What can you learn from the How to Lie With Statistics book? What are the ten techniques that liars use to manipulate statistics? How can you assess if a statistic is reliable?

In his book How to Lie With Statistics, Darrell Huff explains how people (advertisers, companies, anyone with an agenda) can manipulate numbers to yield statistics that support their cause. Since these people aren’t actually lying, it isn’t considered illegal. Huff teaches you what to look out for and how to see through liars.

Continue on for more on How to Lie With Statistics.

How to Lie With Statistics

When searching for the truth, statistics are appealing—they seem like hard, believable numbers, and they’re necessary for expressing certain information, such as census data.

However, statistics aren’t as objective as they seem. In the How to Lie With Statistics book, author Darrell Huff explains how people who want to conceal the truth manipulate numbers to come up with statistics that support their positions. These people—advertisers, companies, anyone with an agenda—often don’t even have to actually lie. Statistics is a flexible enough field that would-be liars can make their case with implications, omissions, and distraction, rather than outright falsehoods.

Not all bad statistics are manipulations or lies, of course. Some are produced by incompetent statisticians; others are accidentally misreported by media who don’t understand the field. However, because most mistakes are usually in favor of whoever’s citing the statistic, it’s fair to assume that a lot of bad statistics are created on purpose.

In this summary, you’ll learn the techniques shady characters use to lie (or imply) with statistics. You’ll also get a five-step questionnaire for evaluating the legitimacy of statistics you come across.

To get their numbers, honest statisticians count a sample of whatever they’re studying instead of the whole (counting the whole would be too expensive and impractical) and take steps to make sure the sample’s make-up accurately represents the whole. They do this by making sure the sample is large (this reduces the effects of chance, which only has a negligible impact on large samples) and random (every entity in the group must have an equal chance of being part of the sample).

On the other hand, liars purposely take samples that don’t accurately represent the whole to engineer the results that they want. Or, they take small samples so that chance gives them the results they want.

Techniques #2-6: Fudging the Numbers (or the Point)

Liars often use the word “average” without specifying what kind of average a figure represents. For instance, they may use it to refer to mean—the number that’s the result of adding up all the sample’s numbers and then dividing by the number of samples.

Giving the mean is advantageous for liars because it hides large inequalities.

Another number-fudging technique is to include a decimal in a statistic to make a figure look more precise and therefore reputable. Liars can engineer decimals by doing calculations (for example, calculating the mean) on inexact figures that weren’t measured to the decimal point.

Like decimals, giving percentages instead of raw figures can make numbers look more precise and reputable than they really are. (Shortform example: If two out of three people prefer a certain cleaning product, this can be expressed as 33.333…%. The decimal adds precision and implies reputability.)

1. Probable error. Probable error is a measure of how reliable a figure is, expressed as a range that the true result will fall between. (It’s impossible to find the single number that represents the true result because measuring systems aren’t perfectly accurate.) Therefore, if you’re presented with a single figure, and aren’t given any indication of how accurate it is, it may not be accurate at all.

If liars can’t find a calculation that gives them figures they like, another technique they use is to focus on other figures that do seem to support what they have to say: in other words, to fudge the point. If they can’t prove something, sometimes, they’ll prove something else that sounds like it’s the same as what they were trying to prove.

This technique involves pushing the idea that if there’s a relationship between two factors, one of them caused the other, and whichever factor is most favorable to a liar’s argument is the cause.

3. The relationship between the two factors may be only due to chance.

4. Even if there is a real cause-and-effect relationship, that doesn’t mean it applies to everyone. Correlations are tendencies.

Technique #8: Truncating Graphs or Add More Divisions to the Y-Axis

To make changes look larger than they are, liars remove the empty space on a graph so that the part the data occupies is the only part shown. This will make the slope of a line look steeper, or the difference between bars look greater.

Technique #9: Failing to Include Labels and Numbers on Graphs

If diagrams and graphs don’t have labels or numbers, it’s impossible to know what they show.

Technique #10: In Bar Graphs, Using Illustrations Instead of Bars

In a bar chart, the height of the bar is what indicates the measurement. If you replace a bar with an illustration, when you increase the height of the illustration, all the other dimensions scale proportionally. Increasing the width and depth (if 3-D) of the image makes the differences between the two images—and thus the differences between what the images represent—look much larger than they really are.

Assessing the Legitimacy of Statistics

In the previous sections of the How to Lie With Statistics book, you learned liars’ techniques for misrepresenting statistics. Now, you’ll learn about a five-question checklist you can go through every time you encounter a statistic to assess its legitimacy. The goal is to find balance—you don’t want to swallow statistics without thinking about them (it’s often worse to know something wrong than to be ignorant), but you also don’t want to be so suspicious that you ignore all statistics and miss out on important information.

Here are the evaluation questions:

1. What is the source of the statistic? The first thing to do when confronted with a statistic is to figure out where it’s coming from. If the source might have an agenda, you should be suspicious of the statistic. (Note that liars often borrow the numbers of reputable organizations, such as universities or labs, but come to their own conclusions using those numbers. Then, then try to make it look like their conclusion is the reputable organization’s conclusion, to give their conclusion more credibility. Check if the organization that provided the numbers is the same one that provided the conclusions drawn from them.)

2. What was the data collection method? Any data that’s based on what respondents say, or how motivated they are to respond to a survey, can skew the truth. When confronted with a statistic that was calculated based on people’s responses, ask yourself if there were any reasons the respondents might have been motivated to lie.

5. Does the statistic make sense? Ask yourself if whatever the statistic reveals seems right, if it conflicts with any well-known facts, or if it’s suspiciously precise.

The How to Lie With Statistics Book Guide 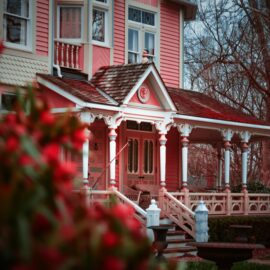 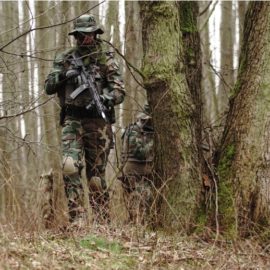