Would you say you are happy in your life? What are some things you can do to cultivate a happier, more joyful outlook?

Like anything worthwhile, it takes effort to cultivate a mindset of ongoing happiness. It won’t happen overnight, but it’s definitely under your control to a great extent.

Without further ado, here are five simple practices to help you live a happy life, no matter the circumstances.

In his book Tools of Titans, entrepreneur and lifestyle guru Tim Ferriss shares advice from interviews with 101 top-performing people from Olympic athletes to ultra-successful entrepreneurs. When he asked them about their take on how to live a happy life, many gave similar answers. Here are some of the most common themes that came up in the titans’ interviews.

1. Be Grateful for Things

One of the most common themes from titans through the entire book was being grateful for life and what it’s given so far. Far from being the cutthroat, take-no-prisoners stereotype of success, the titans tended to reflect on their lives and be thankful for where they are.

Here’s a summary of how people feel gratitude:

When you’re in the thick of it, your problems can be all-consuming. Take some time to get perspective—in the grand scheme of things, your problems today probably aren’t a big deal.

Physician BJ Miller gets perspective by looking at the sky. He contemplates how the light from stars that reaches him is ancient, and that by the time he sees the star it may no longer exist. This puts all his little mundane worries into perspective.

Memento mori: multiple titans use a calendar to count down the number of days they have left to live. The number is frighteningly small—someone at age 30 has somewhere around 20,000 days remaining.

Knowing that all things, good and bad, are temporary can help you overcome difficulties. The book offers a few phrases to remember this:

Connecting with others can also put your challenges into perspective: Author Sebastian Junger notes that a feeling of belonging seems to improve mental health. Disasters like 9/11 decrease suicide, violent crime, and symptoms of mental illness. The reason could be that feeling a sense of collective belonging weakens people’s normal psychological terrors.

Tim Ferriss says most of his interviewees practice some sort of meditation or mindfulness practice. This reduces anxiety, increases happiness, and makes you more aware of your life.

You don’t have to do it every day. Arnold Schwarzenegger meditated regularly for a year in his early life, and, even though he’s stopped, he continues to see benefits. When presented with problems, he can focus, calm down, disconnect his mind, and tackle each problem one at a time.

A similar behavior is working while listening to a single musical track or album on repeat. This puts your mind into a trance-like state of focus and is similar to mindfulness practice.

A common emotional irritant is other people. We nurse our grievances with other people and keep reliving how they’ve wronged us.

This is often a biased, inaccurate view. Once you empathize with the other person, you’ll likely stop hating them so much.

Empathy has practical benefits. Tech investor Chris Sacca argues that empathy helps you develop better products and solutions for people, since you can see the world through their eyes.

Anxiety. Tim Ferriss poses a question in many of his interviews: “What would you tell your younger self?” The most common response was “relax, don’t get anxious—everything will work out.”

Stress. Multiple titans have tremendous pressure to perform under the moment—in a sports match, with a critical business problem, or in warfare. They’ve developed thought patterns to keep them calm in high-intensity situations:

Haters. When you try to reach your goals, people will try to drag you down. 10% of people will take anything personally. Expect it and treat it like math—the more presence you have, the more people who will appear to criticize you.

To disarm your critics, pre-empt their criticism. Address counterarguments in your work, or be self-deprecating.

For the thoughtful critics, take time to address them to show you don’t take yourself too seriously. This will decrease the number of real haters.

Anger. A Buddhist saying: “Holding onto anger is like holding a hot coal while waiting to throw it at someone else.”

When feeling anger, don’t suppress it or swat it away. Acknowledge it explicitly. This helps to dissolve the issue.

Cynicism. Media host Jason Silva notes that being cynical or jaded is like being dead. Nothing impresses you, you feel like you’ve seen everything before, and you see the world through dark lenses.

The 5 Simple Practices to Live a Happy Life 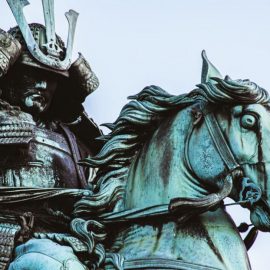 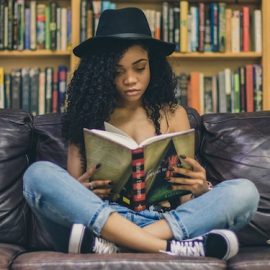