TCI sold to AT&T for $43.5 billion in stock in 1999. So how did John Malone, TCI CEO, build such a high value, high return rate company during his time there?

John Malone was the CEO of Tele-Communications Inc. from 1972-1991. During his time as CEO, Malone focused on growth, and the company. Learn about the management style and practices that made this growth possible.

John Malone was born in 1941 and earned bachelor’s degrees from Yale in economics and electrical engineering, as well as graduate degrees in operations research from Johns Hopkins. He worked at Bell Labs, studying financial strategies in monopoly markets. Unhappy with the bureaucratic culture at AT&T, he joined McKinsey as a consultant.

While at McKinsey, he studied the cable industry, and he immediately saw an attractive opportunity that would come to fruition at TCI company:

In 1970, one of his clients at McKinsey, General Instrument, made an offer to him to run Jerrold, its cable television equipment division. Within two years, he was made an offer by Tele-Communications Inc. to join as CEO.

John Malone’s TCI first priority was to keep TCI out of bankruptcy. He instituted a new lean culture focused on financial discipline, estimating that growing subscribers by 10% per year while maintaining margins would keep them out of bankruptcy. He maintained frugality at headquarters, keeping just a single receptionist and grouping multiple executives in the same motel room when traveling.

Characteristic of outsider CEOs, John Malone’s TCI had a COO, J.C. Sparkman, who enforced budgeting and cash flow benchmarks at the operating divisions. Managers who underperformed were fired.

Over his first 4 years, John Malone pushed TCI to produce the highest margins in the cable industry and saw consistent subscriber growth and cash flow.

Once TCI stabilized, Malone could pursue his master strategy: a virtuous cycle of growth.

At cable companies, the largest expense (40% of operating expenses) was paid to content suppliers (called programmers) like HBO and MTV. Larger cable providers were able to negotiate lower fees per subscriber. John Malone realized that the key was to increase size, which would allow for increasingly better business economics, which would in turn allow for increased size.

Here’s how the virtuous cycle worked in more detail:

John Malone executed the strategy relentlessly, acquiring 482 companies from 1973 to 1989 (this was a rate of one every two weeks). His sole focus was on acquiring subscribers at good prices.

Maintaining financial discipline, John Malone avoided the costly competitions for urban markets, instead focusing on rural and suburban areas. He felt other cable companies were bidding up the price of urban markets, thus making them unprofitable; indeed, when years later the urban companies failed under too much debt and low profits, John Malone acquired them at much lower prices, leading to better economics.

In 1982, TCI became the largest cable provider, with 2.5 million subscribers.

Intelligent Use of Debt

Like many acquisitive outsider CEOs, John Malone used debt to finance acquisitions. As described earlier, he saw that growth for cable companies could come more cheaply than expected—depreciation of capital expenditures and interest expenses would reduce taxes, even if the company had healthy cash flow. Furthermore, increasing scale allowed TCI to access cheaper debt.

Through much of his tenure, he maintained a ratio of 5x debt to EBITDA. John Malone also structured the debt intelligently to prevent defaults in one loan from cascading and causing systemic problems—in technical terms, he avoided cross-collateralization. (Shortform note: Enron’s downfall was caused in large part because of complicated dependencies between their loans. Read our summary of The Smartest Guys in the Room to learn more.)

Like many outsider CEOs, John Malone, TCI CEO, wasn’t haphazard about acquisitions. He had a clear rule—pay a maximum of five times cash flow, after all the fee discounts and operational efficiencies were realized. This simple rule let him move quickly when the price was right, and let him walk away quickly when it exceeded his maximum price.

After the acquisition, like Tom Murphy and Capital Cities, John Malone and Sparkman would institute a lean environment and cut all unnecessary expenses. For example, for one cable franchise, TCI cut payroll in half and moved the team from a downtown skyscraper office to a tire warehouse.

John Malone, TCI CEO, believed that the conventional measure of company performance, earnings per share, was a foolish yardstick for the growing cable industry. He saw that higher earnings meant paying more taxes, which would bleed money that could be used to scale a cable company.

Therefore, he ignored EPS, instead focusing on cash flow. In fact, with CEO John Malone, TCI pioneered the use of EBITDA (earnings before interest, taxes, depreciation, and amortization). At the time, EBITDA was a radically new reflection of a company’s cash flow; today, it’s universal in financial analysis.

As a capital allocator, John Malone only invested in projects that provided clear and compelling returns. One project that often did not meet this bar was improving cable infrastructure. Capital expenditures would reduce cash flow, and he did not see the return on investment on upgrading to new technology. Knowing that implementing new media technology was costly and difficult, he preferred to wait for his competitors to scramble over each other and pave the way first; then he learned from their mistakes and pursued only the paths proven to be economically viable.

He was not shy about one area of investment—joint ventures. At the time of sale, he had developed 41 partnership interests, many in programmers. Among his competitors, he was unique in recognizing the value of investing in cable entrepreneurs and having a mutually beneficial relationship by providing scale to the burgeoning programmers.

Like other outsider CEOs, John Malone’s TCI repurchased a large portion of shares—over 40% of outstanding shares. He took advantage when TCI stock reached especially low multiples. When allocating capital, he would compare the value of buying back stock to making more acquisitions, then make the more profitable transaction.

John Malone’s TCI strategy was similar to the other Outsider CEOs: limit expenses, and create growth. From 1973 to 1978, TCI saw a 30.3% annual return rate, compared to 14.3% for the S&P 500 and 20.4% for public cable companies, proving that his strategies were successful. 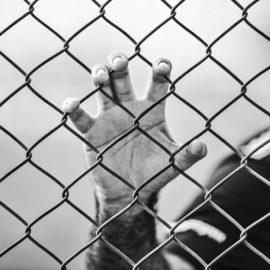 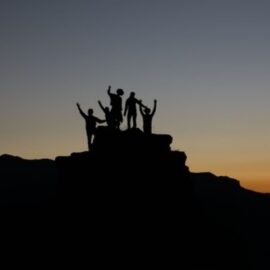 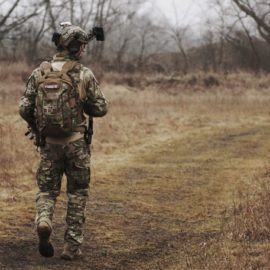 What Is Extreme Ownership? (from Jocko Willink)