Who is Tom Murphy, Capital Cities CEO, who facilitated the sale of Capital Cities Broadcasting to Disney in 1996? How did Murphy create such a valuable company?

Tom Murphy was the CEO of Capital Cities Broadcasting, a media company owning television stations, radio stations, and print publications, from 1966 to 1996. Murphy implemented management strategies that dramatically increased the annual return rate, making him one of the most successful CEOs of a media company during that period.

Read about how Tom Murphy grew the company leading up to the famous Disney deal.

As a prototypical Outsider CEO, Murphy rarely issued stock to fund acquisitions, which would dilute existing shareholders. Instead, he raised debt to fund acquisitions. Since Capital Cities enjoyed industry-leading margins, he would often pay off debt ahead of schedule. Then, with the new profitable asset, he would leverage it to buy other assets. This was a highly repeatable strategy that they employed dozens of times over Murphy’s tenure.

When acquiring companies, Tom Murphy’s Capital Cities focused on businesses it knew it could run well—media businesses that it could buy, make more efficient using its operating playbook, and thus turn into productive assets that could fuel further similar acquisitions. They knew the business model well—advertising-driven revenue with good margins and strong competitive barriers.

In contrast, its peer company CBS engaged in the conventional practice of acquiring unrelated businesses, such as toy businesses and the Yankees baseball team. The conventional thinking was that these acquisitions would lead to diversification, thus avoiding the variability of economic cycles, as well as synergies, where larger companies magically become more profitable through efficiency. However, like many acquisitions by conglomerates of this era, these did not materialize in meaningful synergies or better profits. Often, conglomerates acquired too rapidly and underestimated the difficulty of improving operations to realize cost efficiencies.

When acquiring companies, Murphy prospected carefully for good deals. He had a simple benchmark—the acquisition should have a “double-digit after-tax return over ten years without leverage.”

He was known for being fair. He’d ask the seller what a fair price was, and if he thought it was fair, he’d pay it. If he didn’t, he countered once—if rejected, he walked away. He never engaged in hostile takeovers.

Often, the reputation of Capital Cities preceded him. They were known for being market leaders and fair employers. This lowered the hesitation of potential acquisition targets.

Tom Murphy, Capital Cities CEO, strongly believed that the best decisions were made at the local level. Headquarters gave responsibility and authority to individual publishers and station managers.

As a result, its headquarters was tiny. It saw its role purely as supporting the general managers. There were no vice presidents in functional areas like strategy or marketing and no PR department. This drastically reduced overhead, contributing to Capital Cities having the highest margins in the industry.

In this environment, entrepreneurial general managers thrived. Managers were expected to deliver margins and to outperform their peers. If they met their numbers, they rarely heard from headquarters.

High-performing managers were trusted to take over a newly acquired business or to enter a new industry, even if the manager didn’t have prior experience in the industry.

Businesses that rely on advertising face variability in revenues, often as a result of the larger economic environment. Tom Murphy’s Capital Cities knew that their businesses couldn’t control revenue, but it could control costs. Therefore, they cut wasteful expenditures aggressively, particularly around headcount and perks.

In a famous story, when Murphy first arrived in Albany in 1956, Smith asked him to paint the TV station’s exterior to look better to advertisers. Murphy painted only the two sides facing the road, leaving the other two sides the same.

This spirit carried throughout Murphy’s management. Each year, every general manager prepared detailed budgets for the upcoming year and met with Burke and his CFO at headquarters. Burke would go line-by-line and scrutinize each expense.

When Capital Cities acquired ABC, they immediately cut unnecessary expenses like executive limo service, and they laid off 1500 redundant positions.

Despite their philosophy of lean expenses, Tom Murphy, Capital Cities’ CEO, made choice investments in quality programming to drive more advertising revenue. They realized that the number one station in local news often ended with a disproportionate share of local ad revenue, and so they invested heavily in news talent and technology to lead local markets. Most of the media properties in Capital Cities were local leaders.

As an example of a Tom Murphy Capital Cities transformation, newspaper Kansas City Star was purchased in 1977 for $95 million, with $12.5 million in cash flow and single-digit margins. In 1996, cash flow grew to $68 million and margins grew to 35%.

CEO Tom Murphy of Capital Cities kept his business strategies simple and straightforward. With an eye on growth and a dedication to core business, Murphy managed one of the most successful companies of the twentieth century. 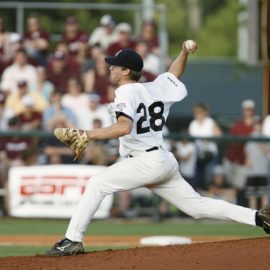