What do Jesus and the gospels mean according to Craig Blomberg? Can the gospels offer evidence that Jesus existed?

Jesus and the Gospels, Craig Blomberg says, show a sort of biography about Jesus’s life. Blomberg, a Christian and a scholar, has closely studied objections to Jesus and the gospels.

Read more about Jesus and the Gospels, Craig Blomberg’s studies, and more.

Jesus and the Gospels According to Craig Blomberg

Strobel begins his investigation by interviewing Dr. Craig Blomberg, a renowned biblical scholar and author of the book The Historical Reliability of the Gospels. (The four gospels are, in essence, biographies of Jesus.) Strobel picks Blomberg because, although he’s a man of faith, he can be trusted not to paper over gaps in the historical record: He is known to have grappled with the objections to Christianity and nevertheless maintained his belief. And when it comes to Jesus and the gospels, Craig Blomberg is an expert.

Jesus and the gospels, Craig Blomberg says, can offer key insights on whether or not Jesus is real. One of the primary points of controversy surrounding the first three gospels (also known as the “Synoptic” gospels) is their authorship: Did Matthew, Mark, and Luke truly write the gospels to which their names are attached?

The answer is yes. Although scholars don’t know for certain who wrote each gospel, early church testimony is uniform on the subject of the authorship of the first three gospels. According to writings by Papias (125 AD) and Irenaeus (180 AD), Matthew, a tax collector also known as Levi, was the author of the first gospel; John Mark, a disciple of Peter, was the author of the second gospel; and Luke, Paul’s companion and physician, was the author of “The Gospel of Luke” and “Acts.” It is unlikely that commentators like Papias and Irenaeus would lie about the authorship of these texts: As a tax collector, Matthew was probably not much favored during Jesus’s time, and Mark and Luke weren’t even among Jesus’s twelve apostles. When later writers created apocryphal (in other words, fictitious) gospels, they used more famous figures like Philip, Peter, and Mary.

There is some debate, however, when it comes to the authorship of John’s gospel, the fourth gospel. An early Christian writer named Papias refers to the author both as John the apostle and John the elder, and it’s unclear whether they’re two different people or the same person; there’s also evidence of an “editor” modifying the very end of John’s gospel. Papias’s writings notwithstanding, the testimony unanimously points to John the apostle as author.

The Incompleteness of the Synoptic Gospels

It’s important to remember that ancient biographies are quite different from the biographies we might buy in our local bookstore. In the ancient world, biographies had a didactic function: that is, they were meant to teach readers lessons rather than depict their subject’s entire life. So Mark, for example, felt no compunction about minimizing Jesus’s early years in favor of the events leading up to Jesus’s crucifixion.

There’s also a theological reason for the gospels’ selective approach to Jesus’s life. Jesus’s teachings derive their authority from his divinity—his death and resurrection, which provided atonement for the sins of humanity. Because this event is the most important part of Jesus’s story, it stands to reason his biographers would concentrate on it.

The Question of Q

“Q” is scholars’ shorthand for “Quelle,” German for “source.” Analysts of the first three gospels have determined that Mark’s gospel was written prior to Matthew’s and Luke’s, and that Matthew’s and Luke’s gospels not only draw on Mark’s, but also include material from an anonymous text, “Q.” Q comprises a compilation of Jesus’s sayings without any narrative to connect them.

Some skeptics have claimed that the existence of “Q” undermines the gospels’ accounts of Jesus’s life because it doesn’t feature miracles. But, though there’s no narration of miracles in Q, Jesus does speak of miracles he’s performed. Because Q predates the Synoptic Gospels, these references provide strong evidence of Jesus’s divinity. Jesus and the gospels, Craig Blomberg claims, shows this evidence.

(Another curiosity is why Matthew and Luke, who were eyewitnesses to Jesus’s works, would rely on Mark’s gospel, which was a second-hand account based on the recollections of Peter. Why would this be the case for Jesus and the gospels? Blomberg responds that Peter was closer to Jesus than Matthew or Luke, and so Mark’s gospel, as a representation of Peter’s account, contained information neither Matthew nor Luke could know.)

The Gospel of John

Scholars and skeptics alike have noted the differences between the gospel of John and the three gospels that precede it. At one time, the scholarly consensus was that the linguistic and theological differences one finds in John were due to the fact it was written last—in other words, John felt no need to repeat the stories told in the prior three gospels. More recently, scholars have opined that John’s gospel was written largely independently of the other three and so reflects John’s own personal emphases.

One of the most obvious differences between the Jesus described in John and the Jesus of the Synoptic gospels is Jesus’s divinity—John’s Jesus is much more emphatic about his status as the Son of God and God himself. Skeptics have latched onto this disparity to argue that John’s account is influenced by legend and likely a fabrication.

Although references to Jesus’s divinity are more pronounced in the gospel of John, they are very much present in the Synoptics as well (see Matthew 14:22–33 and Mark 6:45–52, wherein Jesus walks on water). Another example is Jesus’s reference to himself as “Son of Man” in the Synoptics. Whereas many commentators take this moniker to signify Jesus’s humanity or mortality, it’s actually a reference to Daniel 7:13–14, wherein the Messiah was “one like a son of man, coming with the clouds of heaven.” In other words, “Son of Man” actually signifies deity.

In short, John’s theological emphasis doesn’t compromise the factuality of his account. Although John is more overtly theological than the Synoptic authors, the Synoptics too have theologies: Luke, for example, emphasizes the moral obligation to care for the poor, while Matthew contemplates the relation between Christianity and Judaism.

The Effect of Time on Jesus and the Gospels: Theories of Craig Blomberg

We all know that memory is unreliable; sometimes it’s hard to remember what we had for dinner last night. Can the gospel accounts be trusted given how long after Jesus’s life and death they were written?

In her book A History of God, former nun Karen Armstrong notes that Mark’s gospel, the earliest gospel to be written, wasn’t written until 70 AD, approximately forty years after Jesus’s death. She argues that by that time, the events of Jesus’s life had become so overladen with myth that it’s impossible to treat Mark’s gospel—or any of the gospels—as factual accounts.

For Jesus and the gospels, Craig Blomberg offers two corrections to this account.

It’s worth remembering that the books of the New Testament don’t appear in the order in which they were written. For Jesus and the gospels, Craig Blomberg explains why. In fact, the earliest sections of the New Testament to be composed are Paul’s letters (written between 40–50 AD), which themselves feature elements from an oral tradition dating back to within a few years of Jesus’s death. A key example appears in 1 Corinthians 15. This passage finds Paul repeating the creed of Jesus’s death, resurrection, and appearance to his apostles and followers. If Paul was told of these events shortly after his conversion to Christianity—which took place in the mid-30s AD—that means that Jesus’s divinity was accepted fact in the immediate aftermath of his death. In other words, the earliest accounts of Jesus in the New Testament support the theology of the gospels. 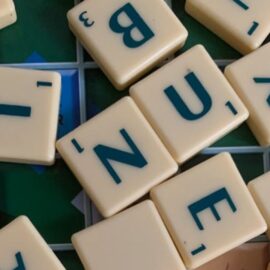 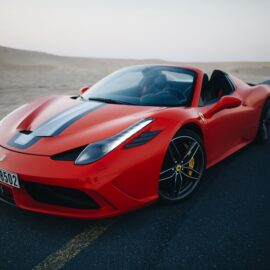