How did Neil Strauss learn how to pick up women in the book The Game: Penetrating the Secret Society of Pickup Artists? Was he successful?

How to Pick Up Women: Mystery’s Strategy

Neil Strauss dove headfirst into the seduction community and quickly learned how to pick up women.

In The Game, to pick up women was the only marker of success. Mystery’s whole strategy was designed to pick up women subtly. Rather than coming on directly and forcefully, Mystery instructed men to take their time and build the anticipation so that the woman would want to be hit on.

In The Game, to pick up women meant you had to follow some rules. The main one was that PUAs don’t do what everyone else does. For example, if every man in the club was gawking at a particularly beautiful woman, the PUA practically ignored her. When the PUA did approach the woman, he never acknowledged her beauty—he may have even subtly downplayed it. The effect was that the PUA stood out among the crowd.

In The Game, how to pick up women was an activity all PUAs bonded over and learned about. Another top guru Strauss learned from was Ross Jeffries.

Jeffries was considered the godfather of the seduction community ever since he introduced Speed Seduction in 1988. Tens of thousands of disciples followed Jeffries’s method of seduction, which blended psychology and hypnosis.

Specifically, Jeffries used a technique called neuro-linguistic programming (NLP). NLP was based on the concept that words, movements, and suggestions could tap into a person’s subconscious to affect her thoughts, emotions, and actions.

Was Being a PUA Good For Strauss?

Shortform note: Even though Strauss got an intense education in how to pick up women, in the years after this book’s publication, Neil was treated for sex addiction, among other mental and emotional conditions. While in rehab for this addiction, a doctor told him that his years in the seduction game had deeply ingrained his dysfunctional behaviors.

After receiving treatment, Neil got married in 2013 (not to Lisa) and had a son. In 2015, he published another book about his recovery from the seduction community, titled The Truth: An Uncomfortable Book About Relationships. He no longer leads seminars on seduction techniques, but rather on how to be happier and more confident. 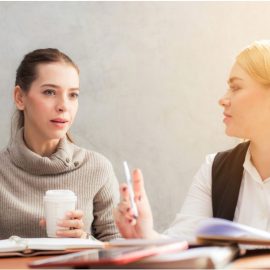