What was life like for Hillbilly Elegy‘s JD Vance in the Marines? What were the lessons of JD Vance’s Marine Corps experience?

We’ll cover JD Vance’s Marine Corps experience and how it helped him escape his hillbilly background.

The final three years JD lived with Mamaw were transformative. He lost interest in drug experimentation, became a good student, aced his SATs, and discovered a love of learning and exploration.

He was happy, living in a stable environment, and felt for the first time that he had options in life. The next test was what to do with these options.

For most kids, including most of his friends, the next logical step would have been to go to college, but JD was unsure if this was the right move for him. For starters, so few people in his family had gone to college. It was an experience and a world that he felt little prepared for.

With his grades and test scores, he certainly had the option. But when the financial aid forms for Ohio State arrived in the mail, he was discouraged. He didn’t think that the cost (and the debt he’d incur) were worth it.

He also feared the intellectually rigorous and unstructured environment of college. He didn’t want to be completely on his own. He wanted to be somewhere that would help him capitalize on his potential, but still give him the guardrails and structure that would keep him on the right path.

One of JD’s cousins recommended that he join the U.S. Marine Corps. As she put it to him, “They’ll whip your ass into shape.”

Of course, the rigors of basic training, the verbal abuse of drill sergeants, and the possibilities of being sent into a war zone were frightening. But when JD spoke to a military recruiter, he became convinced that the Marines would give him the discipline and leadership skills he needed to succeed in life—wherever he went.

JD experienced the first extended separation from his family when he reported for training at the boot camp on Parris Island, South Carolina. Mamaw’s encouragement was a great source of strength for him during the physical and emotional trials of Marine Corps basic training. He also learned, through the voluminous letters his Mamaw sent him, just how much she loved him. This was an important part of JD Vance’s Marine Corps experience.

With his tumultuous home life growing up and the instability that came from his mother’s lifestyle, this sense of being loved and valued meant everything.

JD was grouped together with people who came from outside the hillbilly culture he’d known all his life. There were black and Hispanic kids, rich people from the Northeast, Catholics, Jews, and even atheists. These fellow Marines brought with them a set of values and experiences that JD had never known growing up in Middletown, another crucial aspect of JD Vance’s Marine Corps experience.

Discovering his own potential may be the most important element of JD Vance’s Marine Corps experience. The Marines didn’t just physically whip JD into shape (although they certainly did that). They helped him adjust his attitude and broader expectations about life. They showed him the true potential that he had.

Every time he managed to keep pace on a grueling march; every time he endured the drill sergeant’s screaming; every time he completed a daunting physical obstacle, he was learning to believe in himself and discover just how deeply he’d underestimated his own capabilities.

He was overcoming the learned helplessness of his youth. All his life, he had been taught (and seen from the examples of most of the adults in his life) that his choices didn’t matter. That he was resigned to his fate, no matter what he did. It didn’t matter if you tried or not, so why bother trying? This attitude was utterly inimical to the Marine Corps ideology, where the emphasis was fully on individual responsibility. This was the lesson of JD Vance’s Marine Corps experience.

Eventually, JD was deployed to Iraq. Part of a civilian affairs unit that was doing outreach to the community, he was assigned to work with a local school.

One day while on patrol, he gave a young Iraqi boy a small gift of an eraser. When the child lit up with joy at receiving this humble gift, JD experienced what he calls an epiphany. He realized how misplaced so much of his bitterness and resentment had been. If this young boy in a war-torn nation, living in material circumstances far worse than JD had experienced could still be capable of that kind of happiness, then JD had little to complain about. Learning gratitude was a huge part of JD Vance’s Marine Corps experience.

Living in a wealthy, industrialized country like the United States brought great opportunities for social and economic mobility, even for a hillbilly kid from Middletown—the American Dream wasn’t dead, and he had the power to do anything he wanted.

JD Vance’s Marine Corps experience also taught him how to be a leader. This was where he first gave adults orders to perform tasks—and expected them to be done.

He discovered that leadership wasn’t about screaming and yelling or issuing threats—the primary model of leadership he had seen growing up. He saw instead that being a leader meant earning the respect of those you were supposed to lead.

As an example, he was assigned to become a media relations officer after his tour of duty in Iraq ended. He learned how to build relationships with the press, stay on message, and budget his time wisely. Most importantly, he learned that he could handle complex assignments that he thought he might be unqualified for. He could work long hours and hold his own with high-ranking military brass and members of the press, all while speaking clearly and confidently.

JD’s salary in the Marines wasn’t much, but it was enough to give him some degree of financial independence. He also learned basic financial competence through mandatory classes on how to balance a checkbook, save, and invest.

One of JD’s superiors stopped him from financing an auto purchase with a usurious 21-percent loan. This was the kind of financial guidance he’d never had and he now sees that it helped prevent him from making the kinds of monetary missteps that so many family and friends made back in Middletown. JD Vance’s Marine Corps experience taught him to be financially savvy.

It also gave him the means to pay Mamaw back in some small measure for all that she had done to care for him during his childhood. When her health insurance premiums went up, JD was able to give her the extra $300 per month to cover the difference. Mamaw had never accepted anything from him, but he was learning to be the same sort of provider and protector that she had been—and that his mother had never been.

One fulfilling memory JD has from this period of his life was being able to buy his extended family dinner. Even though it was only Wendy’s fast food, he felt an immense sense of joy and accomplishment watching his loved ones enjoy the meal that he’d paid for. 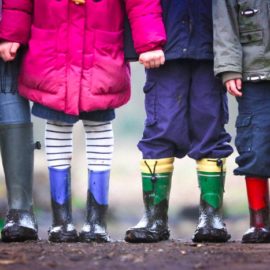 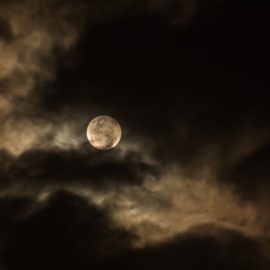