Why do we tend to gravitate towards instant vs delayed gratification? And why does this tendency persist even when delaying the reward for later diminishes its magnitude?

Human nature is embedded in an “immediate-return environment” inherited from early humans and the animal kingdom, where survival and goals were daily concerns. Despite the changes to society, humans still value instant vs delayed gratification.

Read about the psychology of instant vs delayed gratification.

Modern society is structured as a “delayed-return environment,” in which the rewards for many actions come at a later point in the future.

The tendency to go for instant vs delayed gratification can work against or for you. Each behavior encompasses several outcome stages. With bad behaviors, the present outcome is positive, as bad habits serve some immediate purpose in your life.

However, the cumulative outcome of bad behaviors is negative.

Likewise, with good behaviors, the present outcome is less gratifying, but the eventual outcome is positive. In other words, you pay for a good habit now and pay for a bad habit later.

Because of delayed gratification with good behaviors, the best-laid plans often go awry. Deciding to change your life empowers you toward positive action. But when the time comes to act, the temptation to do what provides the most immediate gratification often thwarts the process.

Success in any aspect of life usually requires less attention on immediate gratification. Especially when forming habits, the focus typically is on sacrifice. To mitigate the strain of sacrifice, you must find a way to link small bits of satisfaction to positive behaviors. In essence, you are making human nature work in your favor. This link between a habit and reward is called a reinforcement.

Reinforcements help maintain continued behavior by allowing you to experience a win after a certain action. They are especially useful when a habit does not encompass tangible action, or habits of avoidance.

Habits of avoidance include things like not drinking alcohol for a month and not spending money on unnecessary items. The habit is one of simply not doing something you don’t want to do, so there is no real element of action that creates a sense of progress. Use reinforcements with these habits to make the behavior more satisfying. 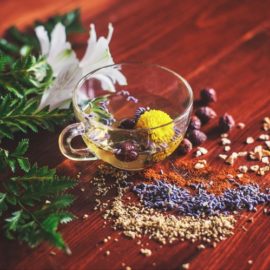