Who is Ross Jeffries? What was his role in The Game, and how did he know Neil Strauss?

Neil had lessons from one guru under his belt. Now that he had a foundation, he wanted to integrate techniques from other gurus, as well. Coincidentally, the next guru that Neil met was Mystery’s business competition, Ross Jeffries.

Ross Jeffries in The Game was considered the godfather of the seduction community ever since he introduced Speed Seduction in 1988. Tens of thousands of disciples followed Jeffries’s method of seduction, which blended psychology and hypnosis.

Specifically, Jeffries used a technique called neuro-linguistic programming (NLP). NLP was based on the concept that words, movements, and suggestions could tap into a person’s subconscious to affect her thoughts, emotions, and actions.

Neil met Ross Jeffries in The Game for lunch, along with two PUAs named Grimble and Twotimer, who were students of Jeffries.

1) He asked the waitress what she felt physically when she was really attracted to someone. His question was designed to make her associate attraction with him. The waitress responded that she got butterflies in her stomach.

2) He suggested that, as she got more attracted to someone, her butterflies probably rose higher and made her blush. As he said this, Jeffries put his hand near his stomach, palm up, and raised it toward his chest.

This was anchoring: The motion created an association between the gesture and the feeling of attraction that caused butterflies and blushing. Throughout the rest of the conversation, every time Jeffries raised his hand from his stomach to his chest, the waitress blushed. The waitress seemed entranced, and she gave Jeffries her number.

3) As the conversation wrapped up, Jeffries rubbed his hand on a sugar packet. He told the waitress he was transferring all the good feelings she was having into that packet, so that she could keep them with her all day. This was called “condiment anchoring.”

Throughout their meeting, Ross Jeffries the PUA had been prying Neil for information about Mystery’s workshop and criticizing Mystery’s strategies. As the only two PUAs offering any form of training, there was an obvious competition between Mystery and Jeffries.

By the end of the afternoon, Jeffries invited Neil to come to his upcoming seminar for free. However, his offer seemed to come with a condition: Jeffries told Neil that he would be Neil’s guru—not Mystery.

Neil was not willing to pledge his loyalty, so he simply thanked him for the invite.

Ross Jeffries the PUA was one of the original PUA gurus, and as such, was protective of the community. Ross Jeffries welcomed Neil Strauss into the PUA community, and demonstrated his NLP technique. 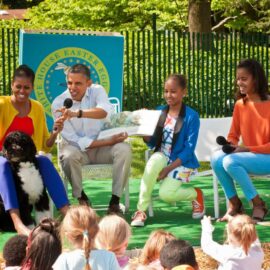