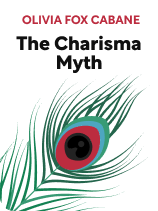 This article is an excerpt from the Shortform book guide to "The Charisma Myth" by Olivia Fox Cabane. Shortform has the world's best summaries and analyses of books you should be reading.

What makes someone charismatic? Are some people just born that way or is it a trait that can be learned?

Charismatic people are magnetic: their personalities make you want to spend time with them. According to Olivia Fox Cabane, the author of The Charisma Myth, charisma is a combination of three traits: mindfulness, authority, and goodwill.

Here is a breakdown of each trait so you can better understand what charisma is.

Before we cover how you can become the most charismatic person in the room, we need to know exactly what makes someone charismatic. When someone seems mesmerizingly charismatic, Cabane asserts that they’re projecting three irresistible qualities: mindfulness, authority, and goodwill. Whenever you interact with someone, you subconsciously rate them on these three qualities, which we’ll explore in detail in the coming sections:

Cabane argues that your brain is self-serving and pulls you toward people with these charismatic characteristics because it senses they have the greatest chance of improving your life.

Cabane identifies mindfulness as the secret ingredient of charisma—the number one factor that determines how much someone will like you. The more mindful you are when interacting with someone, the more charismatic you’ll come across. Even a few minutes of your full attention can make someone feel powerfully connected to you. We all want to feel like we’re the one thing in the world that matters to someone, even if it’s just for a moment.

On the other hand, Cabane warns that if you talk to someone, implying that you care about what they have to say, but keep getting distracted by other things on your mind, they’ll sense you’re being inauthentic—one of the least charismatic qualities possible. Instead of sensing that you’ll make their life better, they’ll subconsciously feel like you can’t be trusted and pull away.

Cabane recommends intentionally practicing being fully present in your everyday life. This won’t come naturally—our brains are wired to constantly seek out new stimuli, on the lookout for danger. We’ll discuss some specific ways you can practice mindfulness a little later.

(Shortform note: This theory—that our ancestors primarily judged each other by authority and goodwill—is the foundation of a social psychology framework called the “stereotype content model.” In theory, people form prejudiced stereotypes of other individuals and groups based on how much authority and goodwill they perceive them to have. The model is intended to add complexity to how we view prejudice—not all negative stereotypes trigger the same emotional reactions. For example, a group stereotyped to be high in goodwill but low in authority—the elderly, or the disabled—will evoke pity rather than pure distaste.)

According to Cabane, someone with authority has mastery over the world. They’re at the top of the dominance hierarchy and have the power to get what they want. Someone who seems confident is reflecting a belief in their own authority. Meanwhile, someone with goodwill regularly shows love and concern to those around them. We’re comfortable when they’re around because we sense they have our best interests at heart.

Like what you just read? Read the rest of the world's best book summary and analysis of Olivia Fox Cabane's "The Charisma Myth" at Shortform.

Here's what you'll find in our full The Charisma Myth summary: 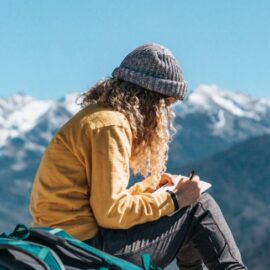 How to Commit to Your Goals: Write Them Down 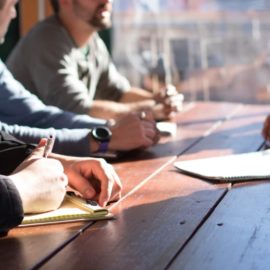 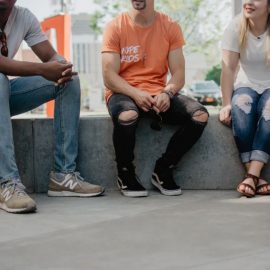