What was the relationship between Gertrude Stein and Ernest Hemingway? What did Hemingway think of Stein? Why did their friendship come to an end?

In his memoir A Moveable Feast, Ernest Hemingway described his friendship with the writer Gertrude Stein. He and his wife Hadley would often visit each other’s houses and discuss topics such as writing and social issues. However, Hemingway and Stein ended up falling out.

American ex-pat writer Gertrude Stein gave Ernest Hemingway advice on his early work. In the next sections, he describes his visits to her apartment and their discussions about writing, the period between the World Wars, and their contemporaries.

Hemingway walked around the Luxembourg Gardens and viewed Impressionist works at the Musée du Luxembourg. Afterward, he sometimes visited novelist and poet Gertrude Stein at 27 rue de Fleurus, where she lived with a companion (Alice B. Toklas). Stein was large but not particularly tall and had nice eyes as well as a German/Jewish face. Hemingway and Hadley often visited the two women together, and the women visited Hemingway’s place in turn.

Stein told Hemingway that she liked his stories, but while his writing was new and unique, he wasn’t good enough yet to be published in any big newspapers or magazines. Also, their sexual content made his stories unpublishable. Hemingway responded that he was trying to authentically reflect the way people talked, which Stein said was pointless if he couldn’t sell his work.

She also urged Hemingway and Hadley to spend their money on paintings by their contemporaries instead of on clothing. Stein liked to write every day, but she derived satisfaction only if her work was published and recognized. She didn’t like to revise and didn’t like to make her writing more readable for a larger audience, as publishers sometimes asked her to do.

Stein also discussed her views of sex and homosexuality. Hemingway acknowledged prejudices against gay people from his childhood days in Kansas City and Chicago, where drifters sometimes preyed on boys. Stein responded that the drifters were criminals and perverts.. However, she expressed prejudices as well, contending that gay male sex was ugly, and men felt ashamed afterward and abused drugs or drink to forget. In contrast, she said women weren’t disgusted by their gay sex acts and lived pleasant lives together.

Gertrude Stein and Ernest Hemingway also discussed books as well as the “Lost Generation,” a term she coined for the modernist writers and artists of the interwar period.

Hemingway often visited Stein after returning from assignments for newspapers and wire services, to update her on anything funny that happened to him on these trips. When he wasn’t updating her on his travels, he sometimes dropped in to talk about books—he liked to read so that he wasn’t thinking about his own writing all the time.

Hemingway was reading D.H. Lawrence and Aldous Huxley, but Stein didn’t care for either of these writers, calling them boring, dead, and preposterous. She suggested he read the work of Marie Belloc Lowndes instead. There were only two writers whom Stein admired, who hadn’t admired her as well: Ronald Firbank and F. Scott Fitzgerald. If you brought up James Joyce with her more than once, you wouldn’t be invited to her flat again.

Falling Out With Gertrude Stein

Hemingway and Stein were such close friends for much of his time in Paris that she invited him to drop in anytime without notice and just leave a note with her maid if she wasn’t home. He helped her prepare and proof her manuscripts, although he didn’t believe men could remain close friends with “great women” for long, especially ambitious women writers. He and Stein eventually did have a falling out, although not because of strong personalities. One day, he dropped in and, while waiting to see her, overheard Stein having an intimate argument with her partner, which greatly embarrassed him. He left immediately, telling the maid he had to see a sick friend. Although they continued to communicate, and Hemingway tried to be civil, their relationship was never the same after that. He reflected that everyone had a falling out with Stein at some point because she eventually argued with them.

Like what you just read? Read the rest of the world's best book summary and analysis of Ernest Hemingway's "A Moveable Feast" at Shortform .

Here's what you'll find in our full A Moveable Feast summary : 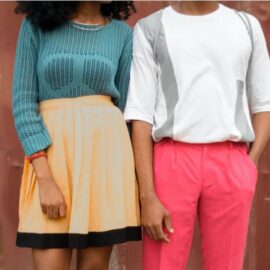 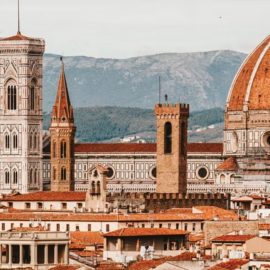 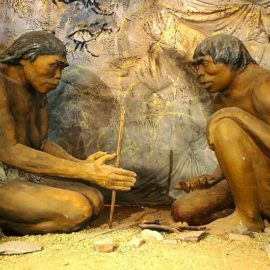 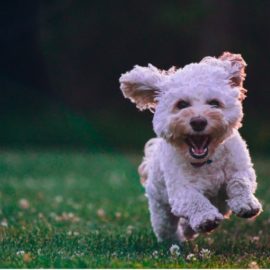 Trevor Noah’s Dog Fufi, and Why She Broke His Heart 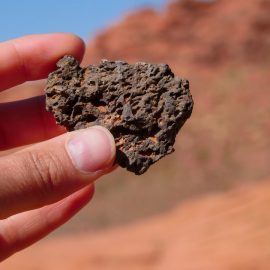 One thought on “Gertrude Stein and Ernest Hemingway’s Friendship”