In simple terms, the exchange rate is the price at which you can purchase one currency using another currency. There are several ways that a country can determine the value of its currency and its exchange rate.

The gold standard has a few advantages:

However, the gold standard is an outdated method of valuing currency—no developed nations use it anymore. This is because it has a significant disadvantage: It can rob a government of the tools it needs to ward off recessions. A government using the gold standard can’t increase or decrease the amount of money in its economy through the fiscal policies that we discussed earlier; it’s beholden to the amount of gold in its coffers. Therefore, it has limited power to influence the flow of capital within its market.

Further, when an economy runs into trouble, foreigners who own that country’s currency lose faith in that currency, and often prefer to redeem it for gold rather than hold onto the currency itself, which they fear will lose value. When many foreigners do this simultaneously, they can drain a country’s gold reserves.

In order to protect its gold reserves, the country has to raise interest rates (because higher interest rates offer more value for investors who own that currency, they encourage people to hold onto the currency instead of trading it in for gold). Unfortunately, this is the exact opposite of what an ailing economy needs—as we discussed above, one of the most powerful things a government can do to fix a recession is to lower interest rates. Raising rates only puts a further brake on the economy, which makes it harder for that country to climb out of its financial troubles. This is essentially what happened in the early 1930s during the Great Depression in America, and it led to ever-increasing unemployment.

Today, most economies have floating exchange rates. This means currencies are traded on foreign exchange markets (similar to stock markets but for currencies) and their values fluctuate against each other based on what traders are willing to pay for them, instead of against something tangible like gold. So, if a firm wants to, for example, change its dollars into yen, it would use the foreign exchange market to trade its dollars for yen at a price set by demand in the market. (A firm might change dollars into yen for a variety of reasons—for example, if a Japanese company sells its product in America for dollars, and then wishes to pay its Japanese workers in yen, it will need to exchange those dollars for yen.)

Floating exchange rates are more flexible than the gold standard because if a country needs to adjust its interest rates or to print more money, it can do so without the constraints of maintaining a physical gold reserve. The fact that the U.S. used floating exchange rates in 2007 to value its currency (instead of gold) allowed it to stave off the worst of the financial crisis with aggressive monetary policy adjustments.

However, this flexibility leads to a disadvantage as well: Firms conducting international business trust the system less, knowing that a government can adjust the value of its currency at any time.

Unfortunately, a fixed exchange rate runs into the same problem that the gold standard faces: A country using this system can’t adjust its own monetary policy based on its real-time needs, because in order to keep its currency pegged to the other country’s, it must mirror the other country’s monetary policies. Therefore, when Argentina fell into a recession in the late 1990s, its government couldn’t cut interest rates or do anything else to stop the downward spiral. The system was unsustainable, and in 2001, Argentina defaulted on its debts—the largest default in history. The country was only able to move forward after unpegging its currency from the dollar. 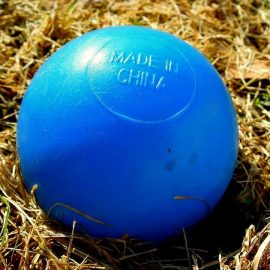 Why You Need to Embrace Risk in Trading

The BRRRR Method of Investing Explained