How has systemic racism in medicine affected research during the 20th Century? What are some examples of medical racism? Is health care discrimination an ongoing issue?

Medical racism is the race-motivated mistreatment or exploitation of people. Throughout the 20th Century, Black people have suffered from systemic racism in medicine.

See five examples of medical racism, which occurred throughout the 20th Century.

In the 1930s, US Public Health researchers at the Tuskegee Institute were curious about exactly how syphilis killed its carriers. To track the progression of syphilis in the human body, the researchers lured hundreds of syphilitic African-American men to participate in the study with free exams and meals, as well as a burial stipend for their families for when they passed away. These men were largely poor and uneducated, and their deaths were slow, painful, and entirely preventable: The doctors at the time knew that penicillin could cure them. Considering this to be acceptable was the result of systemic racism in medicine.

In 1947, seven Nazi doctors were sentenced to death by a US-led tribunal for performing monstrous experiments on imprisoned Jews. Among other horrors, these doctors had sewn siblings together in an effort to create Siamese twins and dissected living people to study organ function.

The tribunal proposed an ethical code, composed of ten points, to govern human experimentation across the globe. Dubbed the Nuremberg Code, the document’s first line mandates the “voluntary consent” of any human subject.

An outgrowth of the eugenics movement of the 1920s and 1930s in the US, “Mississippi Appendectomies” were involuntary hysterectomies performed on black women, typically in the Deep South. These surgeries were performed to prevent African-Americans from reproducing as well as to allow doctors “practice” in performing the procedure. Between the 1930s and 1970s, thousands of African-Americans, men and women, were sterilized involuntarily.

Sickle-cell anemia is a hereditary blood condition that causes fatigue, pain, swelling of the extremities, and other symptoms in the affected. Between 8% and 10% of African-Americans carry the sickle-cell trait (due to intraracial procreation, not biological difference). Despite sickle-cell anemia’s affecting millions of Americans of a variety of races, nationalities, and ethnicities, its research is chronically underfunded because of systemic racism in medicine.

Since the early 19th century, African Americans had traded tales of “night doctors” who would abduct people in the middle of the night for gruesome experiments. These examples of medical racism weren’t just tales of superstition: During slavery, doctors would in fact test new drugs or surgical procedures—the latter without anesthesia—on slaves.

Later, in the early twentieth century, deceased African Americans were exhumed from their graves and sent north to medical schools desperate for cadavers to study. Hence the belief among African-American Baltimoreans that Hopkins was built among poor black people to have easy access to research subjects. 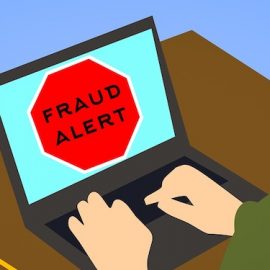 What Is Ethical Marketing? Fibs vs. Frauds

Exercise and the Brain: Cognitive Benefits of Movement