What prompted the need for a code of ethics for medical research? What did the Nazi doctors do that resulted in death sentences for them? How does the Nuremberg Code help protect human research subjects?

The Nuremberg Code of Ethics is a set of principles for human experimentation. The ten-point code was created by a US-led tribunal that tried Nazi doctors.

Learn about the Nuremberg Code and violations of it in 1963.

Development of the Nuremberg Code of Ethics

In 1947, seven Nazi doctors were sentenced to death by a US-led tribunal for performing monstrous experiments on imprisoned Jews. Among other horrors, these doctors had sewn siblings together in an effort to create Siamese twins and dissected living people to study organ function.

The tribunal proposed an ethical code, composed of ten points, to govern human experimentation across the globe. Dubbed the Nuremberg Code, the document’s first line mandates the “voluntary consent” of any human subject.

In 1963, Southam’s ethically questionable practices finally came to light. He’d partnered with Emanuel Mandel, the director of medicine at the Jewish Chronic Disease Hospital in Brooklyn, NY, to inject 22 patients with HeLa cells, but three Jewish doctors, who knew about the “research” Nazi doctors had performed on their patients as well as the Nuremberg Code, refused.

The problem was that the principles outlined in the Nuremberg Code weren’t law; in fact, at the time, there were no laws governing scientific research. For, although the notion of “informed consent” had been present in the law since 1957, it only applied to medical procedures, not scientific research.

So, over the objections of the doctors, the director of medicine ordered a resident to deliver the injections. The three doctors resigned and notified the press. Soon enough, the public outcry was vociferous enough to cause Southam’s and Mandel’s medical licenses to be suspended for a year.
Although the suspensions were stayed and Southam’s and Mandel’s punishment was downgraded to probation, the case made the public aware of researchers’ practices.

The NIH discovered that only a small portion of their grantee institutions had policies to protect research subjects, and a study in the New England Journal of Medicine revealed that researchers had injected children with hepatitis and exposed anesthetized subjects to poisonous levels of carbon dioxide. In response, research institutions began to create and implement policies that protected subjects’ fundamental rights. 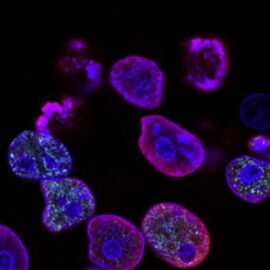