Read on for three examples of adding value to a company, according to Business Made Simple.

Adding Value to a Company

What are some examples of adding value to a company? According to business and marketing expert Donald Miller, successful professionals view themselves as entities that can provide value to a company (rather than merely as employees). He believes it’s important to learn how to quantify and explain what value you add—for instance, how many sales you made last year and what revenue those brought in.

In Miller’s book Business Made Simple, he offers more examples of adding value to a company to demonstrate that you are a good investment to your employer. In this article, we’ll describe three examples of how to add value to your company.

According to Miller, to become a good investment and add value to your company, you should develop and demonstrate strength of character. Some examples of the traits of a strong, value-driven character include:

(Shortform note: In The Success Principles, Jack Canfield adds another, perhaps less appealing, way to maintain your team’s trust: by taking responsibility for bad outcomes that were the result of your decisions. While owning up to mistakes may sound unpleasant, in the long term, it’s better for you and the team because you avoid sowing distrust by deflecting responsibility.)

(Shortform note: The two above traits are psychologically related: When you trust that you know what to do and that you can execute tasks—a concept referred to in psychology as self-efficacy—you tend to be more action-oriented. What’s more, you’re more likely to bounce back from setbacks, a trait we might imagine being well-placed on this list.)

(Shortform note: In The Happiness Advantage, Shawn Achor contends that the above traits of positivity and belief in your ability to improve are especially important in difficult situations. He describes the three responses you can have to a problem: to keep mulling it over and accomplish nothing, to exacerbate the problem through another bad decision, or to take the opportunity to grow and improve. Only when you believe you can improve as a result of adversity will you have the third response and grow.)

Let’s now turn to the effective management of people, another example of adding value to a company, according to Miller. He contends that a value-driven manager relies on input and output metrics as their guiding light because these indicate concretely what they’re doing well and what they could be doing better. An input metric (what Miller refers to as a lead indicator) is a measure of how much work goes into producing an output. An output metric (what Miller calls a lag indicator) is a measure of how much output was produced by the input.

Use these metrics to make decisions that increase the value your department adds to the company. For instance, you might decide that relative to competitors, accruing 300 followers a week isn’t enough, and you might then increase the input metric to garner more followers.

#3: Enhance Productivity by Focusing Only on Critical Tasks

One of Miller’s final examples of adding value to a company is to manage your time to get the most value out of every hour. According to Miller, the best way to do this is to prioritize the tasks that give you the highest return on your investment of energy. Then, delegate or eliminate the other tasks.

(Shortform note: If Miller’s advice to create two task lists to aid prioritization isn’t detailed enough for your needs, you might follow some of David Allen’s advice in Getting Things Done. You could sub-organize your non-critical task list into tasks you’re waiting for additional input on, tasks you want to do at some point, and tasks you’ll need to address in the future. You could also sub-organize important tasks into task types—like personal tasks, delegated tasks, and so on. This might further help you determine which tasks give you the highest return on your time investment.) 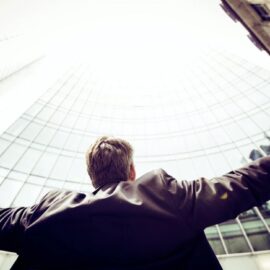 Implied Needs: How to Know What a Customer Wants