What’s causing the recent election threats? Why are poll workers being impacted? How could voting be affected?

Heading into the midterm elections, threats and political pressures have left the U.S. with a potential shortage of election workers to staff polling locations. A sufficient number of election workers is crucial to the democratic process and to running elections smoothly.

Keep reading for an overview of the poll worker shortage and election threats facing the 2022 midterm elections.

Since the 2020 general election, threats of violence and the increasing politicization of the election process have deterred volunteers from signing up to work the polls. Now, with a little more than a week to go before the 2022 midterm elections, the U.S. is facing a possible shortage of election workers, with many groups scrambling to recruit enough volunteers. Experts warn that the decrease in election workers could leave polling locations understaffed, leading to long wait times and closures—both of which would undermine the democratic process by making it harder (or impossible) to vote.

In this article, we’ll discuss why election workers are important, the main factors that are discouraging people from volunteering, and negative polarization—the hatred or fear of other political parties.

Why Are Election Workers So Important?

To understand why election workers are important, it’s helpful to understand how the U.S. implements its elections—that is, how it accomplishes the actual on-the-ground work of registering voters, setting up polling locations, and collecting and tallying ballots.

Each state has a set of permanent, professional election administrators including a state-level elections official and a number of local officials who organize voting in each county (or in some states, each city or township). There’s no federally standardized election structure, so the specifics of election administration vary from state to state, with some states having an elected Secretary of State to oversee elections and others having the governor or legislature appoint a singular official or an elections board. Similar variation exists at the local (county or municipality) level.

In all cases, these professional election officials are responsible for tasks such as designing and distributing ballots, certifying candidates, and maintaining voter rolls. However, the work of actually running the election itself is far more than elections officials can handle.

That’s why, on Election Day, these professionals rely on volunteer election workers to staff polling locations, assist voters, and otherwise help carry out the election. Election workers have different titles in different states—for example, they might be called election officials, clerks, inspectors, judges, or poll workers.

Election workers are crucial to the democratic process. In 2020, many states recruited thousands of new election workers, leading to what some have called the smoothest, best-run election in U.S. history. But in 2022, mounting threats and other concerns may undo that progress.

What Concerns Are Election Workers Facing?

A certain amount of turnover in election workers is natural. Traditionally, most poll workers are over 60. In 2020, concerns about COVID-19 drove many of these older volunteers to step down, and many others have simply retired from their duties. But since the 2020 election, several developments have deterred new volunteers.

Following Joe Biden’s 2020 presidential election victory over Donald Trump, accusations of voter fraud and a stolen election have led to threats against election officials across the country. A March 2022 study found that a sixth of professional election officials have been threatened with violence because of their jobs. For example, a Republican official in Philadelphia received texts and emails promising to murder him and his family after he refuted claims of voter fraud and helped certify Biden’s victory in Pennsylvania. These kinds of threats have happened even in areas that Trump won easily.

These threats haven’t been limited to professional election officials—volunteer poll workers have also been subjected to threats and intimidation for performing their duties. For example, two election workers (a mother and daughter) in Georgia received non-stop harassment and threats of execution after Trump campaign lawyer Rudy Giuliani publicly accused them of tampering with the election.

Some legislators have introduced laws at the state and federal level to better protect election workers and officials from these kinds of threats, but many experts warn that these measures are unlikely to do much good without more funding at all levels of the election system.

These threats of violence are part of a larger trend toward political interference in elections. Election administration is supposed to be politically neutral—for example, most states have rules ensuring poll workers are recruited from a balanced mix of political parties. But officials warn that since 2020, political actors have begun trying to influence the election process.

For instance, several states have proposed laws that would allow partisan actors to circumvent or remove election officials and take a direct hand in elections. In other cases, states have passed laws instituting harsh criminal penalties for election workers who make mistakes. These new laws increase stress for election officials and workers alike, and they could dissuade ordinary citizens from signing up to work the polls on Election Day.

These political pressures don’t just come from politicians, but also from private citizens. Recently, election officials report being bombarded by public information requests demanding records from the 2020 election. While such requests ostensibly speak to voter concerns about election legitimacy, many officials interpret these requests as a deliberate ploy to overburden election officials and workers in the leadup to the midterms. In some cases, election officials have quit rather than face the new workload created by these requests, which one county clerk described as creating “a year’s worth of work.”

Meanwhile, some local officials have been improperly instructing volunteer election workers to violate rules by bringing pens and cell phones to restricted locations and interfering with election equipment if they suspect fraud. Experts warn that these behaviors could slow down election proceedings, violate voter privacy, and intimidate people into not voting. It’s also conceivable that these political incursions could deter volunteers who wish to serve in good faith.

The Coddling of the American Mind explores how a set of dangerous and false beliefs have taken root in the minds of today’s college students, convincing these young people that they are inherently fragile and must be protected from the allegedly harmful impacts of speech with which they disagree.

On and off campus, the stark ideological differences between the left and right have led to “negative polarization”—political mobilization centered not on positive support for one’s preferred party, but hatred and fear of the other party.

These ideas have been given real and often frightening expression on college campuses in recent years, resulting in rioting, mayhem, violence, and intimidation at universities from the University of California at Berkeley to Middlebury College in Vermont.

In February 2017, left-wing protesters at Berkeley assaulted people gathered to hear a talk by right-wing personality Milo Yiannopoulos (a self-described “troll” who admits to making inflammatory statements in order to provoke outraged responses from the left).

The protesters, many of them masked and claiming to be affiliated with the militant anti-fascist group Antifa, intimidated attendees and caused extensive damage to university property. Ultimately, Berkeley gave in to the protesters and canceled Yiannopoulos’s speaking event.

The next month, a similar outbreak of violence occurred at Middlebury College in Vermont. There, controversial right-wing author Charles Murray was scheduled to speak. Murray, in his 1994 book The Bell Curve, argued that social and economic inequality is the result of innate genetic differences that render blacks, Latinos, women and the poor intellectually inferior to white men. Students at Middlebury responded by rioting, destroying property, and even physically threatening Murray and members of the faculty.

Chillingly, these violent riots were justified in the name of stopping violence, because the rioters believed that speech by these (admittedly controversial and deliberately provocative) right-wing speakers itself constituted an act of preemptive violence that denied students from historically marginalized groups “the right to exist.”

This kind of thinking is the essence of destructive common-enemy identity politics. It is inherently poisonous to free debate. If you believe your opponents in a debate are attempting to do violence to you or negate your very existence, then violence is the only possible response. 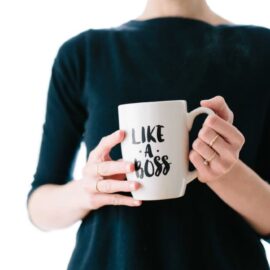