Since Ebola was discovered, there have been several outbreaks of Ebola in America. These outbreaks were of different strains and created serious health crises.

Read more about the outbreaks of Ebola in America and Ebola cases in the US.

The mysteries surrounding filoviruses’ source and transmission intensified with the appearance of Ebola in America.

A Mystery Disease at the Reston Facility: The Start of Ebola in America

Many of the Ebola cases in the US came from the Reston facility outbreak. The monkey colony manager, Bill Volt, considered the fact that the building’s air system was broken, and the heat was running high. The relentless heat could have put a strain on the monkeys and caused the deaths—but that didn’t explain why most of the deaths had been in just one room, Room F. Volt called Hazleton’s consulting veterinarian, Dan Dalgard, to take a look at the monkeys.

When Dalgard inspected the remaining monkeys in Room F, he found two that were sick and feverish. Both died that night, and when Volt and Dalgard dissected the monkey corpses the next day, they found that the monkeys’ spleens were swollen and there was blood in their intestines.

More monkeys in Room F died and Dalgard continued to investigate. None of the monkeys seemed terribly ill, besides having enlarged, tough spleens. However, Dalgard didn’t recognize that their spleens weren’t simply swollen—they had actually become solid blood clots.

Dalgard removed a piece of spleen and collected a throat swab from one of the dead monkeys, and he sent it to Peter Jahrling, a civilian virologist at USAMRIID. Dalgard believed the disease killing these monkeys was simian hemorrhagic fever (SHF), which was fatal for monkeys but didn’t affect humans. After some testing, Jahrling tentatively agreed.

When Dalgard got the verdict from USAMRIID, he killed the rest of the monkeys in Room F, in order to stop the disease from spreading to monkeys in other rooms, and increasing the number of Ebola cases in the US.

A few days later, Dalgard returned to the Reston facility to find that five monkeys had died in a room two doors down from Room F. This was alarming: Not only was the disease spreading, but it could skip rooms, suggesting it could be airborne. This was a significant turning point for Ebola in America.

Thomas Geisbert, an intern at USAMRIID, grew curious about the cultures that Jahrling was growing from the Reston monkey sample. Despite being just an intern, Geisbert specialized in taking high-powered electron-microscope photos and identifying the viruses he saw. He had studied the distinct shapes of various viruses and committed many to memory with concern about an Ebola outbreak in the US.

Under a standard light microscope, the Reston cultures looked like they’d been contaminated by outside bacteria. When bacteria destroy cultures, they create a smell—and when Geisbert and Jahrling opened the flask and took a few whiffs, they didn’t smell anything. However, they decided to put it under the electron microscope for a closer look anyway. It was the Friday before Thanksgiving, and they wouldn’t be back at the lab until a week-and-a-half later.

After the holiday, Geisbert inspected the supposedly contaminated cells under his electron microscope. He recognized what he saw: The cells were bulging with rope-like viruses, just like he’d seen in pictures of samples from Cardinal’s blood. It was a filovirus, but the threads were less curled than Marburg virus particles. This was a change for Ebola in America.

Geisbert and Jahrling thought of how they’d sniffed the flask with the cell cultures, and they worried about their exposure. It had been 10 days, and neither had developed any symptoms—but they were in the middle of the incubation period, so they weren’t in the clear yet. They decided to take the wait-and-see approach, meanwhile testing their blood to check for signs of infection.

Peters was alarmed but cautious about a possible Ebola outbreak in the US. Announcing that Marburg or Ebola had appeared in a Virginia suburb outside Washington, DC would cause panic, so they had to be 100 percent positive. Geisberg collected more samples from the monkey liver, and he captured electron-microscope photos that convinced Peters that it was, indeed, a filovirus.

Now they needed to determine whether the virus was Marburg or Ebola. While they waited for the test results, Jahrling called Dalgard to warn him to be careful, though he didn’t reveal many details. Dalgard had dissected 50 potentially infected monkeys 11 days prior, and he still showed no symptoms—but he worried about the other employees in the monkey house, and further Ebola outbreak in the US. 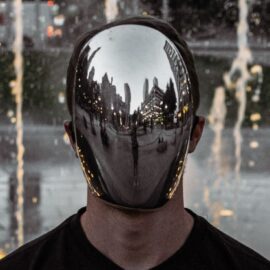 Self-Concept Theory: Deny the Self or Celebrate It? 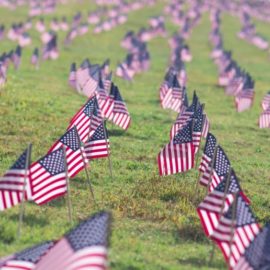