Why do people vote for Trump? What leads people to vote against their own interests?

Since the 2016 election, people have been asking the question “why do people vote for Trump?” especially since it often means voting against their own economic or social interests. In Strangers in Their Own Land, Arlie Hochschild theorizes that people vote for Trump based on emotional truth.

Read more to find out the answer to the question “why do people vote for Trump?”

Why Do People Vote For Trump?

These long-simmering historical resentments among white voters were a crucial factor in driving support for Donald Trump. Indeed, when Hochschild returned to Lake Charles both before and after the 2016 U.S. presidential election, she found that Tea Partiers were nearly unanimous in their support for Trump.

At first glance, the enthusiasm of these rural, religious conservatives for the brash, crude, and famously philanderous New York City businessman/celebrity might seem strange. But the source of Trump’s appeal to cultural conservatives runs far deeper than their surface differences with him. So why do people vote for Trump? Let’s find out.

Liberals often deride conservative white working-class voters for voting against their own interest. Why would non-rich people vote for a party committed to tax cuts for the wealthy, slashing regulation of big business, and the gutting of environmental oversight that results in their communities suffering from contaminated air and water? This is what we categorized in Chapter 1 as the conservative paradox that lies at the heart of American politics. But does it answer the question “why do people vote for Trump?”

But liberals take too narrow a view of what constitutes “interest.” Interests can be non-economic in nature. For blue-collar conservatives, supporting Trump was powerfully in their emotional self-interest. What they admired most about Trump was his willingness to give voice to their grievances and resentments in unvarnished terms.

With his inflammatory rhetoric toward Muslims (whom he proposed outright banning from the country) and the nation of Mexico (along whose border with the U.S. he proposed building a wall to stop illegal immigration), Trump skillfully activated conservative voters’ anger toward line cutters who they believed had usurped their rightful place in line for the American Dream.

Their support for Trump was not in spite of his crudeness; it was because of it. By being more willing than any other Republican candidate to antagonize and enrage through inflammatory rhetoric those whom Tea Partiers saw as their line cutters and enemies—liberals, environmentalists, immigrants, minorities—Trump helped to create a new emotional permission structure that enabled white conservatives to express long-simmering anger and thumb their noses at liberal “feeling rules” (the resentment toward which we explored in Chapter 2).

When Trump called Mexican immigrants “rapists” or encouraged his supporters to rough up protesters at his rallies, he was deliberately discarding the emotional rules that many conservatives feel have been imposed upon them by liberals—that they must only speak about marginalized groups in certain ways and be careful to always use whatever politically correct term is in vogue at the moment.

Trump’s refusal to abide by liberal norms felt like the lifting of a great emotional burden for Tea Party conservatives—and an affirmation that there was nothing shameful about their commitment to traditional values and identities. Trump has restored pride and honor to white conservative America once more. This is a huge part of the question “why do people vote for Trump.”

For the Tea Partiers of southwestern Louisiana, Trump’s status as a businessman—instead of a politician—also made him all the more appealing. To them, he was a great American entrepreneur who had made himself rich through his own hard work and relentless pursuit of success. Now, they believed, he would bring those same skills to bear on behalf of America; and, specifically, on behalf of Americans like themselves.

So why do people vote for Trump? In short, it’s to fulfill an emotional truth and uphold a hierarchy, despite being against their own interests. 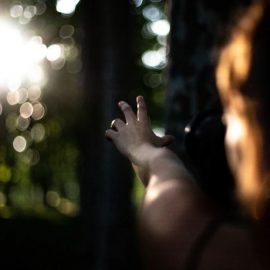 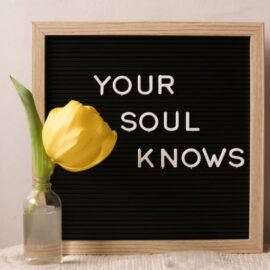