Dopamine is the brain neurotransmitter that is at the root of every craving and desire. Dopamine can be dangerous because it causes a form of arousal when you want something, but does not release any sort of satisfaction when you receive that item. This cycle of want and disappointment can lead to anxiety and addiction.

Here’s everything you need to know about dopamine highs and how to use dopamine in your favor.

How Desire Steers Us Off Course

We know that the brain’s prefrontal cortex handles the important task of self-control. But that sector of the brain is often at odds with another sector—the part that’s responsible for desire (a.k.a. craving, temptation, and sometimes addiction). If you want to achieve more willpower, you need to understand how these two brain sectors compete with each other, and why satisfying short-term cravings often wins out over working toward long-term goals. Here’s how dopamine highs affect willpower.

At the root of every craving or desire is a brain neurotransmitter called dopamine. When the brain senses the opportunity for a reward, it releases dopamine, which causes a form of arousal called a dopamine high. It alerts the rest of the brain to get ready for a reward that will soon arrive. A dopamine high makes us feel alert and excited.

But dopamine has major limitations. It sets us up to chase the promise of happiness without ever delivering on that promise. Dopamine delivers only the excitement of possibility—a hint that something good is coming soon—but not a sense of fulfillment or satisfaction. That’s true not just for humans but also for animals. To a lab rat, nothing is more compelling than the tickle of electrodes wired to its head. When researchers use electric current to stimulate the pleasure center in a rat’s brain, the rat quickly learns to prefer brain stimulation over its basic bodily needs of food and water.

As incredible as it seems, researchers in the 1960s tried a similar experiment on people. The brains of human subjects were implanted with electrodes, and the humans were allowed to give themselves pleasure-stimulating shocks. They responded exactly like the rats—they quickly learned to prefer these shocks over food.

But unlike the rats, humans could answer researchers’ questions after the experiment was over. Their reasons for continually shocking themselves were complicated. They reported that the shocks were not making them happy. Each stimulation made them seek out more stimulation. Because they never achieved satisfaction, they grew increasingly anxious.

The world around us mimics this experiment. If you’re a teenager, you may believe that happiness will be yours if you can just buy a certain pair of sneakers. You see the sneakers in a store window and you feel a little thrill. But then you buy the sneakers, and although you feel a momentary flush of pleasure, you quickly realize that happiness will only be yours if you get the matching trucker hat.

Dopamine doesn’t exist just to make us fall victim to desire. Its evolutionary function is to make us act. Back in our cave-people days, if we saw some juicy, ripe berries growing in a field, our brains would release dopamine so we would feel compelled to go pick those berries and eat them. That act helped to ensure our survival. Dopamine motivated us to do what was necessary for hunting, gathering, and finding mates.

Today, we get that same anticipatory excitement—dopamine’s promise of good things to come—when we smell food cooking, see a sign in a shop window proclaiming “50 percent off,” or chat with that flirtatious co-worker. Your brain can get hopped up on dopamine when you smell coffee beans roasting at your local coffee shop or when you browse through magazines with gorgeous high-fashion images.

When Dopamine Leads to Addiction

Many dopamine-fueled activities are completely harmless, and they make our lives fun and interesting. There’s nothing wrong with occasionally indulging in chocolate cake, buying something frivolous at the mall, or streaming adorable cat videos. But unlike in our cavepeople days, these dopamine-stimulating activities don’t ward off starvation or keep our tribe strong, so we need to pay attention to our reasons for participating in them. Will our actions serve us well, or will they lead us into an addiction cycle?

It wasn’t very long ago when most people used the word “addiction” only in terms of alcohol or drug use. Now we understand that addiction can take all manner of strange, deadly forms. For example, in 2005 a 28-year-old Korean man made headlines when he died from a heart attack after playing a video game for 50 hours straight. He was so hooked on dopamine that he refused to eat or sleep; he just wanted to keep playing.

Some researchers believe our array of digital technology may be more addicting than anything we could smoke, drink, or inject. Many of us are at least mildly addicted to our email accounts or some form of social media. We check our devices compulsively, sometimes even from the first moment we’re awake. If it seems like our behavior is out of control, it’s because dopamine is calling the shots—it’s holding us hostage in a state of suspended anticipation.

We know that dopamine makes the brain crave reward. But since the reward never arrives, we keep longing for fulfillment. And that makes us more impulsive and more inclined toward risk-taking than we would be if we hadn’t gotten the dopamine hit. It’s a vicious circle.

The research: When your brain is hopped up on dopamine, it’s more susceptible to temptations of all kinds. Studies have proven this susceptibility—for example, men who look at pornographic images are more likely to take financial risks, and people who watch commercials about winning the lottery tend to overeat.

Even worse, dopamine doesn’t just make you want things. It also makes you anxious because you’re not getting what you want. For example, when people who love chocolate are shown photos of chocolate, they exhibit a “reflex response”—a mix of alarm and arousal. When asked to describe their feelings, they describe a mixed bag of pleasure, anxiety, and lack of control. The object of their desire—chocolate—is simultaneously causing both pleasure and discomfort.

The promise of reward doesn’t equal happiness. When we constantly answer to dopamine’s promise of reward, we fail at self-control. And sometimes we don’t even get to enjoy immediate gratification.

Example: If you’re hooked on chocolate, you may find yourself binging on chocolate bars without really tasting them. Every time you peel the wrapper off a chocolate bar, your brain is wired to expect a certain reward. Even if the chocolate is 10 years old and made with waxy artificial ingredients, your dopamine transmitters try to convince you that the next bite will be much more delicious. Just keep eating, they say, the reward is coming soon.

But if you slow down chewing and swallowing long enough, you’ll face the truth. No matter what your brain is trying to tell you, this chocolate bar is awful.

The promise of a future reward is often much more compelling than the reward itself. We stand in line at the grocery and salivate at the sight of all those yummy chocolate bars lined up right next to the register. But we also feel the anxiety of trying to decide whether or not we should give in and buy one. We know we don’t “need” one, but we think we might want one. Should we or shouldn’t we? If we should, then which one should we choose? Suddenly a three-minute wait in line becomes a brain workout and a stressful event. Instead of acting on impulse, ask yourself, “If I give in and buy a chocolate bar, am I just relieving the stress that has been brought on by the sight of these chocolate bars, or do I really want one?”

Let Dopamine Work to Your Advantage

It may seem like dopamine causes us nothing but trouble, but we can also make it work in our favor. When you have tasks to complete that you’ve been dreading, mix in a hit of dopamine. If you know that the scent of cinnamon makes you feel good, try putting some cinnamon sticks in a pot of boiling water the next time you need to balance your monthly budget or answer a bunch of emails. If 1980s dance music makes your brain feel good, play The Pointer Sisters’ greatest hits the next time you have to clean out the garage. If you’re a fan of fancy coffee drinks, tell yourself you can stop for a triple chocolate turmeric mocha after you go to the dermatologist’s office for your annual checkup. 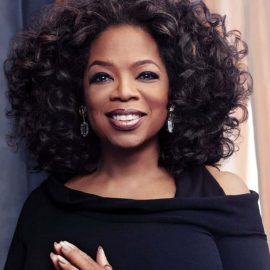 What Happened to You? Oprah and Perry on Trauma