Do you notice others around you being promoted while your hard work is ignored? Can you tell the difference between honest people and those who are trying to take advantage of you?

If you’re a giver, don’t be a doormat in life. It may sound simple, but many givers are easily taken advantage of because of their trusting natures.

Here are Adam Grant’s three tips for givers to gain some respect.

Don’t Be Treated as a Doormat

In the workplace, some givers pave the way to early promotion, and others are treated more like doormats, trod upon by co-workers. In a study of consultants, givers had 1-2% lower salary increases, 15% lower rate of being promoted to managerial roles, and took 2 more months on average to get promoted.

How do you avoid this doormat effect? We’ll cover a range of strategies: detect takers, practice generous tit for tat, and advocate for other people instead of yourself. Don’t be a doormat and follow these tips:

Givers tend to see the best in everyone and operate assuming everyone is trustworthy. Thus givers tend to be twice as susceptible to cons and identity theft.

The key for givers is to distinguish between real givers and fake takers. Fake takers are people who try to appear to be givers, but really behave as takers.

But it’s not hard to detect fake takers. Many people confuse agreeableness and giving. Agreeable people come across as warm and cooperative, and we tend to interpret agreeable behavior as a signal of giving tendencies. In contrast, we perceive disagreeable people as tougher, colder, and more skeptical – naturally, these people don’t seem to have your best interests in mind.

In reality, giving behavior is based on internal values that can accurately be inferred only from behavior and reputation.

Figuring out another person’s true behavior is critical to building mutually beneficial relationships. It avoids givers from being exploited by takers.

Givers tend to be more accurate judges of character than matchers and takers, because givers are more attuned to others’ behaviors and feelings. By trusting others, givers also tend to lower other people’s behavior guards and can observe genuine behavior more often than matchers or takers can.

By detecting fakers, givers can screen people to decide where to focus their energy. One manager consultant offers help to every hire and observes their behavior in the first meetings. People who sincerely want to learn ask questions about the nature of their work. Takers tend to ask how to get promoted and spend time brown-nosing. Another consultant resorted to writing advice guides to scale her advice.

2. Generous Tit for Tat: Trust Most People Most of the Time

Screening can be a first line of defense, but how do you adapt when you’ve already engaged in a relationship with a taker?

One useful tactic is to use matching behavior with takers – tit for tat, in-game theory parlance. Start out as a giver, but once your partner becomes competitive, retaliate by becoming competitive yourself. This is a good start, but it can be overly punishing – you may misinterpret a signal, or the counterparty could have made a mistake. When both parties go negative in tit for tat, it can end up in a mutually destructive deadlock – no person ever takes the high road, and both people are forever locked in taking behavior.

A better strategy is generous tit for tat – match the other person’s behavior, but occasionally forgive a bad act. If someone is regularly competitive, then compete 2/3 of the time, but cooperate 1/3 of the time. This allows recovery from mishaps and avoids lock-in to mutually destructive behavior. This strategy turns out to be the most successful in game theory simulations and biological behavior. This follows the creed: “wait long enough, and people will surprise you.”

Screening and generous tit for tat help givers avoid destructive relationships. But givers can still tend to give away too much in negotiations since they avoid advocating for themselves.

One reason is that givers tend to show too much empathy and care about the feelings of the counterparty. Empathy can weaken self-advocacy and cause you to be a lesser advocate for yourself.

Another reason is that givers have more trouble advocating for their own interests. This is possibly related to empathy, in that givers want to appear warm and kind to the other person and want to make counterparties happy/avoid making counterparties upset. This is exacerbated by perceived zero-sum situations.

Gender plays a role in advocacy strength – in one study of MBAs, 57% of men negotiate their starting salaries, compared to 7% of women, accounting for a 7.4% pay gap. In an experiment, a researcher advertised a study as paying between $3 to $10. In one case, the researcher handed over $3 and said the amount was negotiable. 59% of men asked for money compared to 17% of women. In another, the researcher handed over $3 with no message. 13% of men but 0% of women asked for more.

Generally, givers earn less income, taking a pay hit of $7,000. (Shortform note: this is a complicated topic and might not be entirely due to negotiating style. Givers may tend to choose lower-paying careers, such as working in non-profits or giving roles like teaching.)

How Givers Can Be More Assertive

So how can givers be more assertive in their negotiations, if they feel too much empathy and hesitate to advocate for themselves? By advocating for other people. When givers advocate on behalf of a friend or mentee, they push harder and perform better.

Givers are afraid of violating their own reciprocity preferences – by asking for too much, you risk feeling like a taker. But when you advocate for others, you fully align with your self-image as a giver.

For givers, the solution is to picture yourself as an agent advocating for other important people in your life. Your self-interest usually aligns with theirs. If you’re negotiating for just yourself, you feel guilty about taking too much. But if you’re negotiating on behalf of your children, your family, a group of patients or students, or a greater cause, you fight harder.

In an experiment, male and female executives were asked to negotiate compensation for a promotion with a male counterparty. Males settled on $146,000 as a salary, while women averaged $141,000. But when the females were told to imagine that they were the employee’s mentor and advocating for the employee, the rate boosted to $167,000, while males showed no difference. Furthermore, 74% of women reached an agreement, compared to 46% of males.
(Shortform note: this is an interesting finding that isn’t dissected more in the book. Why were women so much more effective than men at advocating for others? The authors of the research paper suggest there are gender-specific triggers that activate a stronger effect in women than men, possibly related to relationships to groups.)

This type of explanation is called a relational account. It shows your concern for the interest of others, not just yourself.

Do you feel bad saying no to a client’s work requests? Advocate for your team and other clients – accepting the request would mean your team has to endure more stress, and your other clients will suffer.

Does a client demand a special discount? Argue that it would only be fair to give the same discount to all other clients, which would in turn mean sacrificing the salaries of your teammates.

Mindsets for Negotiating as a Giver

Givers should avoid outright empathy for the counterparty. If you feel their feelings, you’ll think you’re more off-putting than you really are, and you’ll want to avoid upsetting them (which can be especially destructive when dealing with a taker).

Instead, take their objective perspective and interests. Understand what they really want and find ways to grow the pie. If you’re in conflict, ask questions about what items they care about most, and what their goals are. You may find that you had misjudged their preferences (and they may not have understood themselves), and there’s a creative solution for you both to maximize your value.

Also, see scenarios as non-zero sum. Many givers are stymied by the fear that if they argue more for themselves, they’ll be taking something away from the other person. But this isn’t always true – just because you ask for more salary doesn’t mean you’re taking away from the company. See it as a way for the company to ensure your continued contributions to the team, because you’ll leave if another employer values you correctly.

Finally, consider that showing assertiveness is impressive to most employers, who (after hiring you) will want to see you advocate on the company’s behalf.

Don’t Be a Doormat: 3 Tips for Givers 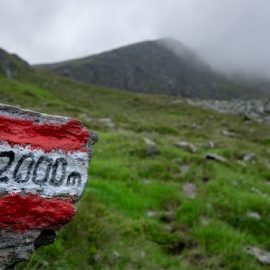 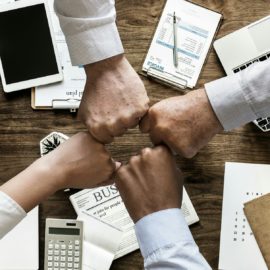 How to Get Rid of Negative Thoughts Spiritually 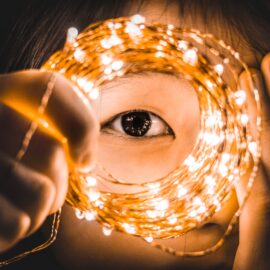 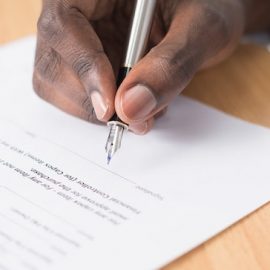 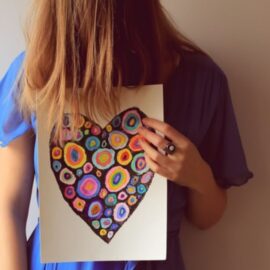