Was Donald Trump a good president? What was the American president like as a leader and as a person? Do you think Trump was fit to be a president?

In A Warning, a book about the behind-the-scenes of Trump’s administration, the anonymous author provides their subjective analysis of the 45th American president. They describe his character traits, decodes the meaning behind his public remarks, as well as the motives behind his political decisions.

Here is a brief overview of Donald Trump’s analysis from the 2019 bestseller A Warning.

Donald Trump Is a Controversial Figure

In A Warning, the anonymous author provides their insider analysis of Donald Trump. Here’s what they has to say about the 45th American president.

Donald Trump as a Leader

The president’s views are paramount—they set the direction of the administration and determine congressional priorities. They build public confidence and trust.

In discussing Donald Trump as a leader, Anonymous argues that Trump’s views are constantly changing, depending on his whims, the last person he spoke with, or something he saw on television.

He reverses himself constantly, whether on health care, abortion, trade with China, or gun control. From the early days of his administration, he amazed staff with his inability to stick with a position. It provides fodder for comedians, memes, and even the sale of novelties, such as Trump flip-flop sandals with differing messages on the right and left soles.

This is the opposite of what the Republican Party is supposed to stand for. The GOP, which has long considered itself to be the party of principles, should be disturbed at Trump’s style of tossing out random ideas to see what “sticks.” Trump has indeed advanced a number of Republican causes, including making conservative judicial appointments and regulatory changes. However, most of the credit should go Congressional Republicans or the senior White House staff, who convinced him to stay the course. He made a shambles of other Republican principles.

Such comments are a window into real Donald Trump’s personality, that is, behind the facade. Often, he’s vulgar, furious and close to losing control. Donald Trump is undoubtedly a controversial figure. Sometimes, he comes across as charming or amusing, especially to people encountering him for the first time. Many find it refreshing that he says whatever crosses his mind, in comparison to the scripted presentations of most politicians. But while we’ve had other undisciplined presidents, Trump is in a class by himself. For those who work with him, amusement quickly turns to alarm and apprehension.

Perhaps Trump’s biggest betrayal of conservative principles has been his rejection of free trade—he’s a stubborn protectionist. Trump has imposed new trade barriers based on a wrongheaded view of economics. He doesn’t understand trade but doesn’t listen when experts try to explain it to him.

Trump believes placing tariffs or fees on imports will make our country wealthier, when actually, it will make the things we buy more expensive.

Here’s an example of how Trump thinks tariffs work: If we put a 20% tariff on sweaters from India, we’ll get $6 on every imported sweater. In effect, Indians will be paying us to buy them. With sweaters selling for higher prices, U.S. manufacturers will start making them again and have an edge over India because U.S. companies won’t be paying the $6 per sweater fee. It will create jobs as well.

However, what will really happen is that Indian manufacturers will raise the price of sweaters they sell in the U.S. by $6. U.S. companies will lose money because a greater share of consumer dollars are going to the more expensive imported goods instead of other things they could be buying.

Trump’s tariffs are a back-door tax on Americans that will cost them more than they saved under his 2017 tax cut. Further, some experts estimate his actions have already caused the loss of hundreds of thousands of jobs. The effects will continue to spread to every industry. Ultimately, low-income Americans who depend on low prices will suffer the most because they’ll have to work longer hours and extra jobs.

It’s time for Republicans to acknowledge that Trump’s economic policies violate conservative principles and are bad for the country.

Trump announced his “America First” foreign policy theme in April 2016, resurrecting the old isolationist slogan, intentionally or not, of those who opposed U.S. involvement in World War II. He also argued that we needed to become more “unpredictable” and stop alerting other nations to what we plan to do. Although his meaning wasn’t clear, the word unpredictable does sum up Trump’s foreign policy.

Partly for lack of direction, Trump’s national security team was slow in coming together. Secretary of State Rex Tillerson and Secretary of Defense James Mattis had international experience, but they weren’t on board with Trump’s isolationist views. Trump fired his national security advisor Mike Flynn after a few weeks for lying to the FBI about his contacts with high-ranking Russians. For a while, no one seemed to be in charge until Gen. H.R. McMaster replaced Flynn and tried to get everyone on the same page.

The problem was that no one knew what to expect from Trump. He might try to end a trade agreement with Canada after getting angry over a phone call with the prime minister. Or he might want to cut funding to an ally. His actions created a sense of policy whiplash on his foreign policy team at home and abroad. His calls with foreign leaders were an embarrassment—he would make strange pronouncements, brag about himself, or fly off the handle.

The president is required by law to produce a national security strategy. Since Trump couldn’t articulate his goals, McMaster’s staff put together a proposal supporting NATO and other U.S. alliances and taking stronger action to counter foes like Russia and North Korea. However, Trump didn’t read it. Consequently, not only are Trump’s advisors in the dark on our country’s direction, so are our allies, who can’t coordinate with us.

While our unpredictability can keep enemies off guard at first, it means they eventually stop taking us seriously. Trump is the boy who cried “wolf!”—our friends and enemies are shrugging him off. As one foreign official said, “…we do our best not to pay attention.” 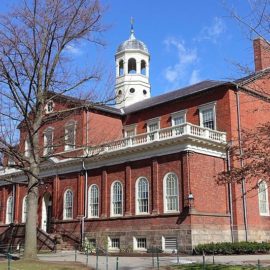 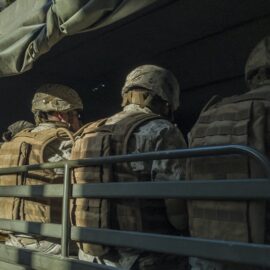