Why were negotiations so difficult when Disney bought Lucasfilm? How did Disney’s CEO Bob Iger convince George Lucas to give up his control?

Disney CEO Bob Iger knew that it would be a difficult road if Disney bought Lucasfilm. Iger would have to negotiate with George Lucas, who was notorious for wanting control over the Star Wars mythology. After many disagreements, Lucas finally sold to Disney.

Continue on to learn how Disney bought Lucasfilm.

After Disney bought Pixar and Marvel, they set their sights towards Lucasfilm, the company founded by George Lucas and owner of Star Wars.

Disney had a long-running relationship with Lucasfilm. In the 1980s, former Disney CEO Michael Eisner licensed Star Wars and Indiana Jones to build attractions at their theme parks. In 1992, after Twin Peaks became a creative phenomenon, Lucas pitched a show that would become The Young Indiana Jones Chronicles. After a good opening, the ratings fell; ordinarily the show would have been canceled, but Iger gave them a second season since Lucas was doing his best and, after all, it was George Lucas.

Now, Iger wanted to approach Lucas about the possibility of Disney buying Lucasfilm, but he had to be careful. Moreso than Pixar and Steve Jobs or Marvel and Ike Perlmutter, Lucasfilm was the baby of George Lucas. He founded the company and grew it over 40 years, and he created Star Wars, which was perhaps a generation’s defining mythology. Lucas’s life would be known for Star Wars, and Iger had to approach Lucas in a way that showed he understood that and would protect his legacy.

In May 2011, Lucas was visiting Orlando to launch the reopening of Star Wars attractions at Disney World, and Iger took this chance to meet with him. He had breakfast with Lucas and his fiancee, and halfway through Iger broached the topic of whether George had ever thought about selling Lucasfilm. Lucas was getting older, and he had no clear succession plan. While he had the ability, shouldn’t George decide how his legacy would be handled?

Lucas agreed. He wasn’t ready to sell, but he was aware that his legacy needed protection after he was gone. And if he did decide to sell, he said the only candidate would be if Disney bought Lucasfilm. He had always trusted Iger for giving the Indiana Jones show a fair chance, and now he saw what a magnificent job they’d done with Pixar.

Upon hearing the news, Iger’s deputies urged him to press forward with the conversation. But Iger knew that, in this case, the action had to come from Lucas himself. So they waited.

At the end of 2011, seven months later, Lucas called Iger. He was now ready to let Disney buy Lucasfilm.

In a meeting, Lucas stressed that he wanted “the Pixar deal”—specifically, a deal worth around $7.4 billion, what Disney paid for Pixar. George believed that Lucasfilm was at least as valuable as Pixar. Immediately, Iger knew this was an undoable price. Despite Lucasfilm’s renowned brands, it was in a materially different position from Pixar. Pixar had six movies in the pipeline; Lucasfilm had none. Pixar came with a fully-developed team of directors, technologists, and writers; Lucasfilm was the only director. Moreover, because Lucasfilm wasn’t a public company (unlike Pixar and Marvel), Disney could only guess at its financials and operational information.

Iger asked Lucas for confidential access to Lucasfilm’s operating information to get a better sense of the price they could offer, and George agreed. Disney’s team went to work, estimating the value of possible new Star Wars films, consumer products and toys, and additions to their theme parks. However, there was still a lot of uncertainty—unlike with Marvel, there was no cohesive creative vision around the future of Star Wars, and the development could be drought with risks and setbacks.

Iger went back to George and said the price range they could offer was between $3.5 billion and $3.75 billion. Lucas had abandoned his expectations of Pixar pricing, but being priced lower than Marvel was a slight. Iger went back to his team and, with some more aggressive estimates, they could pay $4.05 billion, just a hair above Marvel’s price. Lucas agreed.

Even with the price settled, the thornier negotiation point was the extent of George’s creative control at the new company. In George’s view, he should retain creative control over what Disney developed without being an employee. Iger knew this was a non-starter—they couldn’t pay $4 billion and then give Lucas carte blanche to develop whatever he wanted.

The discussion stalled on this point for months. Lucas couldn’t bear the thought of having no control over his mythology; Disney couldn’t responsibly give up their control. Twice, discussions stopped entirely due to disagreements.

What finally pushed the deal over the edge was finances. Due to capital gains changes starting in 2013, Lucas would lose $500 million if he didn’t sell by the end of 2012. In the end, George relented, choosing to serve as a consultant for Disney at Disney’s request, with Disney having no obligation to use his ideas.

At the end of October 2012, they signed the agreement and announced it; the deal closed in December that year.

To justify the $4 billion price of Disney buying Lucasfilm, Disney had to make new Star Wars films on a tight timeline, and they had to be blockbusters. The pressure on the first film was enormous. The Star Wars fan base was deeply committed, and there hadn’t been a Star Wars film since 2005, seven years earlier, and now this would be the first one without George Lucas involved. Disney had one shot to convince the fanbase that they weren’t going to destroy decades of legacy.

Disney hired J.J. Abrams as director, and Iger joked that this was a “$4 billion movie.” Abrams didn’t find this funny. Through development, Abrams felt the pressure, but he faced it valiantly, and Iger made clear he supported him fully and shared in the stress.

Despite selling Lucasfilm and becoming a billionaire, George Lucas still found it hard to stomach his lack of creative control. Early in development, the Disney team met with Lucas to share their script. Lucas was appalled at the direction and insulted that they hadn’t used ideas he had previously contributed. Then, when George saw a screening of The Force Awakens, he was disappointed in its lack of innovation—unlike what he strove to do with each of his films, this new film had no new technology, no new visuals, no new groundbreaking worlds.

Despite these criticisms, the Disney team held firm. Their job wasn’t to break the mold too early; they needed to gain the trust of Star Wars fans, and this meant a movie that was strongly rooted in the past, even if it was somewhat unoriginal. And, to his credit, George Lucas followed the non-disparagement clause in his contract and showed up at the movie premiere, where he got a standing ovation from the audience.

The Force Awakens turned out to be a critical and commercial success, and the Disney team was relieved.

On reflecting on the three major acquisitions in Pixar, Marvel, and Lucasfilm, Iger notes that authenticity was critical to making the deals. The major owner of each company wanted to know that Disney was going to protect their company’s legacy, and Iger thinks they did an admirable job of it. 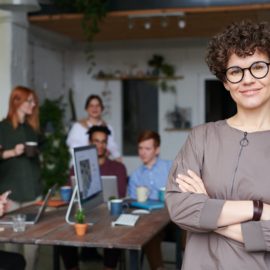 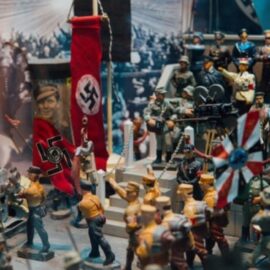 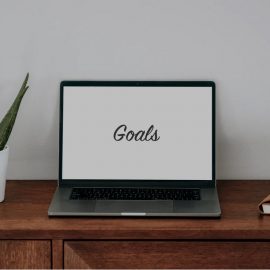 How to Set Business Goals: Make Them Realistic 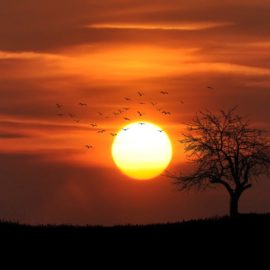