Why does the traditional leadership model frequently fail to achieve the best results? What’s a better alternative?

In Turn the Ship Around, submarine captain L. David Marquet shares his experience with traditional leadership in the U.S. Navy. Everywhere he turned, the assumption was that people are either leaders or followers. Experience taught him something different, and he changed the way he led.

Read more to learn why traditional leadership is not always the ideal model.

Marquet’s early ideas on leadership came from reading classics and from movies, where plots centered on a heroic leader and his followers. His Naval Academy training reinforced traditional leadership, which is based on the assumption that people are either leaders or followers. However, after several frustrating early experiences, Marquet began questioning the model of traditional leadership and ultimately rejected it.

After beginning his career as a junior officer on USS Sunfish, Marquet was assigned as an engineer on USS Will Rogers, a nuclear-powered ballistic missile submarine known as a boomer, armed with 16 Poseidon missiles.

Marquet supervised one of two 60-person crews operating the control room and nuclear reactor. Hoping to generate the passion he felt on Sunfish, Marquet gave the crew more control over their work. Instead of involving himself in details, he tried explaining the objectives and leaving it to the crew to determine how to meet them. But things went badly—the crew made mistakes in maintenance that required redoing work. They missed deadlines and fell behind schedule.

Upon inspection, he found that bolts on a seawater heat exchanger had been improperly installed to save time. Failure would have been disastrous. After that, things got even worse—when he gave people authority to make decisions, they made bad ones. So he reverted to assuming total control and making all decisions.

Meanwhile, Will Rogers seemed to be a dead end for careers—no one got promoted or advanced. So Marquet took a job doing START and INF treaty inspections in the former Soviet Union, instead of seeking a staff job on a submarine. (Shortform note: START was the Strategic Arms Reduction Treaty of 1991 and INF was the Intermediate-Range Nuclear Forces treaty of 1987.)

But after he completed that assignment, Marquet found he’d been promoted to executive officer, a step below captain, and he would be going back to sea on a submarine.

While on the treaty inspection assignment, he studied leadership, psychology, and communication, and reflected on his experiences—the energy and motivation he felt on Sunfish and the frustration of his three years on Will Rogers.

1) Empowerment—the idea of empowering someone or of being empowered by someone—seemed manipulative. He felt power should come from within. Action was our natural state as humans. After all, as a species, we took over the earth. If we hadn’t disempowered people, we wouldn’t need empowerment programs.

2) Micromanagement: He preferred getting specific goals from a manager, with the freedom to decide how to accomplish them. Checking off a list of tasks was mind-numbing and unfulfilling.

3) Dependence on a leader: Too often, the success of an organization was determined by its leader’s technical competence. Ships with a good commanding officer (CO) performed well; those with a bad CO performed poorly. Capability shouldn’t depend on one person, but should extend throughout the organization.

On Will Rogers, Marquet tried to layer an empowerment program on a leader-follower structure, which didn’t work because the overall culture hadn’t changed.

This experience reinforced his feeling that something was fundamentally wrong with the leader-follower approach and its variant, the leadership-empowerment approach. Simply urging people in a traditional structure to take ownership wasn’t going to change things.

The Appeal of the Tried and True

Navy officers like the leader-follower model because the Navy rewards current performance. Officers strive to be indispensable while serving and missed after they leave. A unit’s drop in performance after an officer leaves is taken to mean he was a good leader, not that he failed to develop people.

Meanwhile, some followers also like the leader-follower structure because they’ve become comfortable with their role as just a cog in the machine. They avoid the effort and risk of thinking, not to mention accountability, when their job is to execute others’ orders. “I was just following orders” is the ready excuse when things go wrong.

However, there’s a long-term cost: the loss of human potential. People who’ve been treated as followers also treat others that way when they become leaders, perpetuating a system that wastes the energy and intellect of a majority of people.

Understanding the assumption that traditional leadership is based on will help you choose the best model for your team. 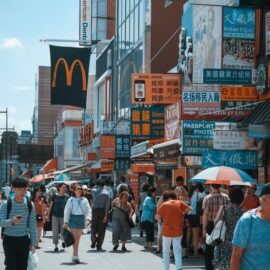 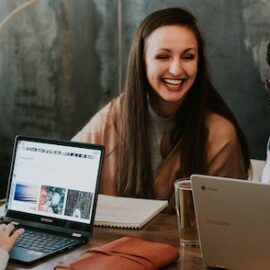 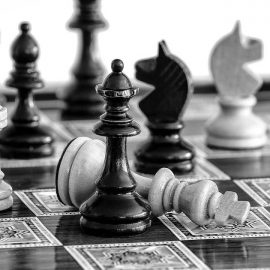 Is Competition Good for Business? Peter Thiel Says No