Does your company employ people from a diverse range of backgrounds? How can you adapt your policies to accommodate for cultural diversity in the workplace? What can you learn from how Netflix handled this hurdle?

In their book No Rules Rules, Netflix CEO Reed Hastings and author Erin Meyer discuss the challenges Netflix faced when it started to grow internationally. He learned two major lessons about working with people from different cultures and now Netflix successfully operates in over 190 countries.

By 2011, Netflix had cultivated a culture of autonomy and accountability that was enabling the company to produce great results in the U.S. Hastings began expanding the company into other countries—first in Canada, then Latin America, Europe, and Pacific Asia. By 2016, Netflix was in more than 130 countries worldwide.

(Shortform note: Netflix is now in 190 countries, setting the stage for the company’s next phase and a new form of disruption: producing non-U.S. content. This strategy seems to be paying off. Netflix has a roster of international hits, including the wildly popular Spanish show Money Heist and the record-breaking South Korean drama Squid Game.)

Still, Hastings knew from his past international travels that certain experiences and practices can’t be translated directly into other cultures. He considered whether the corporate culture he’d worked so hard to develop would work outside the U.S., or whether it would cause confusion and misunderstanding due to cultural diversity in the workplace.

He made a plan to make the international expansion as smooth as possible: He would find foreign job candidates who could adapt to the culture he had carefully cultivated at Netflix. The company would then train those new hires on the ins and outs of working within a culture of autonomy and accountability. Additionally, while Hastings acclimated international employees to the Netflix way, he would also remain open to adapting to and learning from their cultures.

Hastings wanted to remain vigilant about finding the areas in which Netflix’s corporate culture clashed or aligned with local cultures so that he could lead his American and foreign employees in being as effective as possible. Hastings found a tool for this task when he read The Culture Map by Erin Meyer, who co-authored this book. Meyer had created culture charts that used scales to measure norms for various behaviors, such as communication and decision-making. By comparing the charts of different cultures, Hastings could quickly and easily see how two cultures were similar as well as different, and that insight could help him develop ways to bridge those differences.

Hastings found that his employees from other cultures often struggled most with Netflix’s culture of candor. This was a cornerstone of Netflix’s culture, but each country’s attitude toward candor and providing feedback—especially to superiors—differed greatly.

Through their experiences in countries with indirect cultures, Netflix’s leaders learned important lessons for creating a comfortable middle ground in which employees from indirect cultures can still adhere to the company’s culture of candor.

(Shortform note: To better understand a culture’s approach to candor or other company practices and attitudes, consult an expert such as a local corporate anthropologist. This anthropologist can serve as a “culture translator,” helping you understand local norms and behaviors, as well as correcting any stereotypes that you might have about a culture. Another way to understand cultural nuances is to ask employees directly about their expectations and preferences.)

According to Hastings, Netflix leaders discovered that employees in indirect cultures struggled to give feedback on the spot—but if they were given guidelines and assigned to prepare feedback, they excelled as they would on any other task. Managers thus learned not to expect impromptu feedback among employees and instead tweaked their strategy, making feedback an agenda item for meetings, providing instructions and a clear structure for the feedback, and investing time and effort in relationship building to soften the sting of negative feedback.

(Shortform note: During these formal feedback sessions, you shouldn’t just be mindful about your delivery of negative feedback but also of the culture’s attitude toward positive feedback. While some cultures thrive on praise and positive reinforcement, others see praise from their managers as unwelcome. In Japan, for example, praised employees may feel embarrassed and worry that the praise might cause their co-workers to view them with mistrust. In these situations, it might be better to commend the team rather than singling out an individual.)

Lesson #2: Learn About Other Cultures and Adapt Your Feedback Style Accordingly

The way people interpret the tone of communication is relative. A message that may sound straightforward and perfectly acceptable in an American office could be considered rude and aggressive in a Singaporean workplace—and the same message could sound indirect and fluffy to a Dutch employee.

Netflix employees must understand the company’s emphasis on candor while also keeping in mind that their colleagues from other cultures may have different attitudes toward frankness. To prevent cultural differences from impeding progress and efficiency, Netflix employees across the globe must adapt to giving and receiving feedback that is more (or less) candid than they’re typically comfortable with. This might mean softening your negative feedback by refraining from placing blame and by framing the critique as a suggestion. 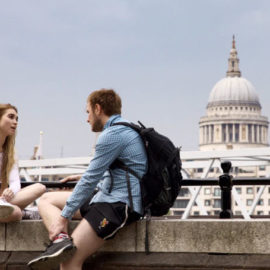