In the Ebola book The Hot Zone, journalist Richard Preston explains what a hot zone is. He explores the various Ebola outbreaks, their origins, and their impacts.

Read more about this groundbreaking Ebola book and what it says about the different Ebola hot zones.

The Ebola virus is greatly feared, but not well understood. Scientists know the virus jumped to humans from African monkeys, but they don’t know where the virus originated or how it infected the monkeys in the first place.

Ebola virus has appeared only a handful of times and, despite being highly infectious, it has never spread to become a full-blown epidemic. However, Ebola’s brutal attack on victims’ bodies, astronomical kill rates, and ability to mutate make it a constant potential threat.

The Hot Zone explores how Ebola and its family of viruses affect humans, the history of known outbreaks, and the possibility of a future epidemic.

Ebola belongs to a family of viruses named filoviruses, meaning “thread viruses,” because they look like threads or ropes under a microscope.

The first recorded outbreaks of the filoviruses occurred in a 15-year stretch in the 1960s and ‘70s. Distinct symptoms like victims’ red eyes helped doctors draw connections among the diseases.

The Ebola book explains the first Ebola outbreak of a virus called Marburg. The hot zone definition is clear here, since the virus infection 31 people in a factory in Germany in 1967. But before that, between 1962 and 1965, several Ugandan villages around Mount Elgon—not far from Kitum Cave—were hit with outbreaks of an unusual disease that killed not only villagers but also monkeys. The symptoms included a strange skin rash and bleeding.

The village microbreaks went relatively unnoticed, but in 1967 a vaccine factory in the German city of Marburg experienced an outbreak that infected 31 people and killed seven.

Yu. G. never went to the hospital—he died in a cot at home—nor was he well known outside his family and coworkers. Nevertheless, he set off an outbreak of the virus that was later named Ebola Sudan.

No one knows where or how Yu. G. contracted the virus, but it soon spread to a few of his coworkers, from whom it spread to friends, families, and a nearby hospital. From the hospital, the virus took off through the reuse of dirty needles, meeting the hot zone definition.

Ebola Sudan killed hundreds of people in central Africa. The virus’s 50 percent kill rate was comparable to the bubonic plague of the Middle Ages.

After several days, Monet’s coworker took him to a nearby hospital. The doctors didn’t recognize the illness, nor did they know how to treat it. When antibiotics didn’t help, they suggested he go to the best private hospital in East Africa, Nairobi Hospital. Sick as he was, Monet was still lucid and mobile, so he got in a taxi and headed to the airport.

The Army Sterilizes the Monkey House in The Ebola Book

What is a hot zone when it comes to animal outbreaks? When there was an outbreak amongst monkeys in a research lab, officials immediately declared it a hot zone. Within a few days, the media had caught wind of the viral outbreak at Reston. On the morning of the Army’s first sterilization operation at Reston, the front-page story in The Washington Post was about the discovery of Ebola in the monkey house.

Peters had given the reporter a quote for the story, speaking carefully to avoid raising panic and to assure the public that everything was under control. The Army had to act as cautiously and inconspicuously as possible during its mission to avoid making a scene at the Reston facility.

The American Centers for Disease Control (CDC) was eager to get a sample of the nun’s blood as well. Karl Johnson, the head of the CDC’s Special Pathogens Branch—which investigated new and unknown viruses—called a friend at the English lab to ask for a small sample of the blood.

Johnson and several other CDC doctors flew to Geneva to tell the World Health Organization what they had found. Then the doctors continued on to Zaire and Sudan to try to stop the outbreaks.

Presumably, these measures played a major role in preventing the virus from spreading further and sparking a major epidemic. 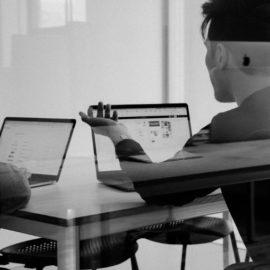 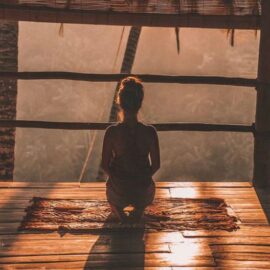