What can you learn from Scrum by Jeff Sutherland? Why does the Scrum method work better than traditional management systems?

According to software developer and management expert Jeff Sutherland, the methods most companies use to build products are misguided and lead to inefficiency. Too much time is spent planning, too much energy is wasted on unimportant tasks, and not enough emphasis is placed on flexibility. That’s why he came up with the Scrum method.

Scrum: The Art of Doing Twice the Work in Half the Time

The way the business world operates, according to software developer and management expert Jeff Sutherland, is fundamentally flawed. In Scrum, Jeff Sutherland explains the Scrum framework, which he positions as a better time-management system than the traditional top-down approach. By using the carefully structured yet open-ended Scrum framework, a company, or any project team, can become much more efficient and productive.

Jeff Sutherland is a software developer who co-created Scrum alongside fellow software developer Ken Schwaber. A former fighter pilot and Assistant Professor at the University of Colorado Medical School, Sutherland has since helped dozens of businesses implement Scrum into their development process.

Scrum is a framework made to help people and organizations efficiently solve complex problems with creative solutions. Scrum is designed to be simple, and it’s based on a simple idea: When working on a project, check in regularly to make sure you’re heading in the right direction, and remove anything that might be slowing you down. The pillars of Scrum are incremental progress and adaptability rather than following a carefully prescribed plan. Applying the Scrum framework will help companies produce more value in less time by eliminating waste and maximizing time.

Scrum Versus a Traditional Management System

Within the Scrum framework, Sutherland advises that your team constantly inspect its methods and processes so that you can adapt to problems or changes in real time. This contrasts with a traditional project management style where you’d wait to finish a pre-planned stage and then review your results—by which time it’s often too late to fix issues.

(Shortform note: In general, it’s good practice to assess your work as you’re working on it. Waiting to review something until after it’s complete can waste a lot of time and energy. This can be used in your daily life as well. Instead of waiting until the end of the month or end of the quarter to review your own performance, why not do it every day? One expert recommends you write down your daily routine and go over it to determine how to better spend your time.)

The basic techniques of the Scrum method that Sutherland outlines start with building an effective team. The next step is assessing and prioritizing the needed tasks, and then finally, approaching those tasks through Sprints—short, focused bursts of work.

Build and Maintain an Effective Team

In modern businesses, Sutherland insists, too much emphasis is put on individual achievements, rather than the team’s accomplishments. But he argues that the team, not individuals, is creating a product, so it’s important to focus on collective performance. This holistic approach to management, emphasizing teamwork, is a pillar of the Scrum framework.

(Shortform note: In Inspired, Marty Cagan agrees with Sutherland’s basic framework of having a product manager direct the vision of the project and oversee its task list. Cagan emphasizes that the person in this role be clearly a project manager rather than a product manager—in other words, this person oversees the work and the process, not the technical details of the product itself. Although Sutherland uses the word “product” in his title for this role, he sees the role in the same way Cagan does.)

While the Product Manager is responsible for making the product valuable, the Scrum Coach is responsible for making sure the team is working as efficiently as possible. She coaches the team in the ways of Scrum and keeps the team working within the Scrum framework. The Scrum Coach does this by encouraging the team to self-organize and share knowledge and removing impediments to the team’s progress. She doesn’t assign specific tasks but instead ensures that communication is open and the team is making consistent progress.

(Shortform note: The 4 Disciplines of Execution discusses the way organizational coaches can help implement a company’s vision. An internal coach benefits an organization by providing the team with the information or support they need and training new employees or leaders in the ways of the organization.)

(Shortform note: In Inspired, Cagan calls the team members with this role engineers. He notes that because the engineers will understand the product in more detail than the project manager will, they’ll be able to come up with creative, realistic solutions to problems. This aligns with Sutherland’s ideas for this role, in which the developers figure out how to approach the specific tasks while the Product Manager focuses on the big picture.)

To do this, he advises that you create a task list, or what he calls a “backlog,” of all the things that need to be done to make your vision a reality. The task list should include every possible task that might be needed for the end product.

Then, with the task list complete, go through the entire list and rank each item by importance. Ask which tasks will have the biggest impact and create the most value for the customer, as well as which will be the most profitable and which will be the easiest to complete.

Once you have a clear picture of which tasks will bring the most value in the least amount of time, he advises that you simply begin working on those tasks.

In this way, the Scrum method improves on traditional project methods, which would begin by making a big roadmap for the project. The Scrum method takes a much simpler and straightforward approach by simply beginning on the most important tasks without a large, comprehensive plan.

A Sprint is the core process within Scrum. Sprints are fixed lengths of time, usually one or two weeks, in which the team works on a particular task or tasks. The key values of the Scrum framework are developed and maintained inside Sprints. Sprints are where the work gets done, where value is created, and where people turn ideas into reality.

(Shortform note: Sutherland and Ken Schwaber introduced the term “Sprint” in the essay “SCRUM Development Process,” which they first presented in 1995. Since then, the idea of working in Sprints has become ubiquitous in business management circles. Jake Knapp wrote a book on Sprints in 2016. We also see it show up in news articles that claim working in sprints will “transform your productivity,” and recommend working in short bursts even in your personal life.)

Sutherland gives us four phases to a Sprint cycle.

At this stage you should have a prioritized task list and a Scrum team ready to begin working. The goal of this phase is to determine three things:

Sutherland recommends that during each Sprint, the Scrum Coach and Developers hold short meetings every day. He states these meetings should be held in the same place, at the same time, and they should be no longer than fifteen minutes. Consistency and simplicity are important.

During the meeting, each team member should report:

This helps the team know exactly where they are in the Sprint, what needs to be done next, and where they can improve. In these daily meetings, there should be no additional tasks assigned by management. If there are any impediments to the team’s progress, it’s the responsibility of the Scrum Coach to remove them. The Daily Meetings help build communication, clarify direction, and increase efficiency.

After each Sprint, the team must demonstrate what they’ve produced in the Sprint. Anyone with a stake in the project or its outcome is invited to see this demonstration. Outside participants, such as customers, are encouraged to attend and give feedback. If no stakeholders or customers are able to attend, the Product Manager acts as their stand-in and attempts to view the demonstration from an outside perspective.

The idea behind the Sprint demonstration is to force Developers into making a finished, demonstrable product during each Sprint. Sutherland recommends building a prototype—something you can show the customer that actually functions even if it’s not fully fleshed out, so that you don’t waste time trying to make a perfect product but instead focus on building something that works that you can improve later.

After demonstrating the product, the team then examines the previous Sprint. The aim of the Reflection is to find ways to increase productivity and efficiency within the Sprint process. Team members should look at what went right, what went wrong, and how the team reacted to any obstacles or problems that arose. They should identify potential changes that could be made to improve the process. Then, they should decide which changes will have the biggest impact and look to implement them in the next Sprint. With each Sprint reflection, the team should be finding new ways to increase productivity.

This part of the process requires a high degree of maturity and trust, as each team member must take responsibility for their actions and look for ways to improve.

Like what you just read? Read the rest of the world's best book summary and analysis of Jeff Sutherland's "Scrum" at Shortform .

Here's what you'll find in our full Scrum summary : 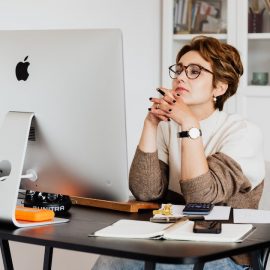 How to Manage Your Career: Treat It Like a Business 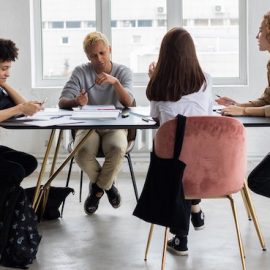