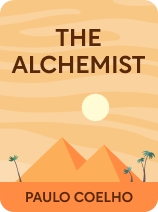 What are the best quotes from The Alchemist? How can these quotes help you understand the messages of the book better?

In The Alchemist, Paulo Coelho teaches us, through the story of a shepherd boy who has the courage to follow his dreams, the power of transformation for our lives. To date, The Alchemist, published in 1988, is Coelho’s best-known work, and it was an international bestseller.

Below are some of the top quotes from The Alchemist with analysis.

The Alchemist is the story of an Andalusian shepherd boy’s journey of spiritual awakening. The boy gives up everything to embark on a long journey across the desert toward the Egyptian pyramids, to look for a treasure he has dreamed of. He follows omens and the wisdom of spiritual guides he meets along the way. He encounters obstacles and trials, and he learns lessons from them about taking risks, conquering fears, and listening to his heart. In this story, Paulo Coelho teaches us about learning the universal language of love, to connect with the Soul of the World and use its power to transform our lives.

Here are the best quotes from The Alchemist.

“And, when you want something, all the universe conspires in helping you to achieve it.”

Connecting to the divine spirit involves learning to communicate with it, the Englishman explains. He says that on the spiritual level of life, everything speaks the same language, and the signs the universe gives you are expressions of that language. So, learning that “language” requires developing your intuition, and recognizing the divine in everything, so that you can understand the universe’s communication with you. In this way, the universe gives you the power to transform yourself and your life.

“Remember that wherever your heart is, there you will find your treasure.”

After some more travel, as the boy reaches the top of a large dune, he sees in the distance the Egyptian pyramids. At that sight, he drops to his knees and begins to weep. Then he notices a scarab beetle next to him, which he knows is a sacred symbol to Egyptians, so he interprets this as a sign and begins to dig there for his treasure.

He sets off back through the desert, on the long trek back to Andalusia, to the same spot where he had the dream, at the church ruins, and he begins to dig. And there he finds a chest full of gold and precious gems. His treasure was there all along. But now he knows where his heart lies, and he takes the treasure and sets off again to return to Fatima, his true love who waits for him in the oasis.

In this final scene, Coelho reveals to us that in the search for our destiny, we must always remain open to finding it in the most unexpected places, even if it means crossing the world and back again.

“It was the pure Language of the World. It required no explanation, just as the universe needs none as it travels through endless time. What the boy felt at that moment was that he was in the presence of the only woman in his life, and that, with no need for words, she recognized the same thing. He was more certain of it than of anything in the world. “

“And, when you can’t go back, you have to worry only about the best way of moving forward.”

A major theme of the story is overcoming obstacles, and Coelho shows us through the metaphor of traversing the hostile desert that perseverance in the face of obstacles is crucial in following one’s calling.

The desert itself appears almost as a character in the story, as it’s the space within which transformation and connection to the divine spirit happens. It symbolizes the “tests” Santiago has to go through in order to reach his destination and fulfill his calling. The desert is harsh and unforgiving on the surface, but when the boy learns to look deeply, to commune with the nature around him, and to speak the language of the divine spirit, he becomes aware that there’s life everywhere and that that life will guide him to his treasure. With this, Coelho also shows us that we can find beauty in all of life, if we look deeply.

“Because it’s the thought of Mecca that keeps me alive. That’s what helps me face these days that are all the same, these mute crystals on the shelves, and lunch and dinner at that same horrible cafe. I’m afraid that if my dream is realized, I’ll have no reason to go on living.”

In the character of the merchant, Coelho shows us a sad portrait of one who doesn’t have the courage to follow his dreams. We see in this portion of the story how many people don’t pursue their calling due to fear of failure and to being conditioned by society to stay in their comfort zone and not take risks.

The 5 Best Quotes From The Alchemist (+ Analysis)

Like what you just read? Read the rest of the world's best book summary and analysis of Paulo Coelho's "The Alchemist" at Shortform.

Here's what you'll find in our full The Alchemist summary: 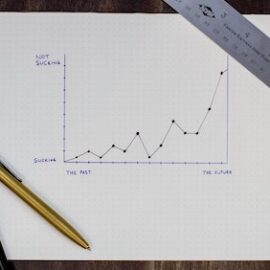