What is the 4DX process for selecting wildly important goals, or WIGs? How can this method help you?

The 4DX process for selecting WIGs includes four steps. You have to start by brainstorming, then assess and test, before formalizing the goal.

Read on for more about the 4DX process for selecting WIGs.

The 4DX Process: How to Select WIGs

A WIG must challenge your team, but it must also be achievable. Don’t game your team by choosing something impossible while privately thinking if they manage 75% of it, you’ll be happy. Long-term, this will affect your ability to engage your team and produce results.

There are four steps in the 4DX process for selecting WIGs:

To brainstorm, come up with ideas on your own and consult team members and peer leaders, if applicable.

Each implementation section, throughout the whole summary, will reference the experience of the production department of a publishing house.

Maria is the leader of the production department of a large publishing house. When the publishing house started implementing 4DX, the senior leaders came up with this overall WIG: “Decrease costs from $1 million to $800,000 by the end of the year.”

The production department (and all the other departments of the publishing house) brainstormed team WIGs that would support the overall WIG. Maria and her team came up with a list of ideas such as:

Once you have a list of possible WIGs, determine the ones that have the most impact on the overall WIG.

Maria and her team calculated the possible savings of all their ideas. Maria now knew which WIG would reduce costs most in her department, but she was looking for a WIG that would have the greatest contribution to the entire publishing house. At-press changes were not only expensive, they also caused a delay. When books printed a week later than scheduled, the marketing department had to pay for rush rather than regular shipping to ensure books made it to events on time. Marketing would also benefit from the stock image idea. Every time a rights-managed image is used, there’s a fee. If book covers used royalty-free images instead, marketing could then reuse the image in press kits and promotion materials without any additional cost.

Test each potential WIG during step 3 of the 4DX process. If the answers to all of the following questions are yes, the WIG passes the test.

Maria and her team tested all their ideas and chose to reduce at-press changes. This supported the overall goal, was easy to measure, didn’t depend on other teams, and the results were team-driven.

Step 4: Write the WIG in the “From Point A to Point B by Deadline” Format

Start with a simple verb.

The lag measure must be expressed as “from point A to point B by deadline.”

Be concrete, precise, and simple.

Don’t put in any language about how you’re going to do it.

Yield From the 4DX Process

After implementing Discipline 1, you’ll have a WIG statement in the form of “[Simple verb] from [point A] to [point B] by [deadline].” If you’re applying the discipline across an organization, all of your teams will have their own WIG statement in this format, and the team WIGs will directly support the overall WIG.

How to Build Meaningful Relationships at Work 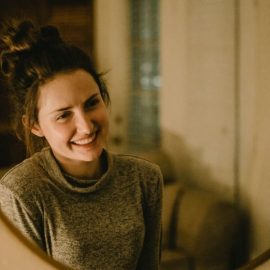 How to Boost Your Self-Esteem if You’re Codependent 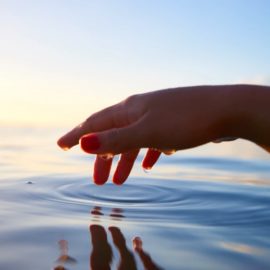