In Zen and the Art of Motorcycle Maintenance, author Robert Pirsig works to define lateral thinking. Like many other lessons in the book, he explains it using the story of Phaedrus.

Keep reading to find out how to define lateral thinking according to Zen and the Art of Motorcycle Maintenance.

In Zen and the Art of Motorcycle Maintenance, Robert Pirsig works to define lateral thinking through one of his chautauquas.

One way Phaedrus attempted to escape the classical mode of understanding was to think laterally. But how does he define lateral thinking? When we identify a problem and propose a hypothesis, we’re thinking directly—that is, we’re homing in on a specific answer to a specific question using a specific method. Lateral thinking tries to escape this sequence by avoiding known procedures and looking in unexpected directions.

When you define lateral thinking from the outside, it can look a lot like drifting. And Phaedrus did drift. He went into the Army, which sent him to Korea. Pirsig still recalls some fragments from this time:

There’s an image of a wall seen from the prow of a ship across a harbor. The wall shines brilliantly. The memory is intense, and although Pirsig doesn’t know what it means, he believes it must symbolize something important for Phaedrus, perhaps a turning point.

Phaedrus befriends some Korean laborers who speak a little English and want to learn more. At a picnic lunch overlooking the sea, Phaedrus marvels that with the mere 26 letters in the English alphabet one can express anything in the universe. His Korean compatriots politely nod “Yes” while saying “No.”

In the final fragment, Phaedrus is in a bunk on an Army ship, heading home. The ship is rising and falling with the waves; Pirsig’s stomach is rising and falling also. He’s reading the hardest book he’s ever read, a work of Far Eastern philosophy. (Shortform note: Pirsig here uses the now offensive term “Oriental.”) The book, The Meeting of East and West by F.S.C. Northrop, argues that man’s existence has two components: a Western theoretical component and a Far Eastern aesthetic component. These would seem to correspond to the classical and romantic modes of understanding, but there’s a difference: Whereas the division between the classical and romantic modes is absolute, the division between the theoretic and aesthetic is porous. That is, the theoretic and aesthetic lie at opposite ends of a continuum, and each is present in the other.

Phaedrus lands in Seattle, the book still on his mind. He locks himself in a hotel room for two weeks, eating apples and thinking. When he emerges, he returns to the university he failed out of—to study philosophy. He’s realized that science can’t answer questions about its own procedures. Only philosophy can.

As the travelers approach the town of Red Lodge, which is located at the base of the mountains they’re about to traverse, the air turns noticeably colder. They stop in Red Lodge and put on warm clothing. Then they’re riding up the mountain, enjoying the switchback turns of the route.

Soon they’re way above the timberline, in the High Country. The landscape is defined by meadows dotted with wildflowers. Once the road turns inward, away from the mountain edge, they find snowfields. The farther they go, the more snow they find; snow plows have pushed the snow into high banks along the road. At the summit Pirsig tunes up his cycle: It has been backfiring from the altitude. After taking some pictures for posterity, they begin their descent.

Prisig works to define lateral thinking to help readers understand the different ways we can view a problem, and the philosophical ways to challenge our thinking. 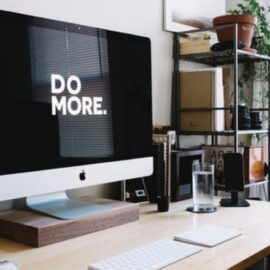 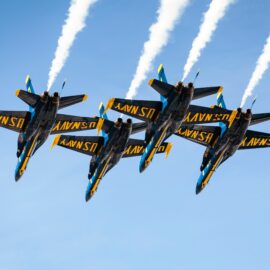