What are good YA novels about death? How can reading about death help readers?

While The Absolutely True Diary of a Part-Time Indian doesn’t fall exclusively into the category of YA novels about death, the book does explore death and grief, as main character Junior experience the loss of several people close to him over the course of a year.

Read more about death in The Absolutely True Diary of a Part-Time Indian, and why YA novels about death are a helpful tool for dealing with grief.

YA Novels About Death

Are there a lot of YA novels about death? Death is a subject that is covered in many books, and YA is no exception. YA novels about death can help readers learn about compassion for characters, or how to deal with grief. One example of death in young adult novels is The Absolutely True Diary of a Part-Time Indian. Main character Junior deals with several tragic deaths in one year, and reflects on how often he is forced to grieve over premature and tragic deaths, often caused directly or indirectly by alcohol or poverty. These losses and the way Junior deals with them are detailed below.

For Junior, the worst thing about being poor isn’t hunger. It’s the inability to save his best friend, his dog Oscar. When Oscar gets sick, Junior begs his mom to take Oscar to the vet, but the family doesn’t have the hundreds of dollars needed for the operation. Junior promises to get a job to pay the vet, but he knows that employment options for Indian boys are few: He’s too young to work at the reservation casino and there aren’t many lawns on the reservation to mow. Helpless, Junior lays next to Oscar for hours, petting him and whispering to him.

When Junior’s dad comes home, he gets out his rifle and bullets and tells Junior to take Oscar outside. At that moment, Junior simultaneously hates and deeply appreciates his father. Junior knows his father doesn’t want Oscar to suffer. Junior sees that his dad is crying, and Junior knows that he can’t blame his father for the poverty that’s forcing them to end Oscar’s life this way. Vet visits are costly, but bullets only cost two cents.

When Junior takes Oscar outside and tells him that he loves him, Oscar seems to understand what’s happening and looks relieved to be put out of his misery. As Junior’s dad prepares the rifle, Junior runs away as fast as he can, but he can’t outrun the speed of sound—so he hears the shot that kills his best friend. YA novels about death can also cover the loss of pets as well as loved ones.

Junior says the biggest difference between white people and Indians is the number of funerals they attend in their lifetimes. In Junior’s 14 years, he’s attended 42 funerals. 90% of the deaths were the result of alcohol. In YA novels about death, this is unique.

One morning, the Reardan counselor pulls Junior out of chemistry class. When Junior asks her what’s wrong, she starts to cry. She tells Junior that his sister has passed away.

Junior refuses to accept this. When the counselor repeats that Mary is gone, Junior says, “I know…She lives in Montana now.” He knows this is idiotic, but he tells himself that if he doesn’t accept the truth, maybe it won’t be true. But he can no longer pretend when the counselor clarifies, “No, she’s dead.”

Junior runs out into the snow to wait for his father, who’s on his way to pick Junior up. Junior’s suddenly hit by the premonition that his father is going to crash because the roads are icy. The longer Junior waits, the more terrified he becomes. After a half hour, he’s convinced that his father has also died.

In February, Eugene and his friend Bobby, both drunk, argue in a 7-Eleven parking lot over who gets the last sip of wine. Bobby shoots Eugene in the face, killing him. Once in jail (and sober), Bobby hangs himself.

Junior has no idea how to deal with his grief. He copes by reading lots of books and drawing lots of cartoons. He loses track of how many days of school he’s missed—fifteen, maybe twenty. This is one example of death in young adult novels where the main character openly talks about his grief.

Junior wonders why God would make his family suffer so much. He finds his answer in the Euripides play Medea, which Gordy has shown him. In it, the title character asks, “What greater grief than the loss of one’s native land?” This hits a chord. Junior suddenly understands his family’s grief and the suffering of his community on the rez: Indians have lost their native land. In fact, they’ve lost everything: their languages, their dances, their songs, and their relationships with each other. The only way of life they know is “how to lose and be lost.”

Junior’s so angry at this unfairness that he wants to kill God. He also thinks he’s cursed his family and his tribe by leaving Wellpinit to go to school at Reardan. He blames himself for his grandmother’s and Eugene’s deaths, and he thinks about leaving Reardan for good.

One day, Junior’s grandmother, Grandmother Spirit, is walking home from a local powwow when she’s hit by a drunk driver. She dies during surgery at the hospital.

In remembering his grandmother, Junior reflects on her gift of tolerance. In the past, Indians celebrated people who were different: people with epilepsy often became shamans because of the tribal belief that God gave visions along with the seizures; people who were gay were seen as both masculine and feminine, and therefore both warriors and caregivers—their dual roles gave them an elevated position in society. With death in young adult novels, some characters, like Junior, reflect on what the person meant to them.

According to Junior, this tolerance evaporated when white people and their Christianity brought prejudice to America. Now, Indians are as intolerant as any other race. But not Junior’s grandmother: She loved everyone. She’d even talk to homeless people, and if they were talking to imaginary friends, she’d talk to those imaginary friends too. She believed that the point of life was to meet new people, and she was consequently completely supportive of Junior’s decision to go to a new school. Her last words were a plea for her family to forgive the drunk driver who killed her. 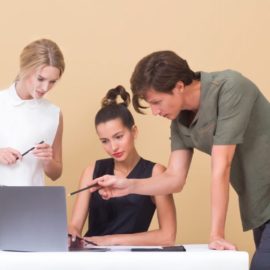 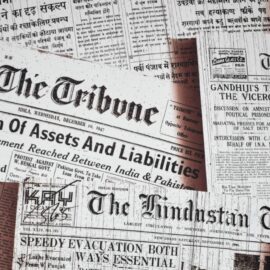 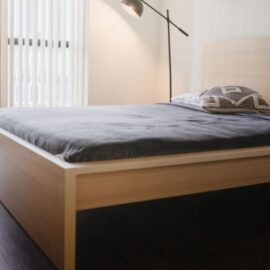 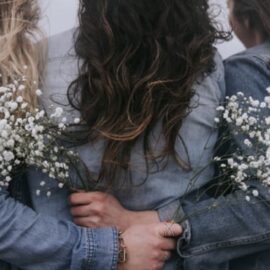 NVC Communication: A Language of Compassion