Where is Wellpinit, Washington? What is Junior’s life like on the Wellpinit reservation?

Wellpinit, Washington is a small town on the Spokane Indian reservation. The main character of The Absolutely True Diary of a Part-Time Indian, Arnold Spirit Jr., grows up on the Wellpinit reservation but leaves the reservation to pursue an education in a nearby town. Junior battles his dual identities, which comes to a head in a basketball rivalry between the Wellpinit school and his new school.

Keep reading to find out more about Junior’s life on the Wellpinit reservation, and the basketball rivalry that helps him find his identity.

Life on the Wellpinit Reservation

Set in 2006, The Absolutely True Diary of a Part-Time Indian is a semi-autobiographical novel by Sherman Alexie. Although based on the author’s childhood, True Diary is a work of fiction.

14-year-old Junior (Arnold Spirit, Jr.) lives in Wellpinit, Washington, a small town on the Spokane Indian Reservation, known to residents as “the rez.” Junior describes the rez as “located approximately one million miles north of Important and two billion miles west of Happy.”

Junior was born with too much cerebrospinal fluid in his brain, and the consequent brain damage has resulted in numerous complications, including:

Due to Junior’s physical challenges and speech impediment, people on the reservation regularly beat him up and refer to him as a “retard.”

Junior makes it onto Reardan’s varsity basketball team, and he finally starts to feel he’s found his tribe. As the team enters the reservation for their first game against Junior’s old high school, Wellpinit, Junior can hear the Wellpinit school fans chanting. It takes him a moment to realize they’re chanting “Ar-nold sucks! Ar-nold sucks!” They’re making a point of calling him by his Reardan name, Arnold, rather than his reservation name, Junior.

Junior’s teammates drive their own cars, carry their own cell phones, have parents with good jobs, and will go to college. In contrast, more than one kid on the Wellpinit school team probably didn’t eat breakfast. Two of them have fathers in prison. None of them will go to college, and Rowdy’s father will beat him for losing the game.

Having spent most of his life as the underdog, Junior’s now ashamed of his privilege. He continues to feel like only a part-time Indian.

Reardan presents Junior with strength to chase his dreams.

Penelope and Junior have ambition in common: They’re both dreamers who feel trapped in their small towns. Penelope’s dream is to study architecture at Stanford; Junior’s dream is to become a famous artist. They both want to create beautiful things, and they bond over that dream.

In the second basketball game against Wellpinit, the Reardan coach admits that Wellpinit’s team is better, but that Reardan has more heart. He then announces Junior will be starting and he’ll be guarding his friend Rowdy, who is much bigger. Junior is terrified, but his coach keeps telling Junior he can do it. He realizes that this simple sentence, “You can do it,” is one of the most powerful sentences in English, especially coming from an adult. 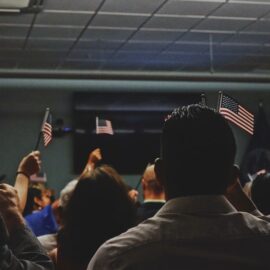 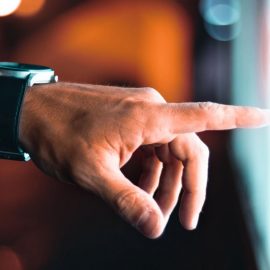