What were Jeannette Walls’s parents like in The Glass Castle? What kind of relationship did Rex and Rose Mary have?

In the memoir The Glass Castle, Jeannette Walls’s parents were violent and neglectful. Rex was an alcoholic who was constantly running away from debt collectors, and Rose Mary was a starving artist who literally left her children to starve.

Jeannette Walls’s parent Rex Walls was a smart but unruly patriarch. He was a former Air Force pilot and had vast knowledge of science, physics, and engineering. He was known as a man who could fix everything and talk his way out of anything. These traits should have added up to success for Rex and his family, but his inability to settle down and follow the rules added up to the opposite.

Jeannette believed in her father and his plans for the future, but until those plans came to fruition, she and her family suffered.

All throughout her childhood, Jeannette and her siblings staved off starvation. She would rifle through garbage cans at school for discarded lunch items or forage for whatever she could find on the streets. On the rare occasions that there was food in the house, the family would gorge until it was gone. There was no sense of management or rationing when it came to food in her home, and by the end of every month, she’d be back to rummaging for garbage.

Jeannette Walls’s parents, Rex and Rose Mary Walls, fought often. Once, Rex tried to run down a pregnant Rose Mary with his car in the desert after they’d argued about how far along she was. There was the time Rose Mary and Rex argued about money and whose responsibility it was to support the family. The fight was so loud, it brought out the entire neighborhood and ended with Rose Mary dangling from an upstairs window after she tried to jump out.

There were also times when the fights were started by Rex after stumbling home drunk. He’d scream at the kids and destroy the house, and often, he became violent and threatening to Rose Mary. For example, after the family had moved to a house in Phoenix that Rose Mary had inherited, Rex broke all of the family heirlooms and threw Rose Mary on the ground. They each grabbed a knife, but within minutes, they were laughing and back in love. Rex and Rose Mary Walls may have loved each other, but their relationship made life difficult for their children.

The Walls typically celebrated Christmas after the holiday to take advantage of discarded decorations and presents. But on their first Christmas in Phoenix, Rose Mary decided they would celebrate on the actual day instead of a week after, as was their custom. She took the children to the thrift-store, giving them each a dollar for presents. They bought an almost-dead tree and decorated it with Grandma Smith’s antique ornaments.

Rex cracked his first beer Christmas morning and didn’t stop. By the time they were ready for midnight mass, he was fall-down drunk. Rex disrupted the sermon, calling the Virgin Mary a sweet Jewish girl who got pregnant. He said Jesus was the world’s most popular bastard. They were quickly escorted out.

At home, Rex was still belligerent. He opened a gift from Rose Mary: an antique lighter. Swaying drunkenly in front of the tree, Rex said he wanted to really light things up. He held the flame to the tree, which caught immediately. The family grabbed blankets and water. They knocked the tree down and stomped out the fire, breaking many of the ornaments and destroying the presents in the process. Rex laughed through the whole thing. Rose Mary and Rex Walls were unable to give their kids the Christmas Rose Mary had promised.

The Past Catches Up: Rose Mary and Rex Walls Move to New York

Three years after moving to New York, Jeannette heard a strange story on the morning radio news. A van had stalled on the New Jersey Turnpike, creating a headache for the morning commute. Clothes and furniture had fallen from the van and were strewn about, and a dog was running wild among the traffic jam. Jeannette thought it was a strange story but forgot about it.

Later that night, Jeannette found out that Rose Mary and Rex Walls had moved to New York. Jeannette knew right away that the people from the van were none other than her parents. Jeannette didn’t join in Rose Mary’s glee about the news. She was used to being on her own and didn’t want any interference. Even so, she went to Lori’s to see them the following day.

Jeannette Walls’ parents Rex and Rose Mary Walls spoke a mile a minute about their trip to New York and their adventures during the day. All of the kids were there, but none of them joined in the merriment. When Brian asked why they’d moved to New York, Rex thought it was a silly question. Obviously, they’d come to be a family again.

All of the Walls children were adults and thriving in their chosen professions, all but Maureen. Maureen had never truly fit into the family because of how much younger she was than the other children, and she struggled to find direction in New York. She dropped out of college, moved into a tenement building where her parents were squatting, and eventually was sent to a mental hospital in Upstate New York after stabbing Rose Mary. When she was released, she moved to California and never came back.

During one winter in New York, Rex contracted tuberculosis and was hospitalized for six weeks. He was sober again for the first time since Phoenix and moved Upstate to get off the streets and stay that way. But Rose Mary didn’t want to be alone when winter rolled around again, so he moved back to the city and regained his old habits. All of the drinking and smoking finally caught up to him, and he died at the age of fifty-nine.

Without their patriarch, the Walls family became estranged. Brian got married, had a daughter, and became a detective in the NYPD. Jeannette divorced her first husband, remarried, and moved Upstate to a large farmhouse, where she wrote this book. Five years after Rex’s death, the family came back together to celebrate Thanksgiving, minus Maureen. They reminisced about their wild past and agreed that life with Rex Walls was never dull. At this, at least, they all could finally agree. 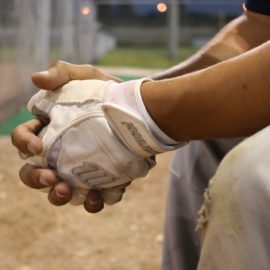 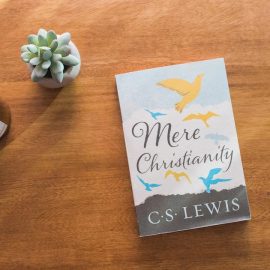