Looking for an overview of the Woke, Inc. book? What are the author’s key ideas and takeaways?

In the book Woke, Inc., entrepreneur Vivek Ramaswamy discusses what he calls Wokenomics, in which American corporations hide their corruption behind virtue signaling. He argues that Wokenomics goes beyond selling a product, rather selling Americans a new standard for the right way to think and live.

Read on for a brief overview of the key ideas and takeaways from the Woke, Inc. book.

In his Woke, Inc. book, entrepreneur Vivek Ramaswamy argues that corporations have devised an elaborate scam: advertising a hollow fight for social justice in order to reap unprecedented profit and power. Ramaswamy calls this fusion of progressive ideals and capitalism “Wokenomics.” By engaging in Wokenomics, corporations go beyond selling a product; they are selling Americans a new standard for the right way to think and live. He contends that their false alliance with social causes allows them to influence legislation, manipulate consumers, and silence dissent. He argues that Wokenomics’s deceptive practices are weakening democracy—polarizing citizens and concentrating political power in the hands of a small group of corporate elites.

After graduating from Harvard and Yale, interning at infamous companies like Goldman Sachs, and founding his own biopharmaceutical company, Roivant Sciences, Ramaswamy claims he has personally witnessed the infiltration of Wokenomics and recounts his experiences in this book, Woke, Inc.

In this overview of the Woke, Inc. book, we’ll define woke and its development into the damaging Wokenomics that Ramaswamy alleges is detrimental to American democracy. Finally, we’ll detail the solutions Ramaswamy prescribes for an apolitical Wall Street.

In the Woke, Inc. book, Ramaswamy uses woke as the summation of all progressive politics, particularly ones regarding marginalized identities. However, the definition of woke has fluctuated over the years. Originally, the word woke was used exclusively in Black communities as a steady reminder to be alert to anti-Blackness, but it didn’t have any particular political affiliation. When the Black Lives Matter movement introduced woke to the mainstream, the use of the word expanded, and people on both sides of the political lines have difficulty agreeing on a precise definition. The meaning of woke ranges from being synonymous with an age of enlightenment (people awakening to the causes of inequity) to an insult of people who are oversensitive and self-important (cancel culture and political correctness often fall toward this end of the spectrum).

(Shortform Note: The Black Lives Matter (BLM) movement is a response to the accumulating cases of police brutality against Black Americans and began after the murder of George Floyd. Because demonstrations were so widespread and conducted largely through social media, premise numbers of participants are hard to pin down, but recent polls suggest that BLM is the largest civil rights protest in American history.)

The Problem of Virtue Signaling

Ramaswamy’s main objection to wokeness in the Woke, Inc. book is that consumers come to believe that companies are actually invested in resolving social injustice when in reality, they’re engaging in disingenuous virtue signaling. Virtue signaling is a public demonstration of good character. For example, when a person volunteers at a charity event, they might post pictures of their service online for other people to see and to think of them as a good person. When an individual engages in virtue signaling, it may be self-serving but it doesn’t do much harm to others. However, when a company participates in virtue signaling, it’s a marketing ploy to take advantage of socially conscious consumers and can do harm to a considerably larger number of people.

By presenting as woke, companies attempt to accrue enough blind loyalty from consumers that they can distract them from scandal or controversy. For example, after the 2010 BP oil spill, woke consumers were unhappy with how environmentally irresponsible many companies were. Dawn dish soap began an ad campaign in response to the outrage, sending thousands of bottles down to the Gulf of Mexico and running commercials of baby ducks being saved by their product. Dawn became synonymous with wildlife protection efforts; little ducks still don their bottles a decade later. Ironically, Dawn dish soap is petroleum-based, and their company is part of the reason that we are so dependent on oil.

Ramaswamy asserts that once companies like Dawn create this noble reputation for themselves, consumers are not likely to investigate the company’s practices or policies further. The trust companies develop turns us into lazy citizens, simply accepting when companies say they are working in our best interest.

Ramaswamy writes that a company engaging in any way with progressive values is woke and strays from his ideal of apolitical capitalism. The Woke, Inc. book highlights what he contends are the worst ways that Wokenomics is applied to American society, including diversity training and censorship, boycotting, and submitting to foreign, undemocratic countries.

Ramaswamy contends that diversity training is a way for a company to inflate its efforts of making internal changes while never having to implement any actual practices. These trainings often teach about sexual harassment, LBGTQ+ inclusion, or anti-racist practices. While they may have some educational value for employees, they do not guarantee that the company will hire more marginalized identities, create safe spaces for them, nor donate to related causes.

(Shortform note: To be clear, Ramaswamy isn’t suggesting that companies reconcile this disconnect between what they say they do and what they actually do by changing their actual hiring practices and inclusion policies. His argument is that such policies are unnecessary because prioritizing a workforce of diverse identities isn’t needed to make a company successful. He recommends, instead, that they simply stop pretending they’re making these changes.)

According to Ramaswamy’s Woke, Inc. book, the deceptive nature of Wokenomics amplifies the corruption between American corporations and foreign governments. In global capitalism, companies often seek to maximize their profits by partnering with countries that have fewer regulations on valuable resources like raw materials and labor. Ramaswamy argues that Wokenomics distracts consumers from these unethical partnerships.

When buying from woke companies, consumers believe they’re supporting an advocate for human rights, but Wokenomics doesn’t compel companies to be transparent about their overseas dealings. Ramaswamy argues that because Wokenomics creates trust between the company and the consumer, customers may not be motivated to investigate a business’s international practices if they already believe the company to be morally sound.

Woke companies’ dishonest conduct, therefore, leads to many consumers unknowingly supporting actions that contradict the very ideas they believe in. For example, even though Starbucks advertised its socially responsible mission statement and anti-racist training programs, it has five plantations in Brazil that use child and slave labor under dismal working conditions. 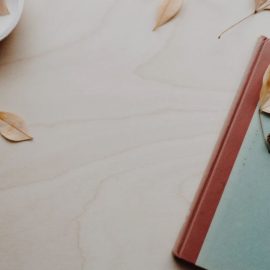 Bullet Journaling for Beginners: Getting Started 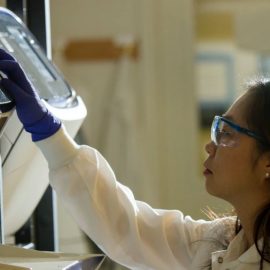 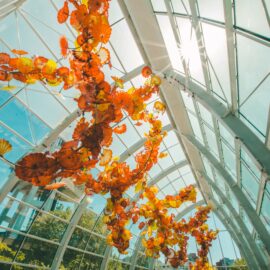 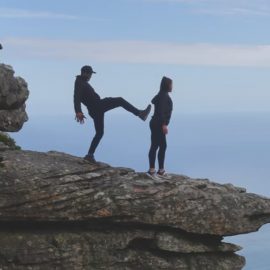