In The Elephant in the Brain, Kevin Simler and Robin Hanson argue that human behavior is driven by selfish motives hidden behind altruistic pretexts. The authors say that religion, too, is shaped by ulterior motives, and they share their theories about what they think religion is really about.

Continue reading to find out more about the purpose of religion in society, according to Simler and Hanson.

The Purpose of Religion

The authors argue that religion isn’t just about belief, a higher purpose, and salvation. The purpose of religion in society, they contend, is also to cement and enforce societal norms. For instance, they point out that most religions have rules about who can get married and many have teachings that encourage procreation. In other words, they say, one function of religion is to establish and enforce a set of norms around mating.

Similarly, they argue that many religious practices revolve around sacrifice because it shows that we’re good potential allies if we’re willing to selflessly put the group first. They claim that deities typically stand in for society at large. So, sacrificing to a god shows that we’re willing to sacrifice for society. For this reason, they conclude that demonstrating religious belief indicates your willingness to pay your dues for the greater good of the social group.

(Shortform note: This explanation may conflate sacrifice in the sense of soldiers dying for their country with sacrifice as a religious practice. In the former case, many psychologists support Simler and Hanson’s interpretation that sacrifice might come from a hidden desire to feel helpful or gain social approval. But religious sacrifice is a different matter—it has more to do with psychological and spiritual desires to atone for wrongdoings, to re-establish communion with deities, and ultimately, to control an unpredictable world. In other words, religious sacrifice probably has less to do with how sacrificers want to be seen by the rest of society and more to do with how they want to be seen by their deities.)

Meanwhile, other religious practices serve to distinguish adherents from non-adherents and implicitly signal things about the practitioner’s values. For example, the authors say that shared worship makes beliefs and values common knowledge in the community. In other words, when you attend a sermon or any other kind of public religious function, you see fellow believers and they see you. As a result, the religion’s rules and values become public knowledge, meaning everyone is more likely to observe them because they know the community knows they know the rules and expects them to follow them.

Meanwhile, visible components of religion—such as attire—serve to identify believers to each other and to outsiders. In both cases, the authors say religious attire serves as an implicit promise to uphold the religion’s moral standards. For fellow believers, the attire activates the common knowledge of shared norms, and for outsiders, it implies that the wearer knows he or she speaks for the whole religion and is therefore motivated to behave well.

(Shortform note: The question of whether religious attire serves a spiritual or signaling purpose is complex—in part because it depends heavily on context. For instance, different branches of Judaism have very different expectations about whether and when men (and sometimes women) should wear a kippah. Plus, not all religious attire fits the signaling model at all. For example, many Mormon practitioners wear special undergarments known as “temple garments” at all times. These undergarments are explicitly not meant for public display, as they’re meant to be a symbol of the practitioner’s covenant with God.) 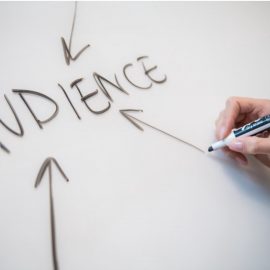