Why is the Federal Reserve bad for the economy? In what ways is it harmful and even unethical?

Even if you don’t believe there’s a sinister conspiracy behind the Fed, you might be interested to know that there are plenty of other reasons why it should be abolished. That’s the assertion of Edward Griffin, who calls out four major problems with the system.

Continue reading to learn about these four ways the Fed does more harm than good.

Why Is the Federal Reserve Bad?

Why is the Federal Reserve bad for the economy? Beyond Griffin’s allegation that it was created through a conspiracy and continues to be run by conspiracists who probably don’t have your best interests at heart, Griffin identifies several problems with the Federal Reserve System that would warrant its abolition in and of themselves, and not because of who’s running the system.

Specifically, he argues that the Fed facilitates and legalizes certain types of fraud, destabilizes the economy by making business cycles more severe and by encouraging unwise investments, exacts a hidden tax in the form of inflation, promotes war, and enables wasteful government spending. Let’s consider each of these problems in turn.

Griffin asserts that the Fed facilitates and legalizes fraud by allowing banks to engage in fractional lending. The bank is gambling on the likelihood that only a fraction of its depositors will want to withdraw their money before the loan is repaid and that this fraction will be no larger than the fraction of their money that the bank kept on hand. Griffin argues that fractional lending is fraudulent because the bank is essentially loaning out money it doesn’t have, making it look like the money is in two places at once.

Reason #2: The Fed Destabilizes the Economy

The second way that the Fed destabilizes the economy, according to Griffin, is by sheltering banks from the consequences of poor business decisions, thereby incentivizing them to engage in risky business practices. He discusses three mechanisms that remove banks’ incentive to operate responsibly.

Mechanism 1: Lender of Last Resort. the Fed insulates banks from risk by ensuring that they can always borrow enough funds to meet their immediate obligations. This incentivizes practices like fractional lending.

Reason #3: The Fed Taxes Us Through Inflation

Griffin asserts that the Fed is responsible for inflation, and he is concerned that inflation constitutes an unfair, hidden tax whereby the American people pay for the government’s expenditures without realizing it. In practice, the Fed creates as much additional currency as the government needs to finance its operations. By creating more currency and causing inflation, the Fed takes purchasing power away from everyone else who owns US dollars.

The primary example that Griffin gives of wasteful government spending is war and defense spending in preparation for possible wars.

(Shortform note: The unlimited financing that the Fed provides in time of war can also increase the scale of a war and thus the damage that the war causes, as Saifedean Ammous notes in The Bitcoin Standard while discussing the problems of fiat money. Ammous reasons that under a hard-money standard, where all currency is backed by gold or otherwise inherently limited in its supply, the government can only finance a war until its treasury is depleted. This gives governments an incentive to avoid war and limits the scope and scale of the wars they can fight. But the government’s ability to create fiat money removes these constraints, allowing it to continue fighting a war until it has exhausted all the resources of its entire population.)

Aside from war, Griffin expresses concern that welfare programs, foreign aid, and environmental protection initiatives often end up spending money wastefully. If the Fed couldn’t create unlimited currency to loan to Congress, these types of programs would have to be cut or at least run more efficiently.

(Shortform note: There are reasons to believe that if limited funding forced aid programs to run more efficiently and be more accountable, that would increase their effectiveness. In When Helping Hurts, Steve Corbett and Brian Fikkert observe that a key problem with aid programs is that they provide the wrong kind of aid, defaulting to doling out temporary relief to people who really need other forms of assistance (such as training or opportunities for networking, leading to better job options). More limited funding might force aid programs to cut back on handouts, and greater accountability for how they are using their funding might motivate them to analyze situations more carefully and provide the right kind of relief.)

Why Is the Federal Reserve Bad for the Economy? 4 Key Reasons 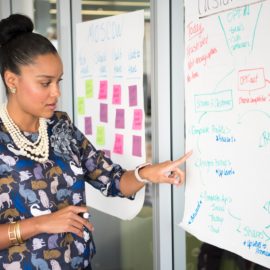 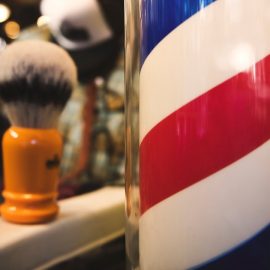 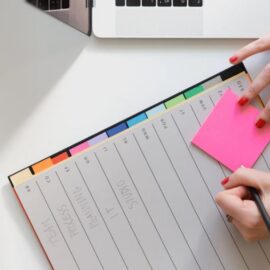 One-Minute Goals: Give Your Employees Direction