What is C. S. Lewis’s book Mere Christianity about? Why is it so enduring?

C. S. Lewis explains and defends Christian beliefs to a skeptical modern audience through a series of essays—originally delivered as a series of radio addresses in the United Kingdom between 1941 and 1944. Broadcast to a population in the midst of World War II, Lewis’s discussions struck a chord with a wide audience.

Keep reading for an overview of the book that covers Lewis’s views on moral laws and their Creator, the Christian understanding of God, Christian virtues, answering God’s call to virtue, and the example of Christ.

C. S. Lewis was a professor of literature widely known for his children’s fantasy series, The Chronicles of Narnia. He spent the first part of his adult life as an atheist before converting to Christianity in his early 30s, influenced by his close friendship with J. R. R. Tolkien, the Catholic author of The Lord of the Rings. Lewis wrote several books on Christianity and many Christians regard him as an important lay theologian.

C. S. Lewis’s book Mere Christianity argues that Christianity is supported by reason as well as revelation. He explores the major tenets of the Christian faith, including the existence of God, the fixed nature of morality, and the role of free will. Finally, he offers a guide on how to become a more virtuous person by following the example of Christ and surrendering yourself to a higher moral power. Lewis argues that Christianity is a challenging religion to follow, but it’s one that ultimately transforms its followers for the better.

We’ll take you through Lewis’s ideas in five parts:

Part 1: Moral Laws and Their Creator

Lewis’s first major argument for the credibility of Christianity is that morality is objective, universal, and non-material. Furthermore, he argues that these qualities provide evidence for the existence of a creator.

Claim #1: Morality Is Objective and Universal

Lewis argues that morality is not something people invented, but, rather, is objective and universal—much like scientific claims about the material world. He marshals two key pieces of evidence to support his perspective, which we’ll look at next.

Lewis argues that morality is objective by pointing out that people quarrel by appealing to shared moral standards. These tendencies reveal that societies have widely agreed-upon moral laws. Lewis argues that the widespread adoption of single standards of morality suggests that moral codes are real and not simply invented.

Lewis argues that morality is universal by pointing out that every culture has a standard of conduct that members expect each other to uphold. While specific morals may change between cultures, having morals does not. Furthermore, Lewis argues that moral laws across cultures don’t actually vary that much.

Moral laws are distinct from the material world in that you can’t point to them in the world of things around us or observe them the way you would material phenomena like gravity. Lewis makes three arguments:

Finally, Lewis argues that the existence of objective, universal, non-material moral laws provides evidence of a creator. He arrives at this conclusion by drawing together three points:

Part 2: The Christian Understanding of God

Lewis argues that objective, non-material morality supports, not just the existence of a creator, but, specifically, a moral God who impels us to be good.

God Is on the Side of Good

Lewis argues that the moral laws point us to a Christian conception of a moral God who is on the side of good. Lewis makes this case with the following line of reasoning:

According to Lewis, pantheists argue that God is neutral in the moral struggle between good and evil. Lewis argues that this perspective doesn’t take into account God’s creation of the moral laws, which prefer good over evil. God cannot be morally neutral, as pantheists believe.

Dualism is the belief that the universe is divided between two divine powers, one good and the other evil. Lewis rejects the dualistic conception of God because it accords good and evil equal status and power. Lewis argues that good and evil cannot be equal because only good can be chosen for its own sake: No one pursues evil simply for the sake of pursuing evil. Those who do evil deeds are pursuing something they believe is good but in the wrong way. Since no one pursues evil for the sake of evil, it cannot be equal to good.

Evil Is the Price of Free Will

If God is the highest power and favors good over evil, this raises a difficult question: Why does evil exist at all? If God has power over creation, then why not simply use that power to eliminate evil? Lewis argues that evil doesn’t pose a paradox for Christianity because goodness can exist only because of free will, and evil is the price we must pay for free will. Lewis argues that good and evil can exist only when someone with a rational mind has the ability to choose between right and wrong.

Lewis concludes that evil exists because of free will: God calls on us to voluntarily choose good, but many disobey and choose evil.

Lewis argues that Christianity instructs us to be good by following Christian virtues, or moral principles that can be applied to a wide range of situations.

Lewis defines faith as a commitment to and trust in Christian teachings in the face of daily distractions and doubts. Lewis pushes back against the widely held idea that faith entails a blind or thoughtless belief in Christian doctrine. In fact, he writes that you should not believe in Christianity if you don’t think the evidence supports it.

Benevolence is the virtue of treating others with kindness, fairness, and forgiveness. Essentially, benevolence requires you to unconditionally and universally treat all others with the same consideration that you would like them to show you. This includes loving and forgiving your enemies.

You can love the person while hating their actions. While it may sound difficult to keep these two things separate, Lewis argues that we all have practice making this distinction.

Lewis explains that moderation is the ability to control your appetites and impulses. Christian virtue calls on you to practice self-control when it comes to food, alcohol, sex, and other forms of indulgence and sensual pleasure.

Lewis writes that sexual appetites require more specific instructions than other bodily appetites because of the differences in intensity and consequences. Lewis argues that the only acceptable place for sexuality is within a monogamous marriage. He also argues that the Christian conception of marriage is not primarily focused on feelings or personal fulfillment but rather on having children and creating a stable home in which to raise them.

Out of all the Christian virtues, Lewis considers humility to be the most important. Humility is the recognition of a modest position in the world, especially when faced with the infinite superiority of God. Lewis considers pride the worst sin of all. He offers two reasons why pride is so destructive:

The Three Purposes of Christian Virtue

Lewis argues that the creator calls on each of us to be virtuous, and he explains how you can answer this call.

God Holds You to a High Moral Standard

Lewis writes that, if moral laws are created by the highest power in the universe, this puts humanity in a terrifying position. Your best response to this fear lies in finding the courage to commit yourself to a more virtuous life. Therefore, the work of being virtuous is never done.

Lewis argues that becoming a moral person requires surrendering your will to God. Because you did not create the moral laws, your impulses, goals, and desires may not be aligned with them. Because you are surrendering your will, becoming virtuous will inevitably require you to become a different person than who you would have become without God. Lewis provides three reasons why:

God Is Concerned With Your Soul

God is not just concerned with how you behave but what kind of person you are. Lewis argues there are three points we should take from this:

Part 5: The Example of Christ

Lewis argues that Christian faith requires, not simply surrendering to God’s moral laws, but following a perfect example. Lewis writes that only Christ is capable of setting this perfect example of surrender because he is both human and divine.

Lewis lays a foundational argument for the divinity of Christ to help skeptics accept Christ’s dual nature. He argues for Christ’s divinity with the following line of reasoning: Christ did not claim simply to be a moral teacher. He claimed to be the son of God, and that he had the power to forgive others’ sins. Lewis asserts that Christ’s claim to divinity forces you to accept one of three conclusions:

Lewis argues that it is unlikely that Christ was either lying or insane. Lewis accepts Christ’s divinity as the least implausible of the three possibilities.

Lewis asserts that Christ’s dual nature allows him to set an example of perfect surrender. He lays out the following argument:

Lewis argues that the purpose of Christian worship is to become more Christlike. While you can never be divine like Christ, you can still follow his human example of surrendering to God’s moral laws. This surrender means you will become increasingly Christlike to the best of your human ability.

Lewis argues that virtue will change you. As you make a practice of virtuous acts, you will gradually become more aware of opportunities for virtue, and you will confront all of your vices. This exercise provides a chance to reflect on virtue and opportunities for moral decision-making in your daily life.

Exercise: Reflect on the Nature of God

Lewis makes several claims about the nature and character of God. In this exercise, you’ll have a chance to reflect on his arguments and develop your perception of God. 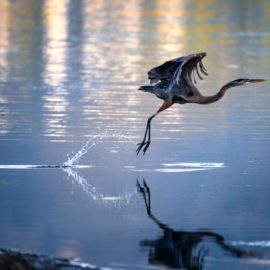 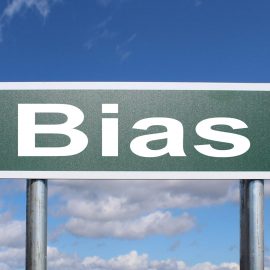 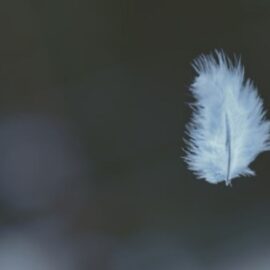 How to Live in the Present: Tips to Seizing the “Now”