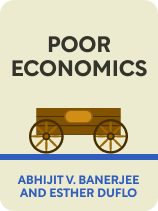 Why do poor people stay poor? How does the financial industry trap people in poverty?

There are several factors that keep people in the poverty trap. One of them is the poor’s inability to access financial services. Wealthy people benefit from financial services, such as comprehensive insurance and easy-to-access credit. Despite the fact that the poor also need these services, businesses rarely provide them.

Here’s why the poor have difficulty making use of financial services and how it perpetuates the cycle of poverty.

Why do poor people stay poor? Poverty is an insidious trap that is extremely difficult to escape. Poor people are so focused on stretching their limited resources that they simply don’t have the time or energy to think about anything else. Moreover, the poor generally don’t have access to financial services, making it even more difficult for them to improve their livelihoods.

Duflo and Banerjee argue that the poor have a strong need for insurance because they’re exposed to more and greater risk than the wealthy: Their jobs (often in agriculture or casual labor) are unstable, they’re more vulnerable to disease, and they endure violence more often. Living on a knife’s edge of financial security, the slightest setback can be catastrophic for the poor.

(Shortform note: This factor—the lack of security in the lives of the poor—is known as low socioeconomic resilience, and it’s one reason why the poor are disproportionately affected by natural disasters or extreme weather events. Because the poor don’t have the funds to easily replace assets lost in a disaster, they’re less resilient to such losses.)

However, insurance companies are reluctant to insure the poor because they find it unprofitable, write Duflo and Banerjee. The same general challenges insurers always face are amplified in the case of the poor: fraudulent claims, the tendency of the insured to take risks or run up costly medical bills, difficulty collecting payments, and so on. Insurers therefore offer limited options to the poor that tend to only cover catastrophic events. Duflo and Banerjee find that the poor don’t use even these limited options, for two main reasons:

1. They don’t trust the insurers. Insurance is based on paying for something you don’t yet need. This is a dynamic built entirely on trust—if the poor don’t know the insurers, it’s hard to grant them that trust.

(Shortform note: Experts agree that trust is one of the key factors that affect getting insurance to the poor. They suggest that one of the best ways to establish trust is through the demonstration effect: Make all insurance payouts public and easy for others to see and understand.)

2. It’s hard to plan for the future. This is the same issue keeping the poor from using preventive measures in healthcare, write Duflo and Banerjee. It’s hard for anyone to contemplate the future, let alone a catastrophic future, and it’s especially difficult for the poor to do so under the unrelenting pressure of a hardscrabble life.

(Shortform note: Researchers find that poverty causes short-term thinking. Scarcity, they say, changes what people pay attention to and causes them to focus more on short-term benefits than long-term costs. For the poor, then, the benefit of avoiding a payment in the present can loom larger than a potential future catastrophe.)

According to Duflo and Banerjee, the poor devise ways to minimize risk and informally insure one another—for instance by giving money to family and friends who fall on hard times or by borrowing from local (exploitative) moneylenders to pay unexpected health expenses—but these workarounds don’t provide the security formal insurance can, and they often lead to more debt.

(Shortform note: Nearly a quarter of all households in low-income countries borrow money to cover unexpected expenses. Interest rates on these loans vary considerably depending on who provides them, but researchers have found money lenders charging rates as high as 96% per year. Poor borrowers in these situations rarely escape their debt and often end up borrowing more money to pay off previous debts.)

So, development economists need to work on expanding insurance for the poor and improving their general circumstances to help them manage the risks they face in life, argue Duflo and Banerjee.

The Poor Have Limited Access to Credit and Loans

Banks are unwilling to give the poor access to loans and credit because doing so is unprofitable—it’s expensive to verify creditworthiness, and there’s always the possibility of default, explain Duflo and Banerjee. To cover their expenses and justify the risk of lending to the poor, banks only offer them lending options with extremely high interest rates. These are hard for the poor to pay back, so they rarely seek out a loan or a line of credit from a bank.

(Shortform note: Researchers estimate that about three quarters of the world’s poorest people don’t use banks.The chief reasons for this are travel distance, bureaucratic barriers, and high costs.)

Because of this, innovators have developed a new kind of institution to lend to the poor, write Duflo and Banerjee: the microfinance institution (MFI). MFIs lend small sums of money at affordable interest rates to those who don’t otherwise have access to formal credit. Economists have praised these institutions for using innovative strategies to accomplish this profitably, and many policymakers have assumed that MFIs have solved the problem of getting credit to the poor. However, Duflo and Banerjee don’t believe MFIs have been as beneficial to the poor as their reputations suggest.

The authors observe that two core strategies MFIs use to lend to the poor actually end up discouraging them from using MFI loans to significantly improve their lives:

1. MFIs lend a sum of money to a group of borrowers who are all mutually accountable for repaying that sum. If a group member defaults or misses a payment on their equal portion of the sum, the other members have to make up the difference, explain Duflo and Banerjee. This is good for MFIs because the borrowers do the work of vetting each other and collectively ensure that the loan gets repaid. The trouble is, many poor people are unwilling to enter into this kind of an agreement if they don’t know the other people in the group well and can’t be sure everyone’s going to repay their debts on time—it puts them at risk of having to take on other people’s debts as well as their own.

(Shortform note: In the time since the publication of Poor Economics, the microfinance industry has grown considerably, and group-lending is no longer the only way MFIs lend to the poor. Studies have shown, in fact, that when MFIs offer individual loans, they attract more new borrowers. This indicates that potential borrowers are indeed, as Duflo and Banerjee suggest, reluctant to join a group to get a loan.)

2. MFIs don’t offer flexibility in how their loans are repaid. They impose a strict repayment schedule, typically demanding that regular payments are made by the borrowing group on a weekly basis, write Duflo and Banerjee. This, again, is good for the MFI, but discourages the poor from borrowing money if they feel unsure about when they can start paying it back. For instance, if a laborer is injured, she may be unable to get back to work and earn money for a long time. Duflo and Banerjee say it also discourages people from taking larger loans that would bring more benefits but would take longer to repay—for example, someone might want to buy a cart to sell fruit, but can only afford to borrow enough money to rent the cart for the day to make the weekly payments.

(Shortform note: MFIs have become notorious for their inflexible repayment structures. Borrowers are often subjected to public shaming and humiliation for missing payments or defaulting and suffer severe psychological stress.)

For these reasons, the authors find that the poor often avoid using MFIs to cover important expenses. Instead, they prefer to borrow from family and friends because of the flexibility they have in repaying those loans. Given this lending landscape, the poor have difficulty borrowing enough money to make significant changes in their lives. So, there’s still work to be done in figuring out how to get the poor enough credit to improve their lot.

The Poor Rarely Save for the Future

Duflo and Banerjee find that, even on their meager incomes, the poor don’t save as much money as they could. The evidence suggests this is true whether the poor have access to formal savings accounts or not. The two main reasons the authors find for this inability to save are:

1. Setting aside money requires self-control and decisiveness—the poor struggle with this because of their stressful lives. Stress, the authors point out, damages our ability to make decisions and exercise self-control. Because the poor always live under significant stress—they endure a lot of risk and barely have enough resources to cover daily needs—their brains can’t easily control impulses and plan for the long-term.

(Shortform note: Studies confirm the authors’ point about poverty’s effect on self-control. Researchers suggest that giving the poor money or other assets improves their ability to regulate their decisions and save for the future.)

2. Setting aside money requires feeling hopeful about the future, but the poor often feel hopeless because the possibility of a better future seems unrealistic. Too often, the authors find, the poor’s best efforts to save for the future are negated by unexpected health expenses, crop losses, or other disasters. As a result, the poor rarely believe they’ll reach any goal they hope to save for.

(Shortform note: Hope has been demonstrated to increase savings rates. Hope enables people to focus on the future, making it easier for them to take actions now that will improve that future.)

These reasons are primarily internal and psychological, but the authors see them as nonetheless relevant to explaining why the poor don’t set aside enough money to ensure more financial stability in the future. Policymakers need to account for this if they hope to increase savings rates among the poor.

(Shortform note: Affecting the way the poor think about savings may be as simple as giving them a lockbox. A recent study of poor small-business owners in Malawi demonstrated that poor entrepreneurs given lockboxes saved more money than those who weren’t given any. In addition, those with lockboxes ended up spending more money on school-related expenses, giving gifts, lending money to friends and family, and giving credit to their customers. The study suggests that even simple, affordable interventions can make a difference in the savings and spending habits of the poor.) 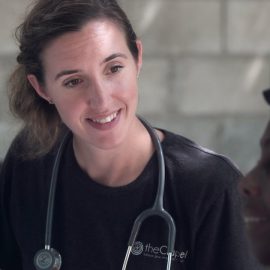 Do Doctors Really Care About Their Patients? 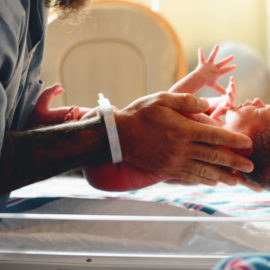 Low Birth Rates: What Are the Economic Implications?