Who is Daniel Kahneman? What shaped his views and interests that would later lead to breakthroughs in psychology?

Daniel Kahneman, in collaboration with Amos Tversky, overturned several prevailing psychological theories. Their insights reached into economics, politics, and other domains of human knowledge. While their partnership is well-known, Kahneman’s pre-Tversky years help us understand what shaped his career.

Continue reading to learn about the early life and career of Daniel Kahneman.

Who is Daniel Kahneman? A Holocaust survivor, Kahneman developed an interest in human behavior, particularly in our capacity for error, from an early age. He wondered what his own mental errors could teach him about the human mind. From his childhood in German-occupied France to his education in war-torn Israel, Kahneman would grow from a bright, young student to an insightful researcher with an eye for faulty thinking.

Though born in Tel Aviv in 1934, Kahneman grew up in Paris and was there for the outbreak of World War II. His father, like many others, misjudged how far the Germans would penetrate France. Later in life, Kahneman would explain this error as a function of the availability heuristic, covered in detail elsewhere in this guide. (Shortform note: In particular, this was the cognitive error that set Kahneman on his eventual path. While it’s untrue that France was militarily unprepared, the breakdown was one of intelligence. French commanders enacted battle plans devised after World War I, with little flexibility for new situations.)

Kahneman and his family fled to the south, where they hid their existence as Jews. It was there, Lewis says, that young Kahneman became a student of other people’s behavior, which he quietly watched as an outsider. His father died before the war ended, and Kahneman’s family moved with many others to the future state of Israel in 1946.

(Shortform note: In the aftermath of World War II, the Allies repatriated many Holocaust survivors to their homelands, but nearly two million refused due to violent antisemitism. A long-brewing movement to establish a Jewish nation grew in strength and, as Lewis mentions, the United Nations voted to partition Palestine into separate Jewish and Arab states in 1947.)

Lewis writes that Kahneman learned Hebrew quickly, but, unlike other students, he didn’t assimilate into Israeli culture. A vocational test pointed him toward psychology, and, while serving in the Israeli army was mandatory, Kahneman’s grades were high enough that, in 1951, he was allowed to go directly to college before having to join the armed forces.

Kahneman went to Hebrew University, the only college accessible to him at the time. Because the school was still piecing together its psychology curriculum, Lewis claims that Kahneman essentially had to educate himself. (Shortform note: Hebrew University first opened to students in 1925. It was forced to suspend classes during the 1948 Arab-Israeli War but reopened in 1949. Despite the following decades of turmoil, Israel’s university system grew into one of international renown and led Israel to become one of the most educated countries in the world.)

According to Lewis, the leading field of psychology at that time was Behaviorism, the study of mental conditioning through stimuli and rewards. Kahneman, on the other hand, was drawn to Gestalt psychology, which suggested that the mind acted as an interpreter between external stimuli and internal perceptions. The question at the center of Gestalt psychology was how the mind used the various senses to create a comprehensible picture of the world.

(Shortform note: Behaviorism was popularized by Ivan Pavlov and B.F. Skinner, who studied the physical behavior of living things without reference to internal thought processes. Gestalt psychology, introduced by Max Wertheimer, views the mind’s inner workings and our external behavior as individual parts of a larger whole.)

Unlike countries in which psychology was purely academic, Lewis suggests that Israel was interested in its practical applications. Upon graduation in 1954, Kahneman joined the army and, as the military’s only psychologist at the time, was assigned to evaluate new enlistees. He noted that the people interviewing recruits were falling victim to the “halo effect,” in which their first impressions colored all following judgments of a candidate.

(Shortform note: The halo effect is normally associated with positive associations, such as when marketers use celebrities and models in advertising. However, on a darker note, Kahneman points out in Thinking, Fast and Slow that the halo effect also applies to negative judgments. For example, one study reveals that jurors are more lenient to attractive defendants in court cases.)

Kahneman determined that the predictions he and other evaluators made about recruits did not bear out when compared to their actual performance. According to Lewis, Kahneman decided to remove human judgment entirely from the process, developing an evaluative “Kahneman score” based on new recruits’ documented behavior rather than faulty human perceptions. He found that his department’s evaluations improved once “gut feelings” were removed from the equation.

(Shortform note: Not everyone agrees with Kahneman’s disdain for gut feelings. Journalist Malcolm Gladwell has widely touted the benefits of instinctive judgments in his popular book Blink. However, even Gladwell admits that gut decisions can be influenced by personal bias and that the unconscious mind needs to be trained in order to make quick decisions without error. Because Kahneman’s method for minimizing emotional error was so effective, it has also been used in the job-hiring process—the Israeli army continued to use a version of Kahneman’s scoring system until replacing it with a more inclusive model in 2015.)

In 1961, Kahneman earned his doctorate from UC Berkeley and began his postgraduate research at the University of Michigan. There, Lewis says, he discovered a conflict between the thinking mind and sensory perception. Returning to Hebrew University, he continued his research into human vision by focusing on what it failed to perceive and how it could be tricked.

(Shortform note: The study of optical illusions was especially important to Kahneman because it shows that people can be persistently fooled, even those who know the illusions exist. Research on visual illusions has shown that most illusions occur in the brain, not the eye while revealing how the brain translates sensory impulses into a cohesive, yet flawed, picture of the world.)

In 1969, Kahneman began working with Amos Tversky. You can learn more about their collaboration here.

Who Is Daniel Kahneman? His Life & Career Before Tversky

How to Read Someone’s Personality & Play to Their Key Traits 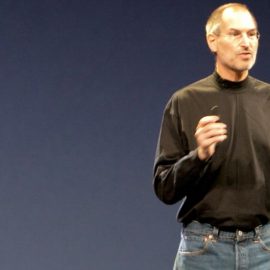 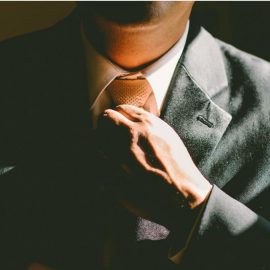