What is colorism and what are some colorism examples? How do racism and colorism interact?

For many people and cultures, light skin is considered better than dark skin. So, what is colorism? It is a type of skin-based discrimination and is related to racism because it builds on the perception that White people are better.

Read on for the answer to the question, “what is colorism?”

“Light” and “Dark” refer to the varying skin colors of people of color. Light people have straighter hair and lighter skin, but they aren’t White. Dark people have bigger noses and lips, kinky hair, and darker skin. These two groups are made up of people from many nationalities, ethnicities, and races—membership is assigned based on physical appearance. So, what is colorism?

Colorism is a combination of racist policies and ideas that causes and maintains racial inequities between Light and Dark people, the main idea being the belief Light people are superior to Dark people. Sometimes Light people are lumped in with White people when needed to maintain a majority. Here are two colorism examples:

Example #2: White female students are half as likely to be suspended as Dark ones, but White and Light female students have the same likelihood of suspension. This is a colorist perspective.

So, what is colorism and does it have merit? The truth is, there is no hierarchy of skin color. No color is better, worse, or more or less beautiful than any other.

In 1680, Morgan Godwyn wrote that Black people think as well of themselves as Europeans think of themselves. Enlightenment intellectuals tried to change this—Johan Joachim Winckelmann wrote that African Americans need to get it into their heads that beauty is White.

What is colorism’s origin? In the US, it was popularized by Samual Stanhope Smith. In 1787, he spoke to the American Philosophical Society about color. He said that domestic servants who worked closer to White people became more attractive—Lighter—and the people who worked in the fields and were farthest away had strange bodies and hair.

Slaveholders agreed that there was a color hierarchy. They thought that the Lighter an enslaved person was, the better they were, and the more they paid for them. Light people often worked in the house, while Dark people worked outside in the fields because slaveholders thought that Light people were more skilled. The hierarchy was White, Light, Dark, and then Animal. (However, some enslavers thought that “mulattos”—mixed-race people—were worse than Dark people.) This was furthering the combination of racism and colorism.

After emancipation in 1865, colorism lived on. White communities tried to keep Black people, both Light and Dark, away from them, and Light people tried to keep Dark people away from them. For example, in the 19th century, “Blue Vein” societies came into existence. These societies excluded anyone whose skin was too dark to see the blue of their veins through it. Light was a privilege that people wanted to keep.

In 1920, W.E.B. Du Bois wrote that Black people had gotten past colorism. He changed his mind when he met a biracial man named Walter White. White had blue eyes and blond hair, was pro-assimilation, and allegedly believed than non-biracial Black people were inferior.

Getting Lighter—to the point where you could pass as White or Light—became an industry. Black men used hair gel called congolene to straighten their hair, which made it look more similar to Light people’s hair. Skin lightening products became popular in 1938.

For a brief period in the early 1970s during the Black Power movement, Dark people embraced their natural hair, but the quest for Lightness returned in the 1980s. Looking Light had advantages—for example, Light people had higher incomes than Dark people.

The post-racial beauty ideal is Lightness. Lightness is racially ambiguous but includes things like lighter eye color, straighter hair, thinner noses, and medium buttocks and lips. These qualities are similar to the White beauty ideal, however, according to surveys, people think tanned skin, which looks like Light skin, is more attractive than Dark or pale skin.

Ibram’s experiences include colorism examples. As an undergraduate at Florida A&M University (FAMU), Ibram faced his dueling consciousness when it came to his appearance. He wore cornrows, which embraced his Darkness. Cornrows made racists think he was a thug, but he didn’t care. He also wore light-colored contact lenses. At the time, he didn’t think the contacts were an attempt to be Whiter or Lighter—he wore them because he thought they made him cuter. He never reflected on why he thought lighter eyes were cuter.

The first woman Ibram dated at FAMU was Light. All of Ibram’s friends at FAMU preferred Light women and treated them differently from Dark women. Ibram felt uncomfortable about liking a Light woman—he was afraid he was conforming to the colorist beauty standard—so he broke up with her and planned to date only Dark women. Although he was trying not to be colorist, this promise to himself to only date Dark women was a form of colorism, too—he’d flipped the hierarchy, but he was still assigning superiority to one color over another. 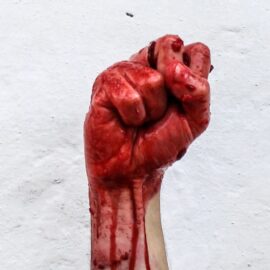 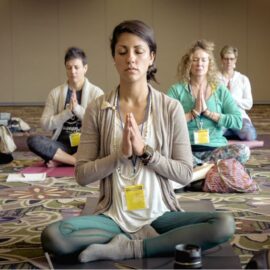 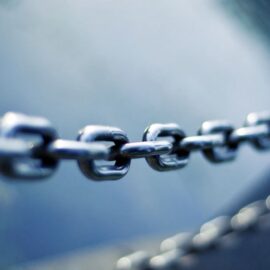