What are the types of toxic people? How can you learn to identify them and manage them?

There are many types of toxic people. First, you’ll ned to learn the types. Then, you can learn strategies for managing them.

Read more about the types of toxic people and what you can do about them.

Character must be your number-one consideration when choosing people to surround yourself with, such as your partner or boss. However, on the whole, we’re not very good at assessing people’s characters because we tend to judge people on the obvious. Often, we only see their reputation, position, or a myth they’ve created around themselves. These can be types of toxic people.

In reality, some people have weak characters, and no matter how many positive traits a person might have, their character will overpower them. This is because people with weak character can’t take criticism, so they can’t learn or change. This is one of many types of toxic people.

People with strong character, however, can learn from mistakes because they have enough self-worth to handle criticism. Their character is more flexible and they can maintain their principles while also being open-minded. They keep their promises, can finish things, can prioritize global needs rather than their personal ones, and they’re patient.

There are two steps to accurately judging character and identifying types of toxic people.

The best way to determine people’s character is to study their behavior patterns. Research their past and pay attention to their current behavior, looking for repeated actions.

Some situations are particularly useful when it comes to judging character and learning types of toxic people:

Situation #1: Positions of power. When people don’t have power, they often hide their true natures, because these would impede their ability to get power. Once they have it, however, they can act more naturally. Power usually doesn’t change people—we had just never seen their true selves.

Situation #2: The workplace. Look at how people treat employees—if there’s a discrepancy between how someone presents herself and how she treats people, she may have a weak character.

Situation #3: Daily life. Often, in the workplace, people can channel their flaws into productive actions. Outside of that situation, however, their flaws don’t have an outlet and may be revealed.

Situation #4: Small inconveniences. People tend to react to small things the same way they’ll react to bigger things, so if someone reacts inappropriately to something small, they may have a weak character.

Situation #5: Stressful moments. It’s harder for people with toxic personality types to disguise their true character when under pressure because they lose their self-control. The people who do behave appropriately in these moments have strong characters.

Situation #6: Social circles. People’s choice of friends and partners often reflects childhood relationships—for example, if someone didn’t get enough attention from her parents, she might look for a partner who will fill this role for her.

Note: There are two types of people, introverts and extroverts. Extroverts value external criteria such as clothes, food, and friends, and are preoccupied with what others think of them. Introverts, on the other hand, are more interested in their own thoughts and feelings and like to spend time alone or with just a few people. These two types of people don’t tend to understand each other and often think the other is inferior. (For example, introverts think extroverts are shallow, and extroverts think introverts are no fun.) Therefore, if you’re trying to assess someone who’s a different type from you, consider if your assessment is being clouded by your dislike.

Situation #7: Tests. Make a joke at someone’s expense, share gossip, give her a hard assignment, or criticize her to see how she reacts.

Situation #8: Actions against their self-interest. Some people’s characters are so compulsive that they can’t control their actions, even when they endanger themselves.

Everyone’s character is unique, but there are certain categories that people’s characters fit loosely into. Below we’ll cover some of the most dangerous ones. They’re dangerous because they’re often hard to spot and once you’re involved with them, it’s hard to escape. If no more specific directions are given on how to handle each type, you should avoid them.

Type #1: Extreme perfectionists. At first, perfectionists appear hardworking and dedicated. If they yell at people for their performance, this can be excused because they care about doing a job right, which is admirable.

In reality, however, these traits stem from a desire for control. Perfectionists can’t delegate or depend on others, and anything they lead is disorganized because they can’t create a reporting structure, as everything has to go through them. While initially successful, they often later suffer from health problems and burnout. They eventually fail and blame others.

Type #2: Exaggerated rebels. At first, rebels appear exciting, and they appeal to everyone’s adolescent desire to be free of authority. Their humor can be mean, which can be excused as authenticity.

In reality, however, these traits come from a desire to feel superior. Likely, as children, their parents disappointed them and as a result, they can’t stand authority or criticism. In the past, they probably ended relationships on bad terms.

In reality, however, they take everything personally. Their parents probably didn’t give them enough attention and care, and they’re constantly reminded of this when they encounter others. In the past, they probably ended many relationships, and they always think they were the victim. Eventually, they’ll get touchy and brooding.

Avoid oversensitives because they hold grudges and seek revenge.

Type #4: Dramatics. At first, these people seem exciting, humorous, energetic, and fun. In reality, however, they’re seeking attention. As children, they discovered that they had to exaggerate and dramatize their problems to maintain their parents’ attention. In the past, they had confrontations in relationships, and they always act like the victim.

Avoid getting enmeshed with dramatics. If you do get involved, it will be difficult to get out, because they’ll make you feel guilty.

Type #5: Fountains of ideas. At first, these types appear to have good ideas and you’ll be tempted to get on board and back their projects.

In reality, however, these people never complete projects. They want power and attention, but they’re scared to pursue their ideas because it takes effort, and they always give up. As children, they probably had disorganized parents and never want to be in a situation in which they’re judged again. In the past, they probably haven’t completed anything but will blame others for this.

Avoid getting involved with any of these type’s work

In reality, however, they see all their relationships as sexual. As children, they were probably sexually abused, and sex becomes about validation. If they don’t get enough validation, they can get depressed.

In reality, however, they want to be pampered, and they’re good at getting others to do it. You might find yourself doing them favors. As children, their parents probably spoiled them and protected them, and they may have acted helpless to get this treatment. If they don’t get what they want, they behave childishly, such as by throwing a tantrum.

In reality, however, this niceness is a defense mechanism. As children, their parents were probably harsh and they acted deferential and polite to avoid judgment or punishment. These types usually resent having to act this way and are often passive-aggressive and good at lying. They may secretly wish to hurt whoever’s above them.

Type #9: Rescuers. At first, these people seem like godsends—you have a problem and they want to help you.

In reality, however, these types want to control you and tamp down your independence. As children, they often had to take on a caregiving role.

Type #10: Moralizers. At first, these people seem eloquent and moral because they’re angry at injustice.

In reality, however, they have no sense of nuance. They’re judgmental and everything is black and white. As children, they were sometimes punished for their desires, which resulted in repression. They secretly want whatever they speak out about against. 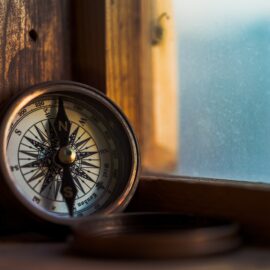 Your Personal Philosophy of Life: Finding Your Compass 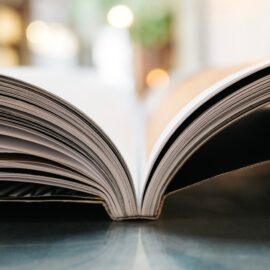