What is price anchoring? Why is our idea of a reasonable price completely arbitrary? How can anchoring affect your future decisions?

Price anchoring is the process of establishing a product’s price as “normal” and making it the benchmark by which you judge all other prices. These anchors are irrational and can stack up to more irrational decision-making in the future.

How We Unreasonably Determine Reasonable Prices

Often, you’ll find that your idea of a fair price for a product doesn’t match another person’s idea of a fair price. This disparity can be explained by the concept of arbitrary coherence—the “right” price you assign to an item is completely arbitrary. Usually, it’s simply the first price you saw that product listed for. But, once you have that price in mind, it influences how you think of the present and future prices for that product (coherence).

This process of establishing a product’s price as “normal” and making it the benchmark by which you judge all other prices for that product is called price anchoring. We’ll discuss just how irrational these anchor prices can be, and then examine how anchors can compound into long-term irrational decisions.

How You Set Price Anchors

The figure you establish as “normal” is completely arbitrary—so it makes sense that anchoring can be triggered by any figure. One experiment at MIT set out to explore this idea, using the digits of students’ social security numbers.

The participants were shown several objects up for silent auction—including several well-aged bottles of wine, Belgian chocolates, a book, a wireless mouse, and a keyboard and mouse package. Each participant received a list of the items and was asked to write the last two digits of her social security number at the top of the page. Then, they wrote those two digits next to each item in the form of a price (25 → $25, for example). Lastly, the participants indicated a) whether they would pay their listed price for each item, and b) what bid they’d prefer to place on each item.

While this experiment demonstrates that social security numbers can be effective price anchors, it’s important to understand that any number can have the same effect—the first two digits of the students’ phone numbers, for example. Of course, you don’t create anchors in your everyday life by thinking about your telephone number or social security number.

Rather, you are constantly influenced by prices—advertisements, the manufacturer’s suggested retail price (MSRP), a car salesman explaining a car’s value. As soon as you consider buying a product at a particular price that’s been put before you, that price “sticks” as an anchor. You may rationally be aware that product prices must change depending on the environment and circumstances, but irrationally, these price anchors will continue to inform your choices.

These choices may be small, such as determining that milk in Hawaii is too expensive based on your experience with milk prices in Wisconsin. Other times, anchoring might drastically affect how you make large decisions, such as looking for housing.

An experiment at MIT set out to determine if your anchors affect future purchases as well as those you make right after encountering an anchor.

In the second part of the experiment, participants from both groups listened to 30 seconds of a new annoying sound and were asked if they would listen to the sound again for 50 cents. Then, they had to indicate how much they’d ask to be paid to listen to it again. The results showed that Group A asked for a much lower payment than Group B—even though they’d both been presented with the new anchor of 50 cents.

These results suggest that our price anchors, once established, influence our present decisions as well as our future decisions. In short, we tend to stick with our first impressions, even when they may not be rational—and knowing this is key to spotting your vulnerability to making irrational decisions based on impressions. 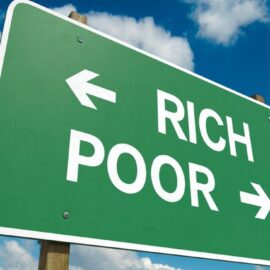 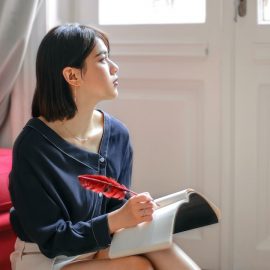 The Benefits of Writing Down Your Thoughts