Is there any truth in media? Is society so focused on entertainment that it’s removed epistemology? How has the form of culture’s media changed throughout history?

As society moved from the print era to the television era, serious news has become drowned in trivial nonsense. This is worrisome because it is creating a society where the general public would rather be entertained than well-informed.

Continue below for examples of truth in media from the past and an analysis of the effects of television on media.

The Loss of Truth in Media

As communication in America has shifted from print to television, public discourse has degenerated into nonsense. In the print era, conversation was serious and rational; under the sway of television, it’s become shallow and incoherent.

The problem isn’t that television produces garbage—print has produced its share of nonsense as well. Nonsense can be enjoyable. In fact, the best shows on television are the “junk” shows, according to Postman. But television becomes a problem when it purports to be serious and aspires to conduct a meaningful cultural conversation—for what it defines as serious and presents as truth in media actually drowns out the truth with trivial nonsense.

Throughout history, the form of a culture’s media has influenced that culture’s conception of the truth (its epistemology). Following are several examples of how the type of media influenced what people believed to be true.

In oral cultures, judges would decide disputes by searching their mental store of proverbs for one that seemed to fit the situation. The medium (the proverb) defined the truth and the parties accepted it as presenting a just solution. Similarly, Jesus drew on parables and sayings as a means of developing and illustrating truths.

Today, we might use sayings and parables to teach lessons to children—for instance, first come, first served; the early bird gets the worm; haste makes waste. But our laws and legal culture are print-based. Lawyers and judges determine the truth by parsing written laws and legal opinions. They need to be well-schooled rather than wise. (Paradoxically, jurors are instructed to rely on what they see and hear in the courtroom rather than the written word).

In academia, scholars consider published (written) words to have greater authenticity or truth than spoken words. They give credibility to published words rendered in a concrete form, which have presumably been thought through, revised, and vetted by other scholars and editors. The written word is verifiable, refutable, and objective.

In contrast, people’s verbal remarks are seen as more casual and fleeting. Because written words are more durable, they seem more credible, accurate, and truthful.

At his trial, Socrates lost credibility (and his life) because he failed to communicate in the way a majority of his jurors defined as truthful. Socrates spoke extemporaneously and asked jurors for patience with his lack of preparation. But this contradicted the prevailing belief that polished rhetoric or oratory was an indication of truthfulness. Today, in contrast, we often think of rhetoric as shallow and pretentious.

So we have a cultural bias linking truth with certain forms of expression: what one culture may regard as authentic, another may see as trivial.

As a culture’s forms of expression (media) evolve—from oral to writing, printing, the telegraph, and television—its ideas of truth also evolve. Today, we contend that “seeing is believing,” but in the past, depending on the medium, we might have argued that hearing, reading, counting, or feeling was believing.

Our concept of truth is closely related to what we think of as intelligence (ability to comprehend the truth). Different cultures mean different things by intelligence, again depending on their forms of communication. For example, in past oral cultures, an ability to remember proverbs and think up new ones were indications of intelligence. Solomon reportedly knew 3,000 proverbs.

In a print culture, intelligence relates to the printed word and encompasses:

The various ways of defining truth and intelligence aren’t equal. Television has replaced a serious, logical, print-based epistemology, or understanding of the truth, with a shallow, image-driven one in which appearance rather than substance lends credibility.

Of course, print still exists to counter television’s simplistic presentation, but print has become much less powerful. The way we use print has changed—for instance, reading has a less central role in schools than it used to. Meanwhile, television has degraded our discourse around all aspects of public life, to the point that public discourse is increasingly incoherent and trivial.

Television does have benefits—for instance, providing comfort and entertainment to those who are home-bound. Also, it can influence public opinion beneficially—its ability to appeal to emotions stirred opposition to the Vietnam War.

A new form of communication can help more than it harms or vice versa. For instance, among typography’s many effects, it led to the dominance of prose. As a result, poetry came to be viewed as elitist. Print fostered individualism while undermining the medieval sense of community. It elevated science, which had the side-effect of demeaning religion as superstition. However, on balance, print was more beneficial than harmful, as it shaped most modern ideas.

We don’t know what all of television’s effects will be in the future. While it has dangerously undermined the seriousness, clarity, and value of public discourse, there may be benefits we’re not yet aware of. 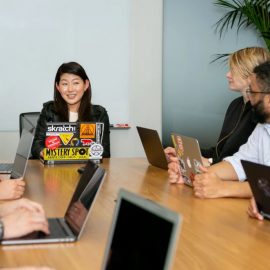 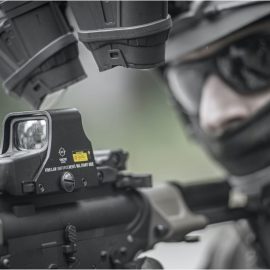 What Are NFA Firearms? Decoding the National Firearms Act