What is trigger marketing? How can you use triggers to get people talking about your product?

Trigger marketing uses reminders or associations to make customers remember your product. This could take the form of a popular slogan, event, an action, or even a smell. Having effective marketing triggers will remind potential customers about your product to increase the likelihood they will buy it.

What Is Trigger Marketing?

Contagious products and ideas are often the result of trigger marketing. A marketing trigger is a stimulus that reminds you of something else. For example, smelling food as you walk down the street might remind you that you need to grab some lunch. Seeing a book that a loved one likes will remind you of that person.

If you can link your product or idea to a marketing trigger, you can ensure that people think about it whenever they encounter that trigger. For instance, say you‘re launching a new type of ice cream. In the marketing for your product, you decide to strongly associate eating the ice cream with sunny weather. From now on, whenever it’s sunny, people will be triggered to think about your product.

Triggering people to think about your product helps to generate word of mouth because people tend to talk about whatever’s on their mind in a given moment. Therefore, if your product or idea is the thing on someone’s mind, it’ll become the thing they choose to talk about.

This is especially true when people are making small talk—for instance, when parents are talking on the sideline of their kids’ soccer game, or when colleagues chat on their lunch break. In this type of conversation, people aren’t too bothered about talking about something cool or interesting. Cashing in social currency isn’t their main objective. Instead, they just want to fill the silence with something—anything. In their desperation to do this, they turn to the most obvious thing to talk about: the thing that’s at the forefront of their minds.

How to Create Effective Marketing Triggers

Companies use trigger marketing all the time. However, Berger’s research has shown that not all triggers are created equal. Some lead to huge increases in popularity for brands, while others fall flat.

For a marketing trigger to be effective, it needs to be designed very carefully. It must have the following five features:

The marketing trigger also needs to be consistently and strongly linked to your product in your marketing campaign.

If you want people to consistently think and talk about your product, you need to remind them of its existence regularly. Therefore, you need to pick a trigger that activates frequently. This is the key to effective trigger marketing.

The easiest way to make your trigger activate frequently is to make it a common stimulus that people will encounter a lot in their everyday lives. Make the trigger something people might come across on their way to work, while they’re seeing friends, on a walk around the block.

For example, a successful Budweiser marketing campaign used the word “wassup” as a trigger. In the brand’s TV ads, young men were shown saying “wassup” to each other as they met up and drank Budweiser. At the time, “wassup” was a common phrase used by young men, who happened to be the company’s target demographic. These men encountered the term “wassup” a lot in their everyday lives, and every time they did, they would think of Budweiser.

In contrast, insurance company GEICO used cavemen as a trigger in one of their marketing campaigns. Their ads stated that switching to their insurance was easy enough even for a caveman to do. Unfortunately for GEICO, most people don’t come across cavemen very much in their everyday lives. The trigger wasn’t activated frequently enough for it to be effective, and the marketing campaign wasn’t successful.

A common mistake that companies make when it comes to choosing triggers is making the trigger too time-constrained. For example, the beer brand Michelob initially made its trigger “the holidays.” This limited how frequently the trigger could activate. Holidays don’t come around all that often, so people weren’t triggered to think about Michelob beer all that often. The marketing campaign fell flat.

If you decide to make your trigger time-related, choose a time period or a time-constrained event that happens frequently enough to generate consistent interest in your product. For example, when Michelob switched their time-related trigger from “the holidays” to “the weekend,” interest in their product increased again. People were triggered to think about the beer every weekend—much more frequently than before.

Successful triggers must have long-term relevance. They must be something that people will keep encountering weeks, months, or even years into the future. If your trigger quickly disappears from public view, people will swiftly stop thinking and talking about your product. You won’t generate ongoing word of mouth or create long-term product success.

For instance, while Budweiser’s “wassup” trigger worked well in the short term, it had a time limit because popular slang changes pretty frequently. “Wassup” wasn’t going to remain a commonly used phrase forever. As a trigger, it would eventually become obsolete.

Meanwhile, in the late 2000s, Kit Kat chose a trigger that has remained relevant for years and will continue to do so: drinking coffee. People will always want to drink coffee, meaning the trigger’s effectiveness will never wane.

Feature #3: Activation Close to the Site of Your Desired Behavior

For trigger marketing to be successful, the trigger must activate close to a place where people can act on it. If it doesn’t, people will likely forget about your product before they get the chance to do what you want them to do. For instance, if the behavior you want from your customers is for them to talk about your product, make your trigger something that will appear when they’re around other people. It does no good for the trigger to be activated when they’re alone and have nobody to talk to.

In many ways, Kit Kat’s coffee trigger does this. People frequently get coffee with other people—for example, with their colleagues on work breaks or with friends at the weekend. This means that when people make a coffee and start to think about Kit Kats, they’re in a prime position to discuss the product with other people.

Conversely, a New Zealand public service announcement about slipping in the bathroom proved ineffective because its trigger wasn’t close enough to the site of the desired behavior. The ad’s ultimate aim was to get people to buy a bath mat. This would stop them from slipping on the wet floor after their shower and injuring themselves.

As their trigger, the producers of the ad chose the action of taking a shower. This meant that every time people took a shower, they thought of the ad and were reminded to buy a bath mat. But, they couldn’t act on their thoughts. They were in the shower, not in a shop or near a device that they could use to shop online. Consequently, the ad was ineffective.

When you pick a trigger for your product, make sure it’s unique—that people haven’t used that trigger to make people think about other products or ideas in the past. If you choose a trigger that’s been used before, there’s a high chance that people won’t think about your product or idea when they see it. Instead, they’ll think of the previously linked product or idea. Your product will get lost in the crowd.

For example, if you choose the color red as your trigger, it will probably be ineffective. People are going to think about things like Coca Cola and Santa Claus before they think of your product.

Different geographical areas have different environments and therefore contain different potential triggers. For example, palm trees are common in Los Angeles, but not so much in the Pacific Northwest. New York City has packed streets with honking yellow cabs, while rural Minnesota has open roads with far fewer cars. People in these different locations experience vastly different situations, meaning they come across very different stimuli.

Be mindful of this fact when choosing your trigger. If you pick a trigger that isn’t present in the local environment of your target audience, it’s going to be ineffective. People simply won’t see the trigger often enough for it to spark consistent thoughts about your product.

For instance, imagine you’re marketing a new brand of bottled water. Your target audience is professionals who work in Washington DC. When formulating your marketing strategy, you decide to make the desert your trigger. You design your campaign around the idea that this water is the perfect drink to quench your thirst if you’re walking through the desert. However, there is no desert in Washington DC. Your target audience is very unlikely to come across your chosen trigger. Therefore, they’re very unlikely to be reminded of and talk about your product.

Consistently Link Your New Trigger to Your Product

Once you’ve created an effective trigger, use marketing materials to consistently link your product to your trigger. People need to frequently see the product and the trigger together so that they strongly connect the two concepts in their minds. Only then will encountering the trigger make them think of the product.

Incorporate the trigger into every element of your marketing campaign. Find a way to include it in your product’s slogan, and include the trigger in your visual or radio advertising. Keep pushing the idea that your trigger and your product are connected.

For example, when Kit Kat wanted to make coffee its new trigger, it introduced a series of radio ads. All of the ads somehow connected Kit Kats and coffee. One ad described a Kit Kat being placed next to a cup of coffee in someone’s kitchen. Another described someone immediately requesting a Kit Kat after purchasing a cup of coffee. These ads were the key to cementing the connection between Kit Kats and coffee in customers’ minds.

A slightly sneaky and unusual way of using triggers is the “poison parasite” method. This involves making a competitor’s marketing campaign a trigger for your own—making people think of your product whenever they hear about your competitor’s offering.

A famous example of this is an anti-smoking campaign that spoofed a Marlboro cigarette ad. The campaign used the same characters as the Marlboro ad, but instead of gleefully sharing Marlboro cigarettes, the characters talked about the health issues they’d developed due to their smoking. From then on, when people saw the Marlboro ad, they immediately thought of the anti-smoking campaign. Consequently, they were discouraged from buying cigarettes.

Learn how to implement a successful trigger marketing strategy for your product or idea. 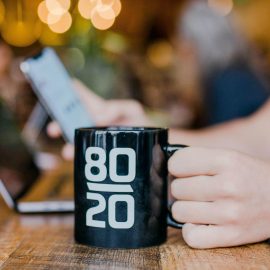 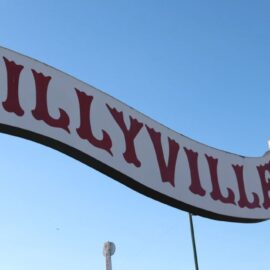