Are we failing to treat ADHD in children? How are we addressing it now?

Stolen Focus author Johann Hari says that we’re failing to effectively address ADHD (attention-deficit/hyperactivity disorder) in children. He says that instead of medicating them, we need to find the underlying reasons and solve them.

Keep reading to learn the factors that lead to ADHD and the risks of ADHD medication.

Factors That Lead to ADHD

Hari points out that ADHD numbers have climbed over the past few decades. Today, 13% of teenagers in the US have an ADHD diagnosis, and many of them take stimulants to manage it. While there’s little question ADHD is a real problem for many people, its causes are unclear, which makes treating ADHD in children difficult.

Hari explains that scientists and doctors disagree on basic facts about ADHD. For example, there’s no consensus on whether ADHD is a biological condition or if it even exists as a single condition. Many US-based doctors believe that ADHD is genetic and that medication is the appropriate way to treat it. But doctors elsewhere argue that there are deeper causes and that the appropriate treatment would be to make changes in the child’s environment.

Hari says a key change is lowering stress levels around the child. Research shows that people who experience high levels of stress over a sustained period have a hard time focusing. Their brains are constantly scanning their surroundings for danger, which makes it difficult to focus on other tasks, such as work or school.

A decades-long study of the factors that shape people as they grow found that environmental factors, such as a child’s home life, were stronger predictors of attention problems than neurological indicators. The more stress there was in a family’s life, the more likely the child was to have difficulty focusing.

(Shortform note: Psychologists say the disruption and resulting stress caused by the Covid-19 pandemic worsened the problems of children with ADHD. The pandemic created an immediate, dramatic change in children’s environment, eliminating the structure such children need, as well as socialization and in-school support.)

While scientists don’t agree on the causes of ADHD, most are confident that treating ADHD in children with medication helps them focus on specific tasks. However, the same medication also helps people who don’t fit the ADHD description. Hari argues that this shows that the medication isn’t fixing any problems, it’s simply stimulating the brain. He questions whether continuing to use these stimulants is worth it when considering their risks:

(Shortform note: In addition to the developmental risks, ADHD medication can have a range of side effects, including problems sleeping, irritability, headaches, moodiness, loss of appetite, nausea, and cardiac risks.)

In Why We Sleep, Matthew Walker agrees that a range of other issues underlies children’s difficulty maintaining focus. Considering the rise of ADHD diagnoses in recent years, he claims that over 50% of them are misdiagnoses of other underlying issues. One of those issues, he believes, is sleep disorders resulting from children’s schedules being forced to match adults’ working schedules. To make matters worse, doctors prescribe them amphetamines, which, as we’ve seen, risk the healthy development of children’s brains and bodies, disrupting their sleep further, and making it harder to solve the underlying problem.

Sleep deprivation and stress compound each other. Studies show that not sleeping enough can cause mood swings, stress, and even depression and anxiety. 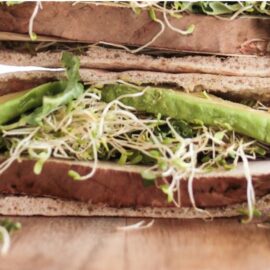 Upstairs and Downstairs Brain Domains: What They Do 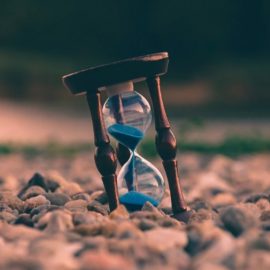