The three vinegar tasters is a story that illustrates Confucianism, Buddhism, and Taoism. Based on what they taste and how they respond, you come to see what the essence of each faith is.

Read on to understand Taoism as illustrated by the three vinegar tasters.

The Vinegar Tasters painting is a popular Chinese painting that helps elucidate how Taoism differs from other belief systems. The Vinegar Tasters painting shows three men surrounding a pot of vinegar. Each man represents one of the three prominent teachings of Chinese wisdom—Confucianism, Buddhism, and Taoism—and the vinegar represents the “essence of life.” Each man has dipped his finger in the pot, tasted the vinegar, and reacted by way of facial expression to the taste.

The first man in the Vinegar Tasters painting, Confucius, shows a sour reaction to the vinegar. Confucianism suggests that rituals create order and lead to the right results. A Confucianist holds ancestral cultural heritage dear and longs for the days in which the emperor was considered the son of heaven and bridged the gap between heaven and earth. For Confucius, modern life is sour because it has deviated from the rituals of the past, and the government of men has strayed from the government of the universe, or “Way of Heaven.”

The second of the three vinegar tasters, Buddha, shows a bitter reaction to the vinegar. Buddhists believe that a being must rise above their earthly desires to attain a state of Nirvana. They contend that the modern world is full of traps and illusions that draw people in and lead to pain. The essence of life is bitter from society’s obsession with the pursuit of personal satisfaction and subsequent suffering.

The third man, Lao-tse, the author of the oldest book on Taoism, the Tao Te Ching, shows a happy reaction to the vinegar. For Taoists, there is harmony between heaven and earth at all times that is readily found by anyone at any moment.

Lao-tse sees Confucianism as laws run by men, which disrupts the natural laws of the heavens that mirror back to the earth. The more human interference with the natural state of things, the more distance created between humans and the harmony of the universe. Life becomes sour when you try to manipulate nature and ignore the natural order of life.

Lao-tse sees Buddhism as an unnecessarily negative perspective of the world. Rather than providing traps that lead to pain, the world is full of opportunities for lessons that teach you how to live in harmony. Life becomes bitter when greed and selfishness make humans resentful of each other and the natural offerings around them. That’s what you learn of Taoism from the three vinegar tasters.

Taoism is the belief in the Way, or the mechanism that governs all things in heaven and earth. You cannot and should not try to explain or define the Way for the sake of knowledge. You can simply experience the Way. When living with the Way, life is happy.

When you merely exist in the appreciation of what life offers, are open to its lessons, and are willing to adapt to whatever comes your way, you are living a Taoist life. The vinegar is only sour or bitter if you choose to experience it that way through comparisons or resentment. The vinegar is simply what it is, and when you accept and appreciate that, the negative becomes sweet. That’s what the three vinegar tasters teach.

Taoism is a way of living that is free from preconceived notions about how you should be living. The Way of the Taoist is a way guided by intuition, sensitivity to the natural world, and a willingness to be guided by wisdom, rather than knowledge.

Does this type of character sound familiar? In Western culture, one of the best examples of Taoism is Winnie the Pooh. Pooh is a simple bear with simple thoughts. He wanders around happy and open to whatever the day brings without expectations or accumulation of knowledge. He merely is, and it always works out for him.

By looking at the theoretical aspects of Taoism and ancient examples of Taoism at work, as well the adventures of Pooh and his family of friends in the forest, you can gain insight into why the Taoist way may be the most beneficial way to live. 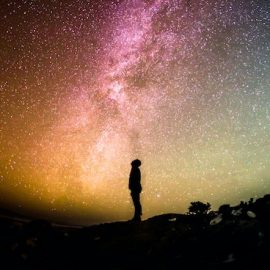 When God Seems Distant: The 4 Ways to Reconnect

In Buddhism, Suffering Is a Part of Life 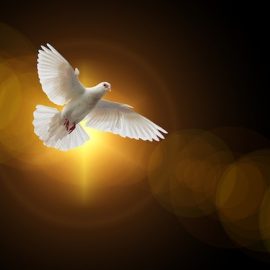 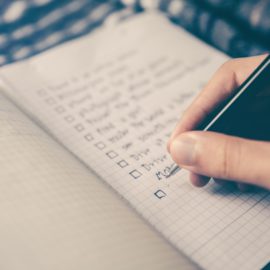