What’s the Red Queen effect? What are some ways to thrive in the midst of competitors?

In The Great Mental Models Volume 2, authors Rhiannon Beaubien and Shane Parrish introduce two evolutionary models—the Red Queen effect and adaptation. They use them to explain the importance of keeping up with our competition and the mechanisms by which we can do so.

Continue reading to learn how to apply these models to your life and work.

Two scientific models suggest ways to survive—and perhaps triumph—in a competitive environment. Both models are drawn from the larger mental model of evolution—the theory that species undergo gradual genetic change over time due to random mutations which are filtered through natural selection. These mechanisms ensure that beneficial changes persist while disadvantageous changes die out.

According to Beaubien and Parrish, one model of evolution that can help us understand social competition is the Red Queen effect, which states that evolution is an ongoing process and species must constantly adapt to competitive pressures or else be killed off. The effect is named for the Red Queen in Lewis Carroll’s Through the Looking-Glass, who tells Alice that in Wonderland, one must run as fast as possible just to stay in place.

The authors point out that, similarly, if an idea or technology can’t keep up with changing needs, it’ll die off in favor of more useful or flexible alternatives. For example, Roman numerals worked fine for recording quantities and dates, but they were difficult to work with and prevented the development of more advanced mathematics like algebra and geometry. So when 12th-century Mediterranean traders encountered the 0-9 numeral system that was common in the Indian and Arab worlds, they gradually adopted that system instead—and we still use it today.

Beaubien and Parrish suggest that the Red Queen effect is particularly useful when considering business strategy, where this concept warns that, just because a product or business model has been successful for a long time doesn’t mean it will continue to thrive. For example, Kodak dominated the consumer photography market for decades, and in 1975, Kodak engineers pioneered the handheld digital camera—but the company refused to market the invention because they didn’t want to disrupt their profitable film-based business model. By the 2000s, digital cameras were widespread, and Kodak filed for bankruptcy in 2012.

Although the Red Queen effect suggests the importance of constantly evolving, it doesn’t actually explain how to do it. Luckily, Beaubien and Parrish introduce the ideas of adaptation and exaptation to explain how you can keep up in a competitive environment.

In evolutionary biology, an adaptation is a new structure that arises to serve a specific function. For example, the reptilian species that pre-dated modern mammals had two bones—the quadrate and the articular—that formed the jaw joint. These bones were adaptations because they evolved for the specific purpose of hinging the jaw.

In a technological context, adaptation is a straightforward idea—it means coming up with new products and strategies to bring in money. The trick, as we saw with the Red Queen effect, is to keep innovating to stay ahead of your competitors.

(Shortform note: In other words, business is what Simon Sinek calls an infinite game—that is, a game that never ends and whose purpose isn’t to win, but to keep playing as long as possible. In The Infinite Game, Sinek argues that one of the keys to surviving such a game is to evolve proactively. He says that even when things are going well, you should anticipate future changes and be prepared to fundamentally transform your products and/or strategy before you’re forced to do so. By doing so, you don’t just survive change—you also benefit from it.)

Whereas biological adaptation requires developing a new structure for a specific purpose, an exaptation is the use of an existing structure for a new purpose. For example, for unknown reasons, the line of animals that eventually became mammals developed a new jaw hinge based on the squamosal and dentary bones, and shortly thereafter, the quadrate and articular bones (the old jaw hinge) re-evolved into the “hammer” and “anvil” bones of the mammalian middle ear. The middle ear bones were an exaptation because they repurposed an existing structure for a new use.

Beaubien and Parrish argue that, in the human world, exaptation suggests that, instead of inventing new technologies, you can be equally successful by finding new uses for existing ones. For example, the cavity magnetron is a component originally designed for radar systems in World War II. In 1946, while testing a magnetron, an engineer noticed that the snack bar in his pocket had melted—an accident that led to the repurposing of the magnetron as the basis of the microwave oven.

(Shortform note: When we think about innovation, we often think about new technologies, or in the example of the microwave, new uses for existing technologies. But as Safi Bahcall points out in Loonshots, innovation can be purely strategic, as well. For example, Ford’s assembly-line production of the Model-T was an exaptation based not on technical advances (the car and the assembly line already existed), but on a new method of assembling automobiles.)

Finally, Beaubien and Parrish point out that exaptation also means that you can create new technologies without necessarily knowing what they’ll be used for. For example, in 1968, a scientist at 3M was trying to create a strong adhesive, but instead discovered an adhesive that was weak but removable and reusable. The scientist spent years looking for a use for his creation before a colleague realized it could be used to gently hold bookmarks in place—and with that, the Post-it Note was born.

(Shortform note: In Antifragile, Nassim Nicholas Taleb points out that many of the world’s great inventions have come from this sort of directionless innovation, which he calls tinkering. Taleb argues that tinkering is more valuable than research in the traditional sense because tinkering remains open to unexpected outcomes, whereas officially funded research usually has a specific end goal in mind, which limits creativity and discourages serendipitous discoveries.)

The Red Queen Effect & Other Ways to Beat the Competition 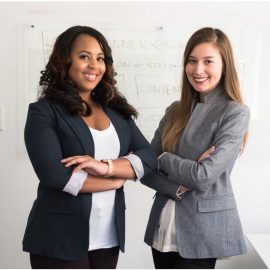 How to Create a Team: The 6 Essential Steps

Safi Bahcall: How to Encourage Innovation