In The Glass Castle, symbolism is used to convey the deeper meaning of Jeannette’s experiences. The Glass castle itself is a symbol.

Read more about The Glass Castle, symbolism, and what major symbols mean.

In The Glass Castle, symbolism is an important part of the book and is used to convey meaning in Jeannette’s life story. Read about each of these The Glass Castle symbols and their meanings as well as a brief summary of the symbol in the book.

One examples of The Glass Castle‘s symbolism is fire. Fire appears several times throughout the book.

The fire symbolizes Jeannette’s fscination with control and chaos. She’s interested in how she can control fire, but is afraid of it when she realizes how dangerous it truly is. Jeannette’s earliest memory is of fire.

Jeannette was back cooking hotdogs days after returning home. She also had a new obsession with fire. She started testing how long she could hold her finger over a candle flame and stared in awe at garbage fires in her neighborhood. She played with matches and made small fires with paper, debris, and plastic dolls. Her parents were proud she’d embraced her accident so bravely.

What does The Glass Castle represent, and why is it the title of the book? The Glass Castle’s symbolism also comes from one of its biggest themes, the idea of the glass castle itself. is the house Jeannette’s father promises he will build one day. The glass castle represents impossible dreams and transparent, false promises that as Jeannette ages, she can see through.

Jeannette believed in her father’s wisdom and abilities. She loved when he told stories about his great feats of bravery in the Air Force, which always ended in him saving a soldier or a whole troop from death and danger. He’d helped save thousands from drowning after fixing a part of the Hoover Dam, and he’d thwarted a terrorist attack on the Air Force base after meeting the guy in a bar. The stories were always told in a way that made Rex the big hero.

So what does The Glass Castle represent? These stories were often replaced by the outlandish plans for their futures. The most significant of Rex’s plans was the Glass Castle, a house made completely out of glass and operated by solar power. He’d drawn up blueprints and took them everywhere they went. Once the Prospector found gold, he’d begin construction on the house.

In The Glass Castle, symbolism can also be found in the cosmos. The stars that Rex “gives” each child at Christmas symbolizes the family’s commitment to being nonmaterial, and their strong connection to each other.

When Christmas rolled around that first year in the Midland, Rex didn’t have enough money even for their meager celebration. He’d been fired from the mine after arguing with his supervisor. On Christmas Eve, Rex took each child out into the desert and told them to pick out a star in the sky as their present. He said they would always be able to find their stars, which made them luckier than kids who would grow out of their presents in a year. Jeannette chose Venus even though it wasn’t a star.

Jeannette’s geode represents her independence and selfhood. Jeannette takes her favorite geode with her on eery move, and then when it’s time to move on from her life with her parents, leaves the geode behind.

Rex found a job as a mine electrician, which regulated his time in a more positive way. He was up early, and when he came home in the afternoon, he played with the children. When he wasn’t around, Jeannette and Brian would go exploring in the desert. Jeannette became a collector of treasured rocks, such as turquoise and geodes.

Whenever the family did “the skedaddle” Jeannette brought her geode. But when Jeannette left for New York, that changed.

Rose Mary gave Jeannette an old suitcase for her trip. She only packed clothes and her portfolio of articles from the Wave. Jeannette didn’t want to bring anything from her old life, including her favorite geode she’d had since Battle Mountain. She gave it to Maureen.

The house in Welch symbolizes Rex and rose Mary’s true neglect toward their children. The house. ispractically uninhabitable, and both parents’ behavior worsens.

Jeannette thought things would get better with her parents back, but Erma wouldn’t forgive the kids. She kicked all of them out. With no jobs, no money, and no car (it had broken down on the drive back from Phoenix), Rex set out to find something cheap in town. What they ended up finding was a ramshackle wooden house on the side of a steep hill. The front of the house sat on cinder blocks, and there was no indoor plumbing.

There was an old black coal stove in one of the three rooms that vented through a window instead of a chimney. The ventilation was poor, and part of the ceiling was stained from the thick smoke. The kitchen had exposed and shoddy wiring around the appliances, and when they were able to pay the electric bill, at least one of them was shocked if they touched some wet or metallic. They wore rags or socks over their hands to avoid it. There was also a leak in the ceiling that grew so much during a rainstorm, part of the ceiling came down. No one fixed it.

Jeannette longed for their house in Phoenix, as well as the dry, sunny weather. She asked Rex if they were ever going home, to which he responded they were home. Rex loved the house, not for the current dwelling, but because of the included land, on which he planned to build the Glass Castle.

The Glass Castle’s symbolism is thoughtful and clear. Jeannette’s life experiences have deeper meanings and she conveys them through the symbols in her life. 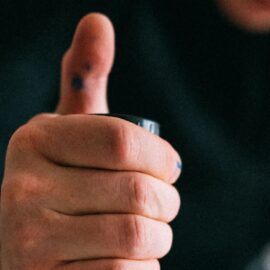 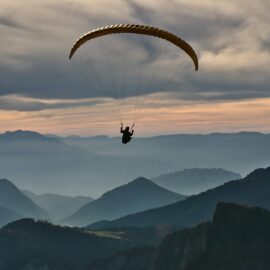 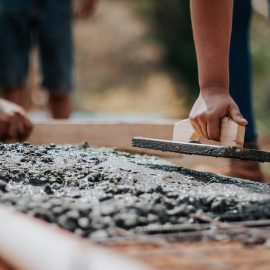 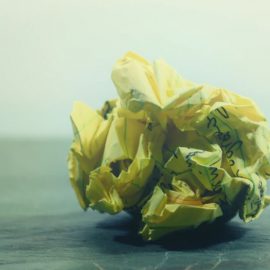