Are you looking for The Dichotomy of Leadership quotes by Jocko Willink and Leif Babin? What are some of the most noteworthy passages worth revisiting?

Leadership requires a delicate balance of various dichotomies: You must be compassionate yet pragmatic, humble yet confident, bold yet cautious. In The Dichotomy of Leadership, former Navy SEAL commanders and corporate leadership consultants Jocko Willink and Leif Babin will teach you to reconcile common dichotomies or conflicts in leadership.

Below is a selection of quotes with explanations to help you put them into context.

Quotes From The Dichotomy Of Leadership

The following The Dichotomy of Leadership quotes highlight some of the key ideas:

“When a leader takes too much ownership, there is no ownership left for the team or subordinate leaders to take. So the team loses initiative, they lose momentum, they won’t make any decision, they just sit around and wait to be told what to do.”

Willink and Babin explain that some people misunderstand the concept of radical accountability, using it as an excuse to assume direct responsibility for as many tasks as possible—micromanaging their teams. The authors condemn micromanagement primarily because micromanaging your team members discourages them from taking responsibility for the broader mission. If your team members sense that you want to control everything, they’ll do nothing but wait around until you give them specific directions. By disincentivizing them from coming up with creative ideas and getting things done on their own, you stunt their personal growth and hurt the team’s potential for success.

Willink and Babin assert that you want every member of your team to feel unconditionally supported. However, they point out that if you let a single struggling member drag the rest of the team down, you’re doing everyone a disservice.

Willink and Babin emphasize that in the majority of cases, you should try as hard as you can to coach struggling team members until they improve and meet your team’s standards. Part of radical accountability is accepting responsibility for your team members’ shortcomings. If they fail, begin by assuming you’re not mentoring them well enough.

However, if it becomes obvious that the struggling team member isn’t able to improve, you’re obligated to cut them from the team. Willink and Babin explain that this is also a form of radical accountability—doing what needs to be done for the good of the entire group. You’re protecting the rest of the team from the consequences of their potential mistakes. And more than likely, you’re doing what’s best for the one who’s struggling—they’ll be happier working on a team better suited to their abilities.

“… the best leaders, the best teams, don’t wait to act. Instead, understanding the strategic vision (or commander’s intent), they aggressively execute to overcome obstacles, capitalize on immediate opportunities, accomplish the mission, and win.”

In most situations, doing anything, even embracing an imperfect solution to a problem, is better than doing nothing. This is because problems often get worse the longer you take to solve them. Proactive action now makes things easier down the road.

The authors explain that doing nothing but waiting around for orders is the opposite of radical accountability. There’s always an action you can take to further the mission. If you don’t have the authority to do something, make a direct recommendation to someone who does.

“A leader must care about the troops, but at the same time the leader must complete the mission, and in doing so there will be risk and sometimes unavoidable consequences to the troops.”

A leader must inevitably make decisions that put individual team members in harm’s way for the sake of the mission. Sacrifice is integral to the idea of what it means to be a leader. It’s why many people see leadership as a burden—many leaders struggle with a guilty conscience over the decisions they have to make. 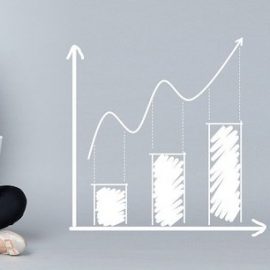 The Defining Decade: Book to Navigate Your Twenties 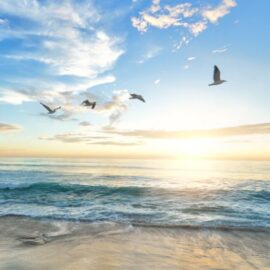