Are you stuck in your ways at work? Have you received negative feedback about your performance but are resistant to change?

In his book What Got You Here Won’t Get You There, Marshall Goldsmith says that many leaders and managers tend to resist change for a number of reasons. However, if you are receiving negative feedback about your performance, it’s important to make changes and improve, or else you may never move up the ladder.

Here is Goldsmith’s advice on managing your resistance to change.

You might think that once successful people learn that they’re behaving in a harmful way, they immediately decide that they want to change for the better. They want to quickly eradicate their bad habits so that they stop hurting their colleagues and their own reputation.

However, this isn’t always the case. Often, successful people find the idea of changing their behavior very difficult to accept. In his book What Got You Here Won’t Get You There, Marshall Goldsmith argues that this is due to successful people developing the superstitious delusion that their bad habit was a major factor in generating their professional success up to this point. They believe that if they cease their bad behavior, they’ll only experience failure in the future. Therefore, any calls for them to cut out the bad habit are met with extreme hostility.

To illustrate this superstition in action, Goldsmith relates the example of a past client of his named Harry who managed his resistance to change. Harry was a respected executive who got great results for his company. However, he had one flaw: He was a terrible listener. This damaged Harry’s working relationships and made people reluctant to share ideas with him, since they knew he wouldn’t pay attention to them.

When people suggested to Harry that he should improve his listening skills, he became very defensive. At the root of this defensiveness was superstition. Harry believed that refusing to listen to others was the secret to his success because it meant his mind didn’t become cluttered with other people’s bad ideas. Instead, he could focus on his own, good ideas. He fundamentally believed that if he changed his behavior and started to listen to others, his performance would suffer.

Of course, this almost certainly wasn’t true. Harry could probably cope with the mental strain of both contemplating his own ideas and listening to other people’s. His performance wouldn’t suffer if he cut out this bad habit, and his reputation would definitely improve. But, his superstitious belief had convinced him that changing would be a disaster.

If you find that you’ve become superstitious about a bad habit and therefore feel reluctant to change it, Goldsmith suggests that you take the time to fully analyze how beneficial this behavior has actually been to you. You could start by making a list of all the ways in which you believe this behavior has helped you to succeed. For instance, Goldsmith’s client Harry would probably note down his belief that refusing to listen to people has helped to keep his mind clear of other people’s bad ideas.

Then, you could make a list of all the ways that your behavior has damaged your potential to progress—for instance, the ways in which it’s harmed other people, hurt your reputation, and stunted your growth as a person and a leader. For example, in this list, Harry might note that his refusal to listen has made his employees feel marginalized and ignored, and has consequently given him a bad reputation. Likewise, he might add that by refusing to hear other people’s suggestions, he’s not only shut himself off from their bad ideas, but from their good ones, too.

Once you’ve made these two lists, you’ll probably find that your bad behavior does much more harm than good, and you’ve succeeded in spite of it, not because of it. You’ll hopefully feel more certain that you do need to change.

Tips on Motivating Yourself to Change

Goldsmith provides two tips on how to motivate yourself to start and continue the process of change:

Tip #1: Find a way to measure your progress. For example, you could track how many times each day you engage in your bad behavior—for instance, get angry, or add value to someone’s ideas. Hopefully, as you progress, that daily number will go down—an achievement that will motivate you to continue. We tend to feel much more willing to continue the process of change if we can tangibly see the results of our hard work.

Tip #2: Monetize the process of change. Devise a rule that states you have to pay a fine every time you engage in your bad behavior. Set this money aside and tell yourself that you can’t get it back until you’ve consistently stopped behaving badly. This financial penalty for your bad behavior will motivate you to cut it out.

A Leader’s Guide to Managing Resistance to Change 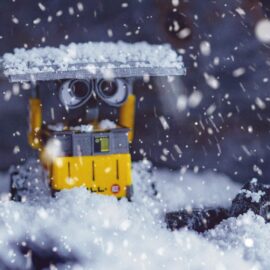