What was the Blue Vein Society? How did the Society and the one drop of blood rule demonstrate colorism in the 19th century?

The Blue Vein Society was a type of organization that aimed to identify who was “white enough” to be considered white. If your skin was so dark you couldn’t see blue veins through it, you were not considered white.

Read on to learn more about colorism with the Blue Vein Society and the one drop of blood rule.

Colorism in the 18th Century

Colorism in the US was popularized by Samual Stanhope Smith. In 1787, he spoke to the American Philosophical Society about color. He said that domestic servants who worked closer to White people became more attractive—Lighter—and the people who worked in the fields and were farthest away had strange bodies and hair.

Slaveholders agreed that there was a color hierarchy. They thought that the Lighter an enslaved person was, the better they were, and the more they paid for them. Light people often worked in the house, while Dark people worked outside in the fields because slaveholders thought that Light people were more skilled. The hierarchy was White, Light, Dark, and then Animal. (However, some enslavers thought that “mulattos”—mixed-race people—were worse than Dark people.)

After emancipation in 1865, colorism lived on. White communities tried to keep Black people, both Light and Dark, away from them, and Light people tried to keep Dark people away from them. For example, in the 19th century, the Blue Vein Society came into existence. There was more than one Blue Vein Society and each excluded anyone whose skin was too dark to see the blue of their veins through it. Light was a privilege that people wanted to keep.

One Drop of Blood Rule

In 1920, W.E.B. Du Bois wrote that Black people had gotten past colorism. He changed his mind when he met a biracial man named Walter White. White had blue eyes and blond hair, was pro-assimilation, and allegedly believed than non-biracial Black people were inferior.

Getting Lighter—to the point where you could pass as White or Light—became an industry. Black men used hair gel called congolene to straighten their hair, which made it look more similar to Light people’s hair. Skin lightening products became popular in 1938. 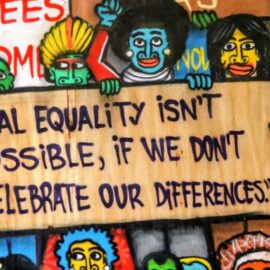